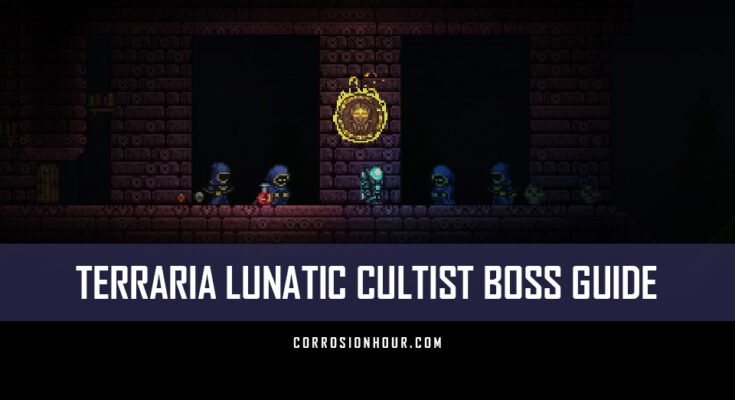 The Lunatic Cultist, the mad lad himself, is here with a barrage of magic.

The Lunatic Cultist’s defeat triggers the Lunar Events; which ultimately leads to the final fight with the Mood Lord. Defeating the Lunatic Cultist also unlocks the ability to craft Luminite armor and weapons.

We’ll show you how to handle the Lunatic Cultist with this Terraria boss guide. 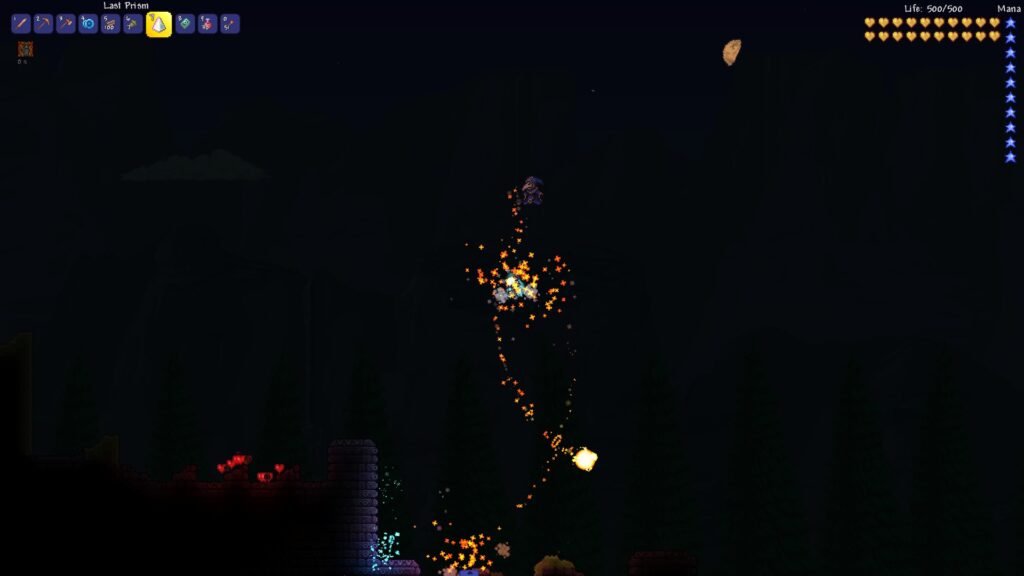 What the boss, Lunatic Cultist can do

The cultist is capable of using several magic attacks, each with its attributes. His fireball attack summons three homing fireballs capable of burning the player and doing damage over time. He can also use a rotating ice ball that shoots six shards before it vanishes.

He can also summon an orb that shoots lightning in a straight line toward the player. When his health dips, he’ll add another attack that summons two sets of light balls that he’ll throw at you. These are breakable, and you can knock them out before they hit you.

Beware as he gains an additional attack on expert mode, which has him summon an ancient doom that will explode in a cross-shaped pattern. Every 4 to 5 attacks, he’ll create clones of himself, which will glow at night to help distinguish them.

If they are killed or exist long enough, they will spawn a phantasm dragon or ancient vision that will hunt you down during the battle. HOWEVER, if you attack the real cultist, these will not generate, so make that your top priority.

The biggest thing that separates the cultist from every other boss so far is his size. Given that he is much smaller, you’ll want something with good homing to hit him. We don’t recommend using a homing weapon while his clones are out; otherwise, you’ll run the risk of summoning a phantasm dragon.

You’ll want to use the influx weaver to focus on single target damage while using your homing weapons during the downtime. Beware of an area of effect magic during this fight and stick to weapons with a tighter spread.

You’ll need to knock out the preliminary goons before fighting this boss, as that will spawn him in. Once he appears, focus on dodging his initial spell as he can’t be hurt. Once he moves away from his spawn, he’ll begin to cycle through his various magic spells.

You’ll want to take some sharp movements for his fire spell, and either use your platforms to dodge below or fly above. You can get in some hits during this by using your Flairon or aiming for him with the Xenopopper. 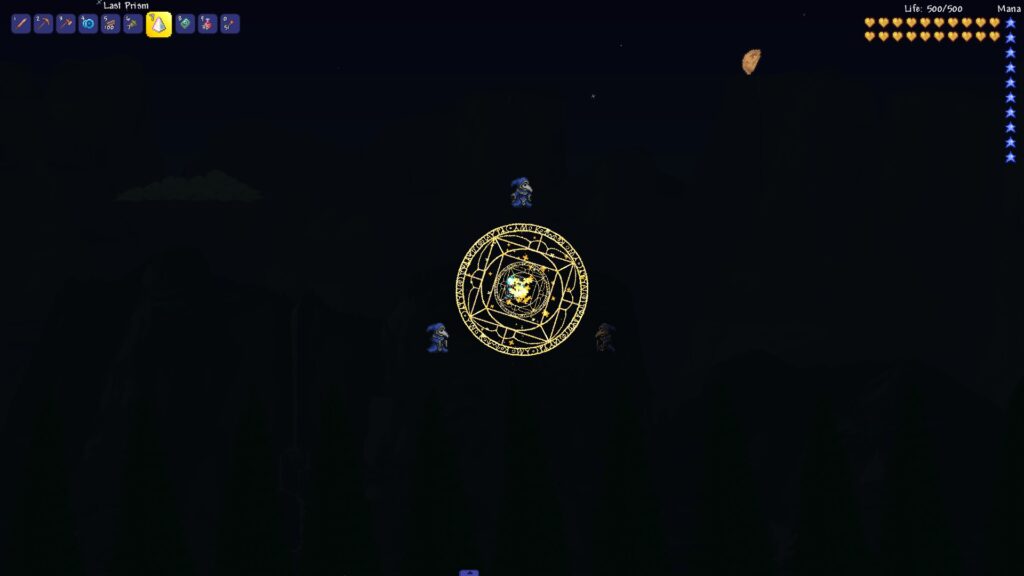 If he uses his lightning spell, watch out for the trails and move either vertically or horizontally based on the angle. You’ll want to back away from his ice attack and shoot him from afar, given that the icicles spread out the further they go.

You have plenty of free time to shoot him after each of these attacks, so continue to pile up the damage. When the clones appear, look for the one without the glow (assuming you’re doing this at night) and lay waste on the cultist.

Stick close to him while dodging his spells, and you’ll have trounced this loony!

From madness to peace

You’ve taken down the crazy fool and are ready for the ultimate challenge, the moon lord. Be sure to check out the rest of our Terraria guides!

If you really get stuck trying to take down the Lunatic Cultist, there’s plenty of video guides out there to assist you.