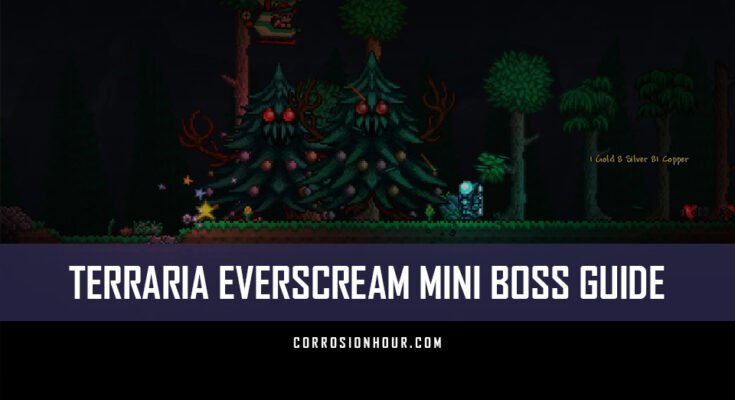 This pine tree is neither holly nor jolly as it is ready to destroy would-be holiday fans.

Here’s how to tackle the dreaded Everscream. 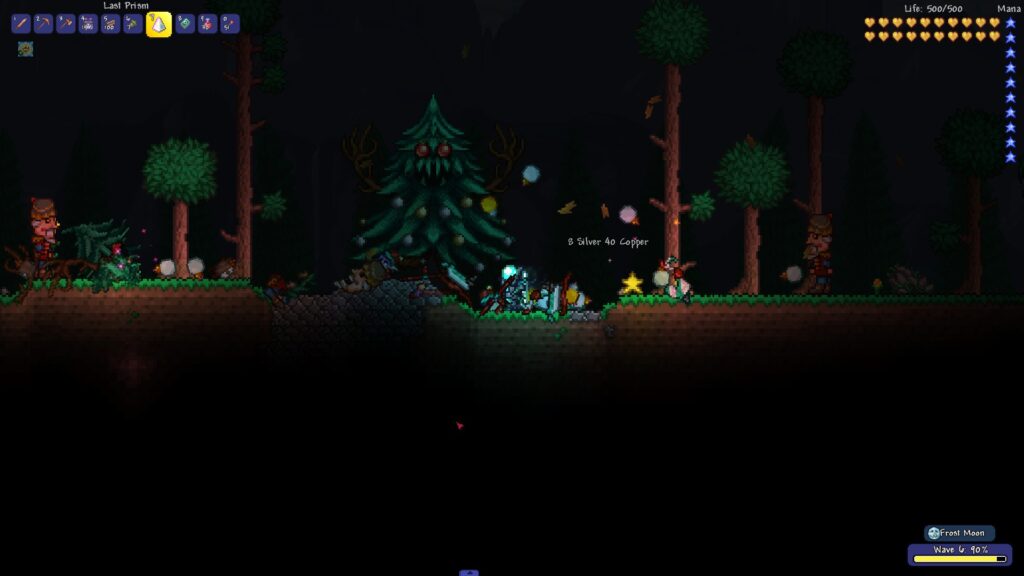 What the mini-boss, Everscream can do

The Everscream essentially functions as the winter event’s equivalent of the Mourning Wood. It is also capable of using two attacks. The first of which launches several pine needles toward the player in a quick motion. These are not able to pierce terrain, and you can block them with intelligent positioning.

The Everscream can also launch several ornaments at the player who will bounce around the battlefield. It’s essential to keep in mind that these will break after 5 seconds, and their shrapnel will inflict damage. These are affected by gravity, so you can stand on the platform without worrying about this in theory.

The Everscream can also hover to catch up to distant players, so watch out! You’ll also have to deal with foes unique to this event, including zombie elves and archers, which will march toward the player and shoot them, respectively.

There are also present mimics that try to lunge and bite the player. Other quirky foes include the gingerbread man, who will again march forward. These are just some of the threats to take down while fighting the early waves of the frost moon.

Like most horde-based fights, you’ll want to lay down any form of summoning magic as you will be overwhelmed throughout this fight.

Thankfully the early waves won’t provide as much trouble, but it’s good practice nonetheless. You can opt to use the classic influx waver for melee options, or you can rain down danger from above with ranged weapons such as the Xenopopper and crystal bullets.

Get your summoning magic ready early to help deal with the waves of enemies, and you’ll eventually come toe to toe with the Everscream. Use terrain to your advantage and try to be above the tree whenever possible. 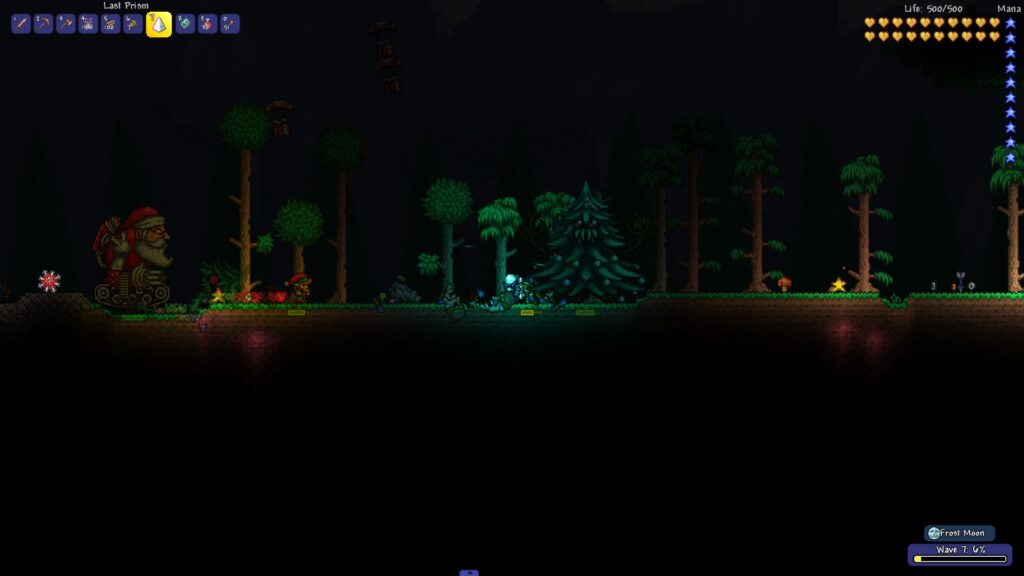 If you have explosives or a Molotov, you can chuck them as the tree attempts to reach you, and the splash effect can hit other minions in the process. Watch out for contact damage as it can add up.

The ornaments are much more dangerous once they shatter, as the shrapnel does hurt. Wings or a grappling hook can get you out of a bad situation at a moment’s notice. The pine needles’ speed may catch players off guard, but quick reflexes can save the day.

If you are feeling brave, you can opt to slash at it with a melee weapon. Just bear in mind its movement so as not to be face first with an exploding ornament. Keep laying the smackdown, and you’ll finish the Everscream!

There are still two more mini-bosses to go for the frost moon event. Be sure to check out our other boss guides to take down even more eldritch horrors!

If you really get stuck trying to take down Everscream, there’s plenty of video guides out there to assist you. 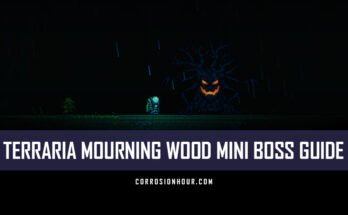