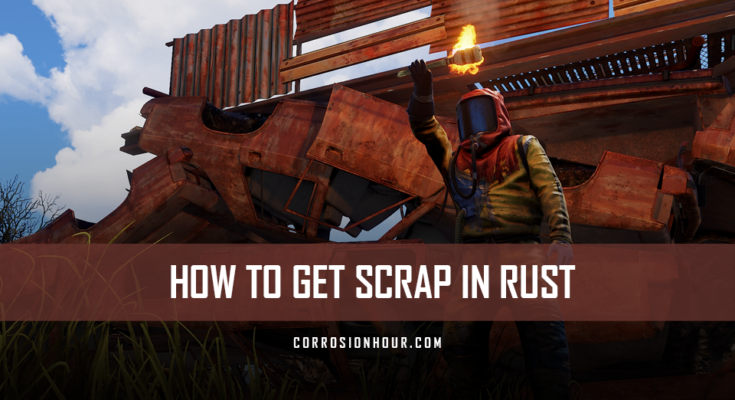 The Best Ways to Get Scrap in RUST.

Scrap makes the world go round, or so they say. So, it’s essential that players, new and old, come to terms with getting scrap in RUST and putting it to work. Instead of dollars, the RUST economy runs on scrap.

Thus scrap finds its way into every aspect of RUST. Fortunately, there are many methods of getting scrap in RUST that cater to every play style. Whether you would rather play it safe or enjoy risk and confrontation, there’s a method of scrap collecting for you. To get scrap, you can:

Getting scrap is critical for:

The workbenches are crucial to expanding the utility of your base. Without one, you cannot craft beyond simple stone tools and rudimentary base components. And so your first large investment of scrap will go into your level 1 workbench. Once you have your first workbench down, a relatively small investment of 50 scrap, you’ll want to use the bench to make a research table.

The workbenches and research table are where you will utilize the majority of your scrap, spending scrap to either research new blueprints or using the workbenches to experiment for new items. See our “How to Get Blueprints in RUST” guide for more information. But this isn’t where the usefulness of scrap ends.

Take a flight or set your sails with scrap

Bandit Camp has several vendors who will sell you a range of useful items. These shops are invaluable for when you tire of the grind of searching for something in crates or at monuments.

Scrap at the bandit camp can purchase a wide variety of essential items. 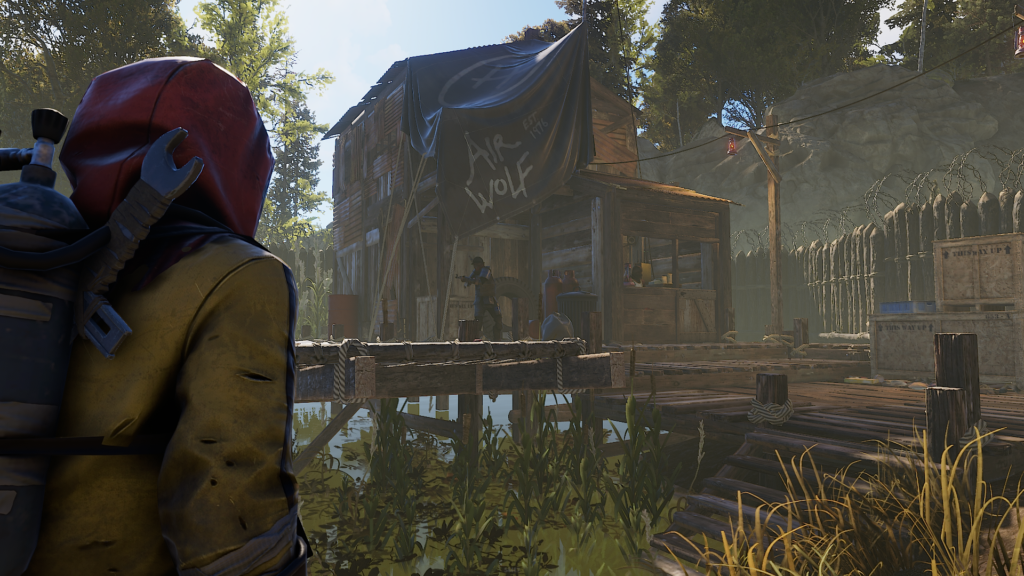 A newer feature to RUST is the vehicle vendor shops. The Air Wolf vendor at the Bandit Camp and the vendors at the Fishing Villages along the coast will sell air-based vehicles and boats, respectively. Each vehicle can be purchased only with scrap, meaning that players will need to keep a sum of spendable scrap around if they are prone to crashing, sinking, or otherwise losing their vehicles often.

Lastly, it’s essential to know how to get scrap in RUST so that you can take part in the player economy. Either through taking part in public trades, exchanging at shopfront windows, or using player built vending machines, scrap is always in demand.

Find scrap in crates and barrels

As you travel the roads and monuments of RUST, you’ll find more than a few barrels and boxes. Every Barrel will net you two scrap, which may not sound like much. However, barrels will add up as you go, finding 2-3 per roadside or floating junk pile. 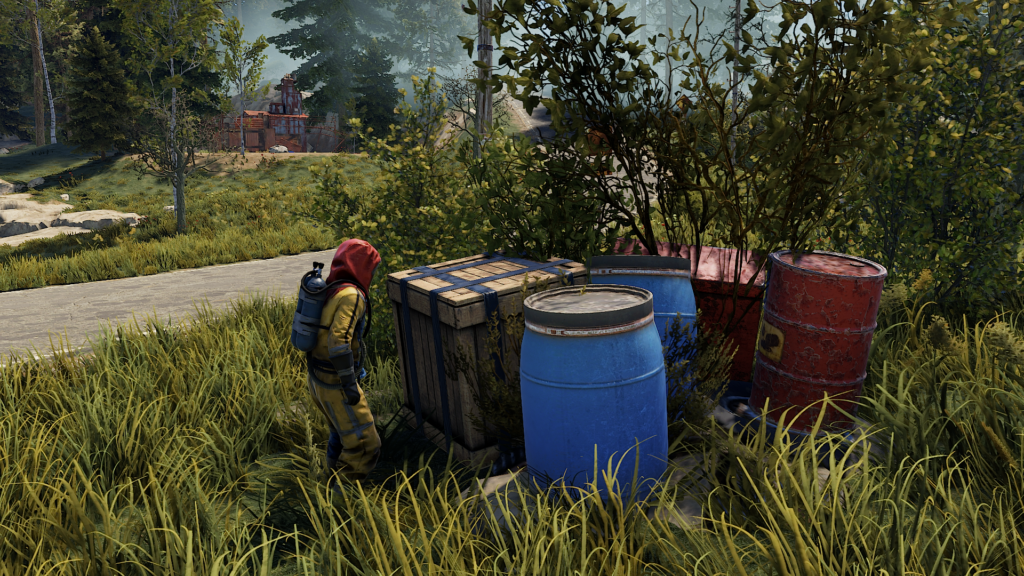 Crates will always give you scrap, but the yield varies between crate types. Basic crates and toolboxes, for example, will get you a guaranteed five scrap. You’ll get more scrap from a toolbox or military crate at eight pieces. But the big winner for crates is the Elite Tier crates, packing a whopping 25 scrap.

You get ten scrap from sunken chests if you’re into deep-sea diving, but they are the only crate with a percentage chance of containing scrap. At 90%, it’s not a bad chance, but you’re not going to get scrap every time.

Loot scrap off of defeated NPCs and players

The rad-suit scientist you find wandering the roadside has a 1 in 4 chance of dropping anywhere between 8 to 22 scrap. The possibility of them having scrap is relatively low, and unlike crates and barrels, these scientists are packing heat.

Scientists are very wary of players, and they will open fire on you if you get too close. If you’re patrolling the roads, you’re not likely to have the gear to survive a gunfight just yet, so if you must fight a scientist, stick to cover, and aim for head-shots with your bow, melee simply isn’t an option.

A considerable downside to fighting a scientist is that their gun makes an awful lot of noise. Like sharks smelling blood in the water, RUST players will hear for miles around, and smart ones will know that somebody is running the roads, getting scrap.

And so, why run the roads yourself, when you could simply wait for the sounds of some poor person getting into a kerfuffle with a scientist. Once the scientist is down, and the wounded player is recovering, it’s an easy job to jump in, finish off that player, and loot the reward.

Players leaving monuments, the outpost, or bandit-camp are also likely candidates for scrap hauling. If not scrap, then the precious materials scrap can buy, making them ideal targets for restocking your scrap pile.

You can trade in several items at the bandit-camp for scrap. The exchange rate for most items is relatively low, except for the door keycards. If you find yourself with keycards running low on health, or you can’t be bothered running the monument puzzles, the bandit-camp vendors will buy them from you at a reasonable price.

As you travel, you’re likely to gather many resources you simply no longer want or need. There are recyclers at most monuments that can change these items back into their base materials, and in a few cases, a small amount of scrap. 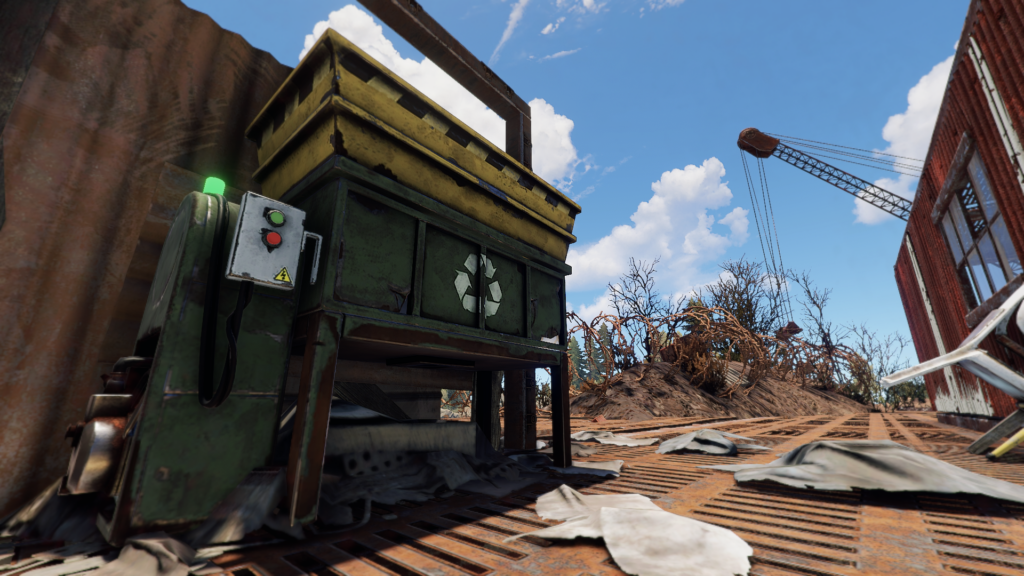 Small components like the propane tanks, pipes, and blades will only give between 1 and 5 scrap, but you find these items in bulk, usually incidentally to the things you are trying to find. High-quality car parts, gears, and springs will give you ten scrap, but you’re more likely to want to hang onto these for their mid-game utility.

Sometimes, in your early to mid-game, you might find yourself with end-game materials that you cannot yet use. In those cases, it might be worth your while to recycle that tech trash or rifle body for 20-25 scrap a piece.

At the outpost and bandit-camp, you are safe from players while you recycle. Players cannot attack with weapons, and your only danger is a player following you as you leave. The recycler cannot be looted by other people so long as you have the recycler’s UI window open. So stay atop or behind the recycler, so that players don’t push you out of the way.

The recyclers are also available at monuments. However, without the security afforded by going to bandit-camp or outpost, you will have to be capable of defending the recycler yourself. Be aware that players approaching the monument will hear the recycler running, giving them the advantage.

Gamble your hard-earned scrap away

The bandit camp features a gambling wheel, where you can put your precious scrap on the line. At rates of 1.1, 1.3, 1.5, 1.10, and the big winner 1.20, gambling is an attractive way to turn your small amounts of scrap into a fortune quickly. 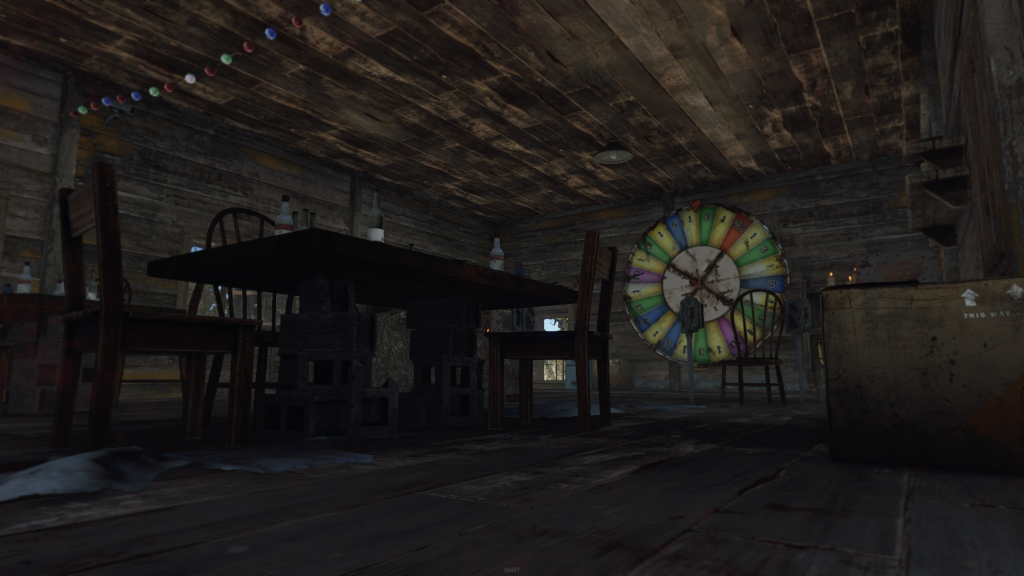 However, despite what anybody promises, the game is rigged in the house’s favor. No method of abusing the system works, and along any reasonable timeline, the house will win back any of its payouts. That’s not to say it can’t be a bit of fun.

Just remember, while every server has its story of a player who won it big on a spin of the wheel, all those hundreds who quietly lost their scrap went home without saying a word.

Your journey to a scrap-filled base

How you get scrap in RUST depends mainly on your play style. If you want to avoid other players, you might take a boat out and go diving for barrels and sunken crates. If you’re happy to farm it at a decent pace, maybe the roads and monuments are for you. Once you’re more established on the map and know how busy individual monuments are, you might start taking trips to the recycler.

How far you are through a wipe will also help guide you to which method is most effective and safe. But hey, nothing is stopping you from taking a trip to the bandit camp gambling wheel and putting it all on 20.