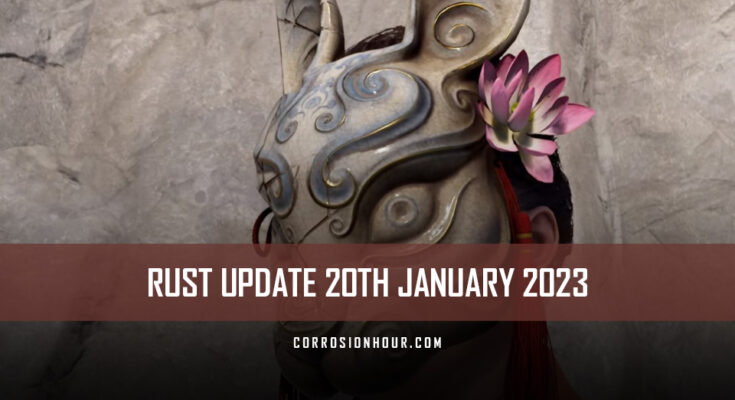 As we all knew would happen, feedback and concerns over the RUST Industrial System have filtered back to the development team, and changes have occurred. The most noteworthy of the commits during this past week’s development is the prevention of pipes from passing through walls. It’s no longer a thing. On the other hand, pipes still pass through wall frames and doorways, and doors in these frames can close and lock, which means you can still gate your industrially-piped TC,  but your grand plans for an impenetrable fortress of loot are unfortunately out the window.

And just in case you were scheming up ways to get around this, pipes now have a slight thickness to them, preventing them from being fed through construction gaps. Not to worry, though; you still don’t have to sew your own pants or even put them away because lockers have been upgraded to accommodate three storage adapters, one for each kit compartment.

Outside of the Industrial System, commits around a player-controlled attack helicopter prefab have surfaced. It sounds like a player-driven version of the attack helicopter is in the works that will operate similarly to the minicopter. While not a lot of detail is available yet, like how to acquire the player attack helicopter or how much it costs,  we’ll provide more information as development progresses.

Other changes in this week’s RUST Update

Greetings, survivors and friends, your uncle Shadowfrax here once again cracking open your weekly window on Rust development where the fun never ends, and the game just keeps getting more and more fun and optimized. And what’s all this about a new helicopter? I’ll tell you in a bit.

Also, today, how would you fancy a chance to win one of three high-spec industrial strength Rust servers? Well, stay tuned, and I’ll tell you how shortly!

But first! Just when you thought it was safe to wall off your tool cupboard and throw away the hammer, the feedback received so far regarding the fancy new industrial crafting system has fed back into development, and reality has reasserted itself on us once more.

You know the drill. Thing gets added, thing is fun, the TEAM decides thing is too much fun, and the thing gets nerfed into oblivion. This week’s nerf therefore comes in the shape of a major change to the upcoming industrial crafting system that absolutely nobody saw coming.

It has been decided that you’ll now only be able to run pipes through doorways (and wall frames) which, apart from the obvious trip hazards and crimping issues, does put a big dent in the idea of having hermetically sealed tool cupboards and being able to store your loot in a cloud of black boxes.

Honestly, though, I couldn’t see a way that they would not have had to do this, but then that’s why stuff gets tested first whilst it’s still SUBJECT TO CHANGE. Good job; no major game-changing changes ever get foisted upon you without a bit of notice, eh? Let me know what you think of this adjustment in the comments, please.

You can, of course, place doors on top of pipes, and lockers are now getting an extra couple of adaptor slots, so you’ll have one for each of the three internal compartments, and there are a number of new electrical connections on conveyors, such as filter fail and pass which will enable you to see whether required goods are available.

In other news, as it’s that time of year again, prepare yourself for some rabbit droppings, as a new mask has appeared, so yes, we are still on track to finally get a horse one in 2026.

There are a couple of placement tweaks coming to fix small sign deployment on walls and allow huge wooden signs to be placed on all sides of walls.

And in a groundbreaking and, may I say, game-fixing change, the icon for mushrooms is apparently now going to be the same as they actually look in-game instead of a cheap brown copy. This does raise the question as to why we’re eating large quantities of fly agaric and still running around like everything is fine. But that’s another story for another time.

In works in progress; still, lots going on and a ton of stuff clogging up the pipeline, which will no doubt all come away at some point in one massive rusty plug. But as mentioned last week, work continues on remote control drones and turrets, plus weapon racks and a new nuclear missile silo monument.

There’s a body of work going on to improve performance as it relates to water catchers, and it would seem that a redesign is coming to the compound, as it was introduced before flying vehicles, and there are a number of invisible walls to prevent players going out of bounds, which we all love to do of course. It looks like it’ll not just be a redesign, but there will be some new textures involved, such as cobblestone roads.

And talking of flying vehicles, there are a lot of commits at the moment related to attack heli work, and apparently, this refers to a new flying vehicle for players that’s going to be a bit like an upgraded minicopter with the same kind of junk like look but presumably with some sort of offensive capabilities. No visuals or further details right now, but you know I’ll tell you as soon as I know more. So do make sure you’re subscribed to stay in the loop!

Look, have you ever seen these things inside? There are no scientists, but they do have first aid kits.

Right, so I have a giveaway this week for you to enter if you’d like to win something Rust related. My amazing sponsor over at Iceline hosting is putting three high-spec Rust servers up for grabs.

If you win one, you’ll get it for a month completely free to do whatever you want with, and each comes with 40 gigs of storage, industry-leading DDoS protection, is optimized for up to 200 players, and has an interface that makes installing mods and plugins an absolute breeze. You’ll find a link to the giveaway below, and I’ll run it till this Sunday, when I’ll be picking three entries at random! And also, I’d like to mention you can, of course, get 35% off your first month of hosting on any of their servers by using code Shadowfrax on their website!

I’d really like to know what you think about the piping changes I’ve mentioned, as we’ve only got a couple of weeks until it goes live, and also the prospect of a new chopper, so please let me know your thoughts in the comments.

You are now super up to date, don’t forget you can stay connected to get updates on my content on all my socials below and see me streaming stuff live on Twitch, plus if you’d like to support the channel, there are various options, and I’m super grateful to all my supporters on Patreon as you can see here. I shall catch you all very soon, but in the meantime, keep calm and stay rusty, cheerio! 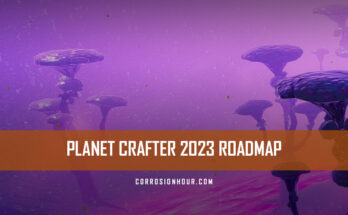 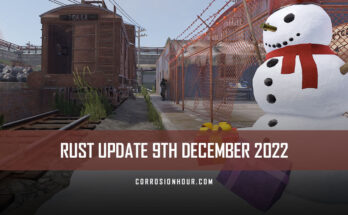