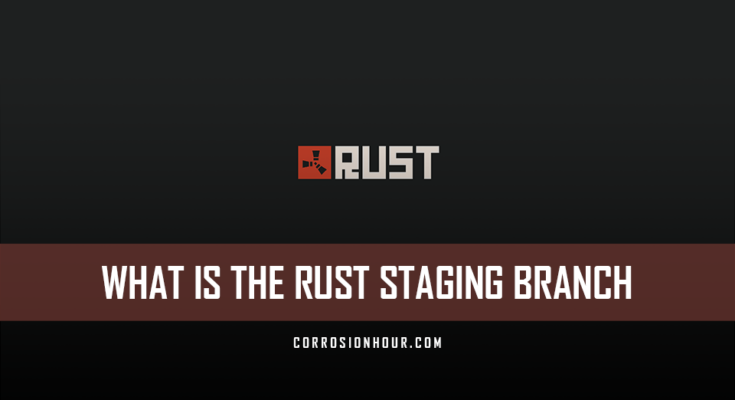 If you’ve ever followed RUST news, you’ve likely heard about the RUST staging branch. You might even have a rough idea of what it is but aren’t sure if you should check it out.

In this post, we’ll layout precisely what the RUST staging branch is, how to access it, and examine whether or not it’s the right environment for you to play RUST.

What is the RUST staging server, and what is it for?

RUST servers, without mods, exist in two primary forms to the player populous; release and staging. The release RUST build is a copy of the game that the developers publish as a finished product.

Game elements that make it to the release build are complete because the primary development team has mostly completed them and moved on to new feature development.

Publishing to release doesn’t mean that the new features aren’t prone to change, but they are, by and large, working as intended. Future changes are likely to come in the form of adjustment values rather than total reworks.

On the other end is the RUST staging branch servers. These servers host a ‘development copy’ of the game. But it’s better phrased as a developing copy of the game.

Whenever there is a new feature that needs testing in an active and live server environment, it gets pushed to staging. The changes can come in large content patches, existing content adjustments, and bug fixes.

Depending on the new features’ size and scale, the developers may push content to staging some weeks before going live. Facepunch does this to gather information on how the new features affect server stability and let players get their hands on the content.

Giving players early access in a relatively sterile environment also lets them see any glaring exploits or faults in the proposed features and allows the developers to make necessary adjustments before the features go live. 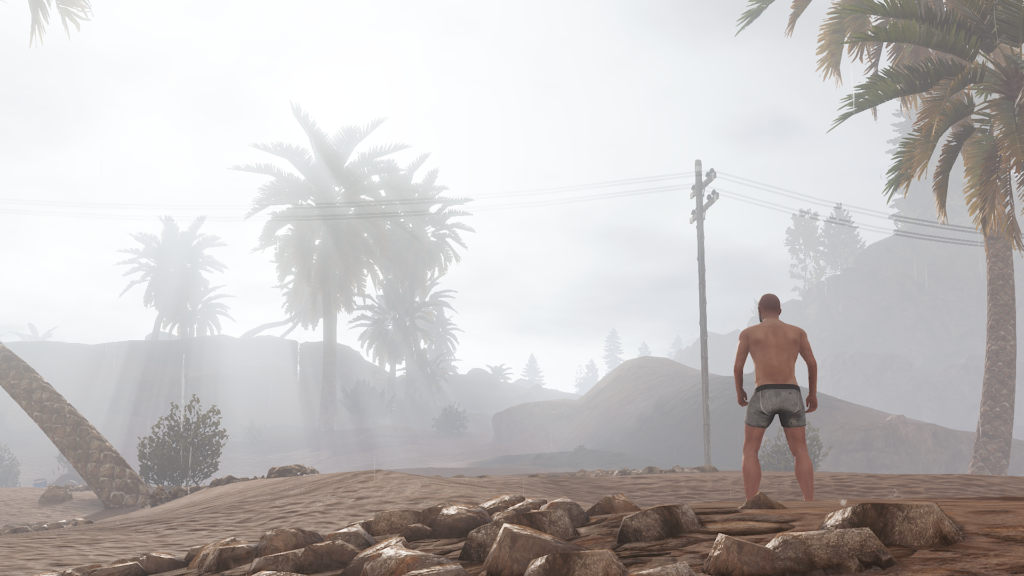 This kind of server may sound appealing as you can get your hands on content early and play with new features before other players, such as the RUST weather system 2.0 (pictured above.) One downside of playing on a staging server is the lack of stability and the frequency of patches and updates.

If your client updates and a staging server doesn’t, you are unlikely to be able to connect back to that server until the host resets and updates it.

If you know that all you want is to experience the new content quickly, then staging might be for you. But if you’re keen to play RUST for more long-term purposes, then stay away from staging servers. Use them for what they’re intended for, and there’s no issue!

As it is a different copy of the game than the standard live-build, you will need to download a new copy of the RUST client through Steam.

In your steam library, either find the RUST staging branch client or type staging into the search bar while on your games tab.

Once you’ve downloaded and installed the client as you would any other steam title, you can launch the staging branch. 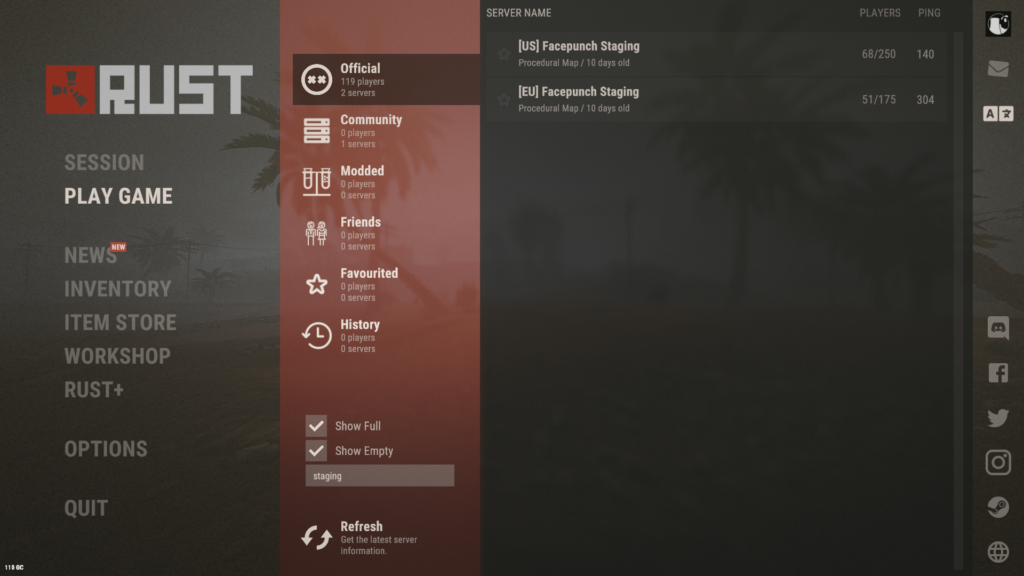 Use the server search function as you would usually find a server that suits your needs. Keep in mind that servers reset frequency is at the behest of the server owner, and they may update daily or as frequently as Facepunch pushes out patches.

Have fun playing with the RUST staging branch

And that’s all there is to it. If you can’t connect to a server, a new code push has likely taken place, and you either need to close your RUST client so that Steam can update it, or the server host must update and reset the server.

You can only connect if your steam client and server have matching copies of the staging branch.

As we stated, it’s a great environment to get familiar with upcoming content, but due to how often the branch updates and Steam frequently updating your client automatically, don’t be surprised when you can’t access a server you were playing on.

So when a new feature like RUST’s electricity or a farming patch looms on the horizon, and you can’t help yourself, jump onto a staging branch and give it a go. Impress your friends with your first-hand knowledge when content drops, but most importantly, have fun.