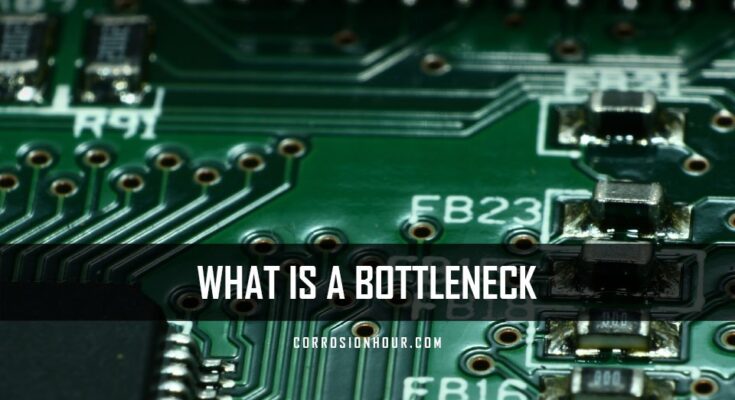 Bottlenecks in the system

What is a bottleneck

Bottlenecks can be thought of as choke points inside of a computer system. Each component has its respective responsibilities to the data flowing through the computer and is susceptible to encountering a bottleneck. Each component must communicate and pass along the data it’s processed to the next piece in the system.

Why do bottlenecks matter

When you’re deciding on what hardware components to purchase for a new gaming PC or when you’re upgrading an existing gaming PC, it’s critical to understand what bottlenecks are and where they are, so you can prevent buying components that will be hindered by other components in the system.

In particular, CPUs and GPUs, that encounter “bottlenecking” are prevented from performing at their full potential because they’ve only been given a portion of the data. These components are critical when you’re expecting high performance from your system. Much of the focus around bottlenecks are centered around these two components as they often provide much of the competitive edge you need in modern PC gaming.

At the end of the day, when you understand what “bottlenecking” is, you may save yourself, family and friends some cash when buying or upgrading a gaming PC, but more importantly – you may get the high performance you were after.

A CPU bottleneck occurs when the CPU other hardware components, such as video cards, are sending data to it to be processed and the CPU is unable to keep up with the speed of the requests. This is when the bottleneck occurs and the data transfer rate begins to slow down from the rest of the system.

Many tasks performed in PC games are “CPU bound”, such as the draw distance, game shadows and lighting effects, as they’re more intensive tasks specifically designed for a CPU rather than your graphics card. These items are also used in calculating your FPS (frames per second), so it’s critical when selecting a CPU in combination with your graphics card that the two are well optimized for each other.

A GPU bottleneck, which operates nearly identical to a CPU in regards to “bottlenecking”, occurs when the CPU is sending more data to be processed than the GPU is able to keep up with. This is when the bottleneck occurs and the data transfer rate begins to slow down from the rest of the system.

Most GPU bottlenecks have little that can be done to address them. You’re often left having to modify and lower your video game settings to something the system can handle. Some GPUs have built in overclocking abilities, which can help speed up their processing abilities, but these can put much more stress on the video cards and shorten their lifespans. In addition to this, GPU bottlenecks are more likely to occur in modern gaming PCs.

How do you detect CPU and GPU bottlenecks

When trying to detect CPU and GPU bottlenecks, the use of software comes in hand. There are plenty of tools out there that will aid you in monitoring the system’s load on the CPU and GPU. Often they provide graphical outputs (charts) that can be used to easily diagnose any bottlenecks that are present while an application is underway.

Here’s a list of free software that can help you monitor your system’s performance while also identifying where your bottlenecks are. 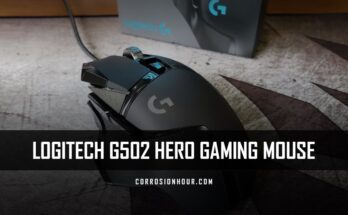 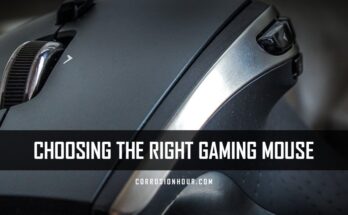 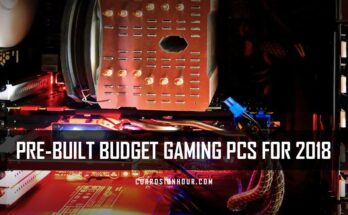