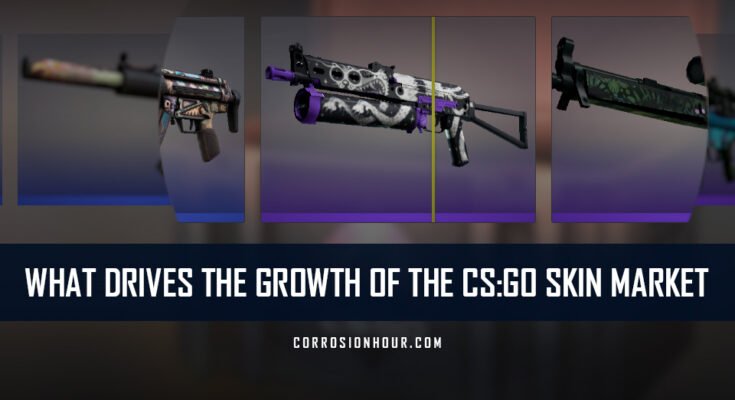 Bragging rights, collector’s itch, what draws you back in?

Since the initial release of Counter-Strike: Global Offensive by Valve Corporation, the game’s creators have been tirelessly toiling away, delivering update after update to refine and improve the experience.

However, gamers today play for more than the thrill of the kill; some look towards acquiring and exchanging skins and other in-game items to customize their characters and improve their gameplay. These days, skins are an integral aspect of every MMORPG and the communities that form around them. Players have devised fascinating methods for exchanging, giving away, gambling, selling, and buying CS:GO skins.

Given the level of enthusiasm for these cosmetic items, CS:GO trading quickly became an integral component of the community and the game itself. The Counter-Strike: Global Offensive (CS:GO) skin market is booming at the moment, with a plethora of CS:GO trade sites available online where players can buy, sell, and learn trading strategies and tips, as well as keep up with the newest CS:GO news. In light of this, let’s examine many of the most compelling arguments for entering the CS:GO skin trade market.

The ever-growing popularity of CS:GO

Since its start in 1999, Counter Strike’s player base has grown steadily. More than 24 million players now play regularly, making it a worldwide sensation in the gaming industry. The game’s popularity is highest in the US, Brazil, Germany, UK, and Russia. The skin market is expected to expand in tandem with game sales since both have been growing each year steadily.

Long past us are the days when skins didn’t exist in the game, and players seldom considered the aesthetic value of their weapons. It’s clear as daylight that the game has evolved significantly from its beginning days. Adding skins has dramatically increased the game’s appeal and added a sense of collectibility to an otherwise digital product.

The thrill of a successful skin exchange ultimately determines your level of enthusiasm and satisfaction. Many players are obsessed with unlocking new skins and testing them in various games. In the beginning, it was all about who could shoot the other player down the fastest. These days, it has a lot to do with integrating into the CS: GO scene and reaping the rewards of doing so. 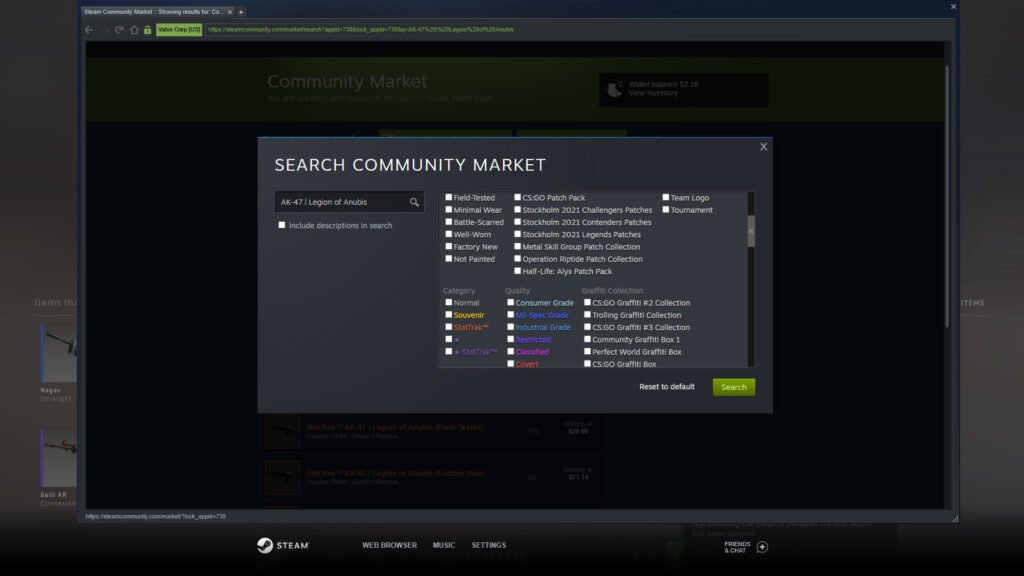 The video game industry was quick to capitalize on the rising trend of people playing video games at home by organizing worldwide tournaments of titles like Counter-Strike: Global Offensive and other competitive titles. This trend opened a new revenue stream for the industry to begin profiting.

The amount of money awarded at tournaments as a prize may be substantial, and many businesses provide winners and runners-up with considerable quantities of cash. One of the very few games to have ever paid out more than $100 million to competition contestants is Counter-Strike: Global Offensive.

It is not sufficient to only possess the skills necessary to participate in contests and have a chance of winning. We want to impress, but looking the part is essential to many gamers if you’re playing in front of a global audience. If you often play versus your buddies, changing the skins you wear is crucial.

The weeks leading up to the start of a tournament saw a significant increase in the number of skins purchased by customers. This is because every participant wants to show off their newest and most impressive skins to an audience of over one billion people.

A seemingly endless supply of skins to choose from 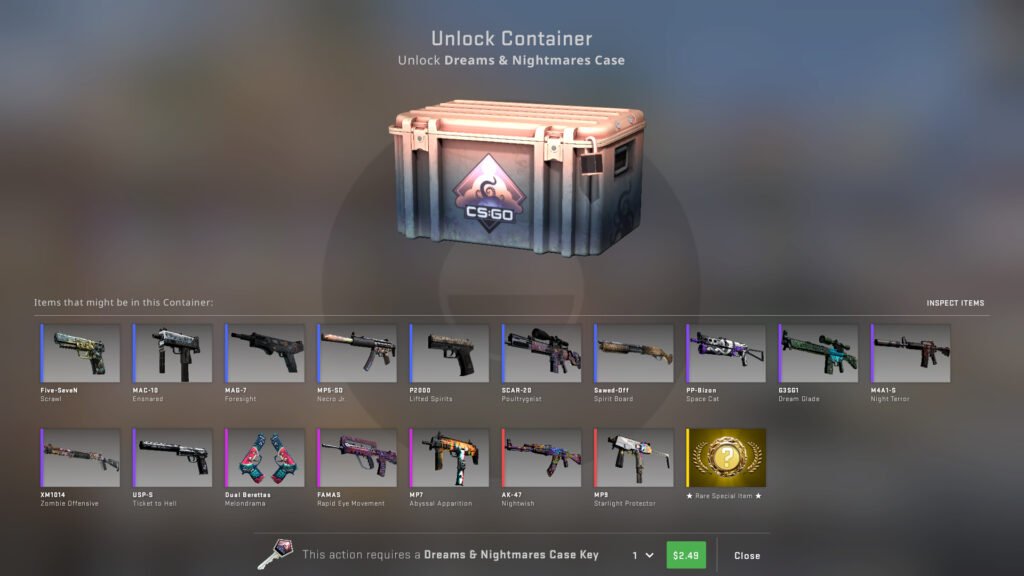 A player unfamiliar with CS:GO may not think twice about a new skin being released, but veterans know that certain skins, like Desert Eagle, are destined to become fan favorites. This means that trading such skins may provide a substantial supplemental income.

Each update drops one of the highly uncommon skins, gloves, knives, or other equipment. However, these objects tend to have a far higher value than the rest of the collection. That keeps things exciting; earning the game’s rarest stuff is part of the fun.

Players can profit from skins.

The market for buying and selling skins for video games has exploded with the growth in the popularity of competitive online games. Skins in Counter-Strike: Global Offensive have sold for as much as $150,000 USD on live streams. There was a lot of demand for the AK-47 Case Hardened skin among players and comparable goods sold for high amounts in the past. Many gamers treat this like a business, collecting them to sell for a considerable profit while still getting to play the game they love.

Tragically, as with any lucrative activity, an underground market has developed, and skin gambling is commonplace in gaming communities. Studies have shown the widespread gambling of skins, which is a significant issue for authorities. This is especially so as underaged children have managed to make up a considerable user base percentage of these gambling operations.

Trading can be quite enjoyable.

The act of trading may be rather enjoyable. You may talk about your experiences with other players, receive brand-new skins, trade the ones you have for extremely uncommon ones, discover excellent alternatives to earn money, and make friends from all over the globe, in addition to a lot of other things.

You may build your inventory to be a fascinating one, invest in the rarest skins to get a tremendous return on your investment, and the choices are unlimited. You can control your inventory and the methods you choose to grow it.

There has never been a better time to start a skin collection from the ground floor. The accessibility and sheer options available on skin marketplaces continue to expand faster than ever. If you choose to, you can even focus on earning money by trading CS:GO skins. Some players become enthusiasts in the skin niche and CS:GO community. Some enjoy purchasing and collecting their favorite cosmetic items and look forward to playing the game with them as options to choose from. Possibilities abound regarding the CS:GO skin market, which is typical of any expanding market in this day and age.