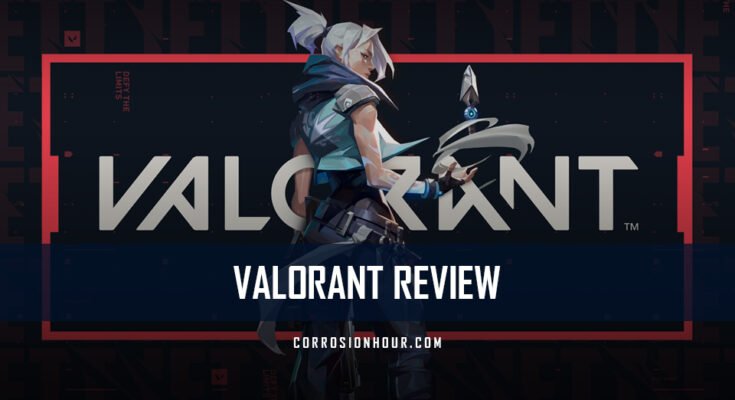 A team-based FPS with sharp gunplay and tactical abilities

Valorant is Riot Games’ first first-person shooter game in their expanding library of games and is a free-to-play game. This 5v5 character-based tactical shooter combines elements of traditional precise gunplay of FPS games with agent abilities to create an exciting new style of gameplay that takes it beyond other FPS games.

The two teams alternate between attacking and planting a spike (a bomb-like device) and defending and diffusing the spike. The first team to win 13 rounds of attack and defense wins.

Due to being released during the Coronavirus pandemic, the game had a very positive response, especially since it is a free-to-play game.

Valorant is set in the near future, with the date being around 2050, although the Riot developers have been hesitant to use any concrete dates. An event known as First Light occurred around ten years before the period of the game (and the cinematics for the game). It was a global supercharged Radianite event that caused a global power outage, among other things.

Radianite is at the core of the game, being an almost magical substance. Some people have emerged as having superpowers after the First Light event, and these people became known as Radiants. Those with extreme superpowers have been pulled onto the Valorant Protocol team, such as Jett and Phoenix, two agents in Valorant.

After the First Light event (any time after is called aFL), Radianite was understood to help advance technology, and a huge tech boom occurred. In the Valorant Protocol, the tech users either build their tech with Radianite or power their tech with it. However, Radianite didn’t originate with First Light but has been around for centuries, as there is a samurai suit of armor on the Icebox map that was Radianite-infused. 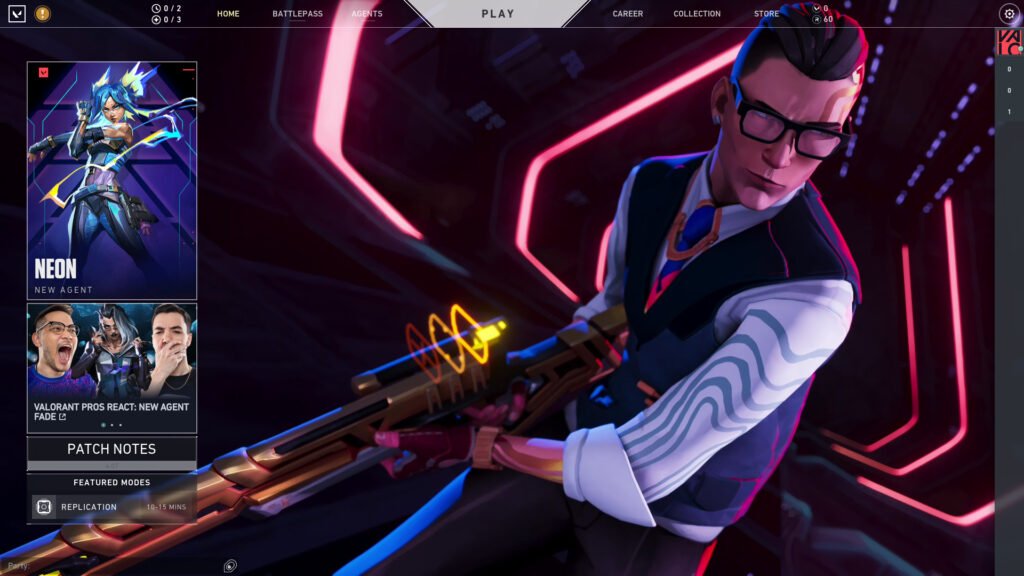 Valorant also has a multiple-earth storyline, which is how two opposing teams with the same agents are explained in the game. Agents have voice lines that reference this mirror world and what the mirror agents are thinking.

While the lore of Valorant has proved extensive, with Riot leaving hints in cinematics, in various cosmetics, and even through leaks, players don’t need to know the lore or storyline in order to play the game successfully. Understanding the lore will give insight into agents, voice lines, and the motivations moving the Valorant story forward.

For many Valorant players, competition is amongst their highest priorities, and with it naturally comes the concept of optimization. Valorant is optimized to run on various graphics cards and has many options to optimize FPS for players’ individual setups. For players that use laptops for gaming, there are in-game options to help optimize graphics while running faster.

Lowering settings for graphics such as textures or limiting frames can help the game run faster for the most accurate gameplay. Issues with packet loss and ping have plagued players in the past, but Riot releases patches approximately every two weeks that frequently address problems with graphics and gameplay.

Valorant’s menu systems and gameplay are rich in graphical effects. Overall they are smooth, crisp, and performant in just about all settings levels, making it highly accessible to all players. With this design choice, its less realistic, but still beautiful. As players gain more experience with Valorant, they’ll notice each Agent’s special abilities carry unique designs that will become integral to players situational awareness. They’re so prominent in the game, it’s worth the mention. With regards to other competitive games, Valorant holds its own.

The sound design in Valorant is impressive due to the use of directional sound, echoes, and sound cues that can help players determine the locations of enemy and team fights even without a visual. Players can limit the amount of sound they make by slow walking or crouch walking. Directional sound is an option that imitates real life by sending sound from the direction in which the sound is happening.

Valorant also has team voice chat that can help players accurately communicate callouts; however, players also have the ability to mute individual teammates that may be causing disruption in the game over voice chat.

Players of Valorant will get to select an agent to play, utilize the agent’s abilities and precise gunplay and game sense, along with team strategy to attack and defend sites on the various maps. Each agent is equipped with special abilities such as movement abilities, grenades, gravity-based abilities, and more. These abilities can be combined with other agent abilities to create plays, and good coordination between teams can sway fights in that team’s favor. 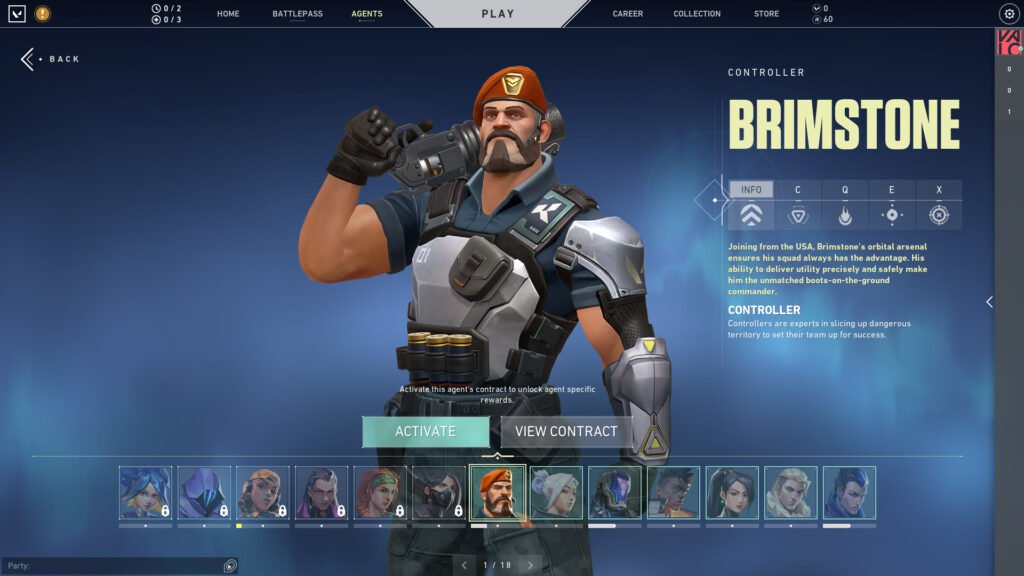 The game also has the ability to ping in-game, and players can alert teammates to the enemy in the area, weapons on the ground, or even ping directions. Pings can also be used to suggest locations for abilities or places to plant the spike. Players can pull up a full-screen map overlay to see names of locations, and can also ping on the large map as needed.

Once players have been eliminated, they are still able to communicate with their team through voice chat, typed chat, and map pings while spectating other teammates.

Weapons in Valorant are purchased during buy rounds, along with abilities. Valorant has a wide variety of guns available for purchase, such as pistols, shotguns, light and heavy machine guns, and snipers. The first few rounds of a match are typically pistol rounds due to low funds, and as players win rounds, get kills, and plant or diffuse the spike, they earn money as well as ultimate points. This money is used to purchase abilities and guns. 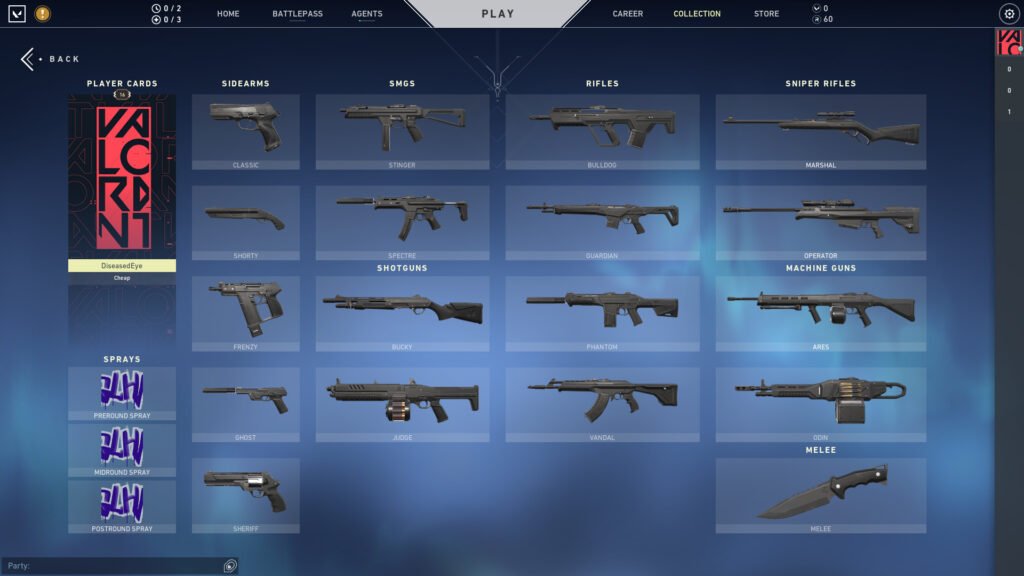 As of writing, Valorant has an unrated mode,  competitive mode, deathmatch, and a mode called Spike Rush. Occasionally, other low-stakes featured modes become available to play, such as an ice-skating mode during winter events or a mode called Replication, in which the entire team plays one agent.

Riot Games has worked hard to keep Valorant gameplay and servers stable. Packet loss was an issue for some players for quite some time, resulting in no-reg shots and even disconnection from the servers, but recently Valorant has patched this issue. The anti-cheat software used along with Valorant, called Vanguard, also can cause issues, and it blocks most third-party software when Valorant is being played.

Valorant feels satisfying with the variety of agents, guns, and game modes to be able to consistently play the game. While random teammates do sway the outcome of games, the ability to play with a stack or even just a duo can help with the consistency of game quality. Ranked gameplay has a rewarding feeling, and it doesn’t feel “impossible” to rank up since each ranked tier only requires 100 RR to rank up, and players also get a second chance to stay in their rank if they are close to de-ranking.

Because of the wide range of agents and agent tactical abilities, gameplay can always feel fresh, with lots of new mechanics to learn. Some agents have lineups for their abilities, and some agents have movement abilities that challenge a player’s skill level and always leave room for improvement.

Loot also feels fresh in Valorant. Every Act of each Episode (Valorant’s version of ranked seasons), a new Battlepass drops, containing over ten pages of cosmetic content, in-game materials for upgrading weapon skins. Each Battlepass costs around $10 USD, and each Battlepass also offers a fair amount of free cosmetics that players can earn without making a purchase. Players earn Battlepass content simply by playing the game and earning XP through daily and weekly challenges.

Valorant also frequently drops skin packs, which vary in price and are purchased with in-game currency. These skin packs are usually dropped every two weeks on average. Valorant has created skins based on their esports league, agent-themed skins, and even teamed up with recording artist Zedd to create a skin line. New agents or maps drop approximately every 3 to 4 months throughout the year, keeping the gameplay fresh and interesting along with shifting the metas.

Valorant has quickly risen to become a popular first-person shooter, with a massive daily and monthly player base as well as a thriving Twitch community and a growing esports scene. The agents’ abilities and shifting metas keep the game feeling fresh, as well as frequent content and cosmetic updates.

Riot Games has maintained an impressive record for frequent updates and patches to the live game, as well as developing new maps and agents on a consistent basis. Valorant earns a well-deserved spot in team-based FPS games, with a strong focus on aim and precise gunplay. 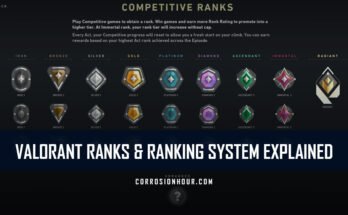