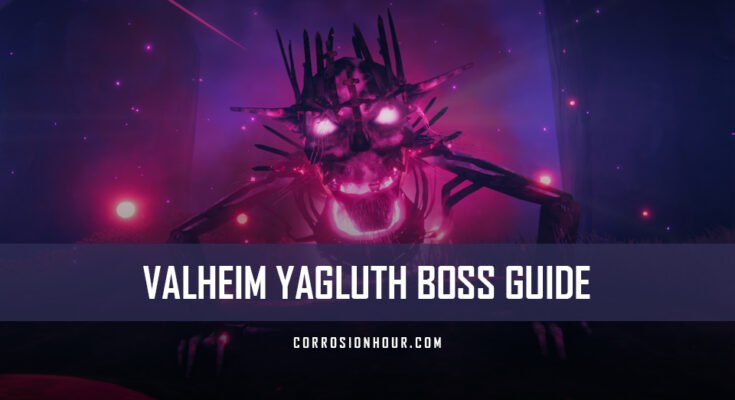 An ancient sorcerer twisted by bitterness, dragging what remains of his broken body across the sands.

In this Yagluth boss guide, of which is the final boss at Valheim’s release and is a suitably epic foe. Surely Odin will smile upon the warrior who can vanquish this abhorrence. Yagluth was a great sorcerer in life who split his power amongst the Fuling at his death. Some part of him remains whole and needs to find its final rest.

That part is mostly his top half. Yagluth is the top half of a skeletal giant, adept at the magic arts, he will claw his way around his arena to get to you, but when he can’t, he’ll resort to some powerful magic.

Where to find Yagluth in Valheim

Yagluth is the most challenging boss to find in all of Valheim. He is the boss of the plains biome and the idol of the Fuling race. He only has one altar, which can be in any one of the many plains biomes in your world seed.

Like other bosses, you can find a guiding runestone that will lead you to his location. However, unlike the other bosses, these Guidestones are extremely rare. It took us two days worth of play sessions sailing the world from end to end before one of our brave Vikings found the guide stone.

The guide stone we found was inside a standing stone circle beside a Fuling village. As an aside, we found the guide stone in the same biome as the summoning circle, but we don’t have confirmation that it’s a requirement.

While we found the guide stone at a Stonehenge-like monument, the summoning location for Yagluth looks like the fingers of a clawed hand reaching out of the earth. In the center is a stone table with five empty slots. 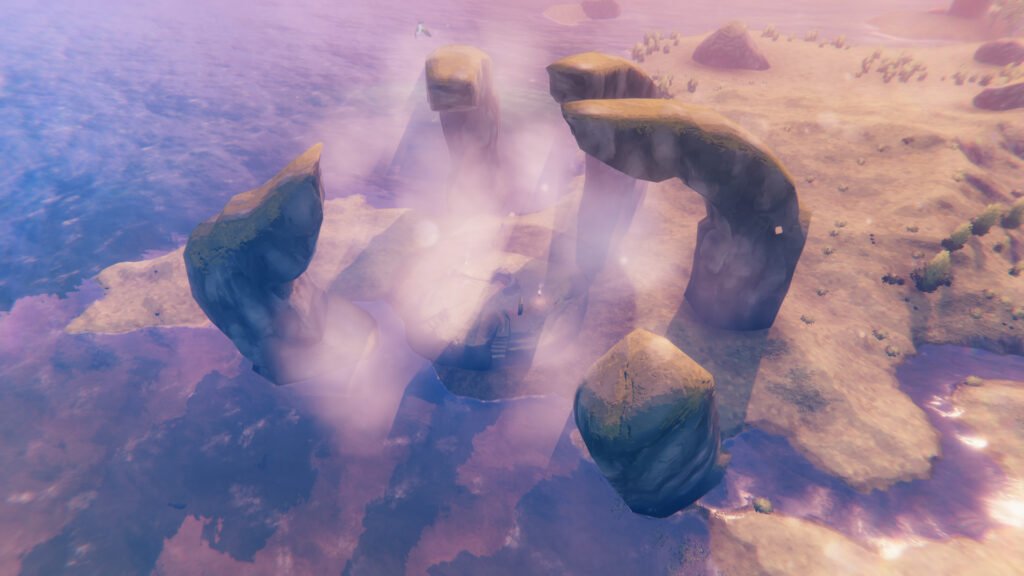 So if you see either the claws or a Stonehenge-looking place in your adventures, mark them on your map.

What items you need to summon Yagluth

To summon Yagluth, you’re going to need five of the Fuling totems. These can be found at the small and large Fuling villages, usually standing on a post or table. They can also drop from the Giant Fuling Berserkers that patrol the village perimeter.

They can travel through a teleport, so you don’t need to gather them all at once. Considering how long you’re likely to be exploring the plains to find Yagluth and gather the Dark Metal Scraps from the Fuling, you’re more than likely to have enough by the time you’re ready to fight. 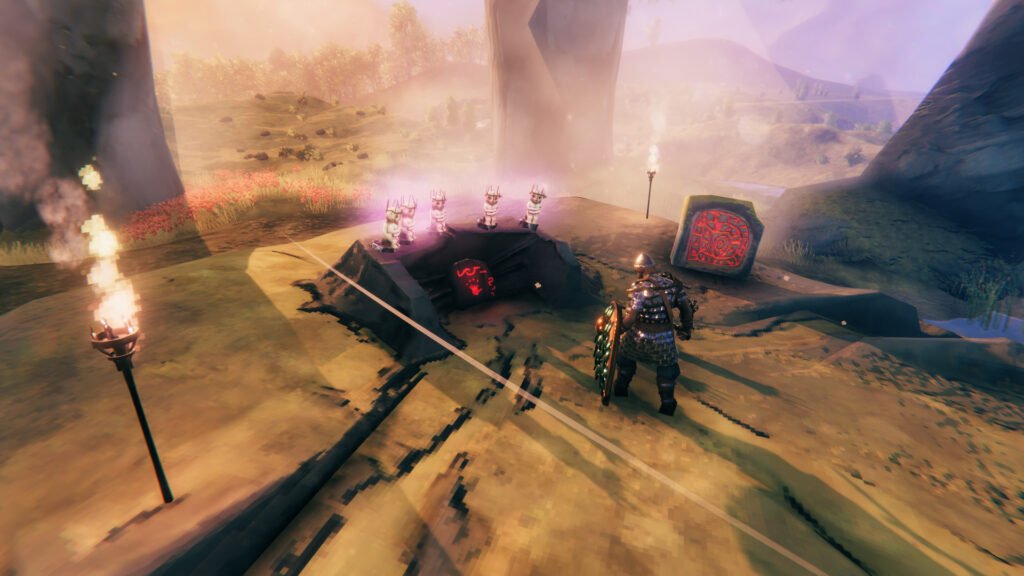 What you need to beat Yagluth

Yagluth is a suitably challenging boss. He boasts the highest damage output and the most dangerous move set that will destroy unprepared players with ease.

For fighting Yagluth, you can choose between the dark metal weapons or the silver. Upgraded, both do similar amounts of damage, but we noticed Yagluth, being undead, was taking extra damage from the spirit element on silver weapons.

Yagluth’s damage output is relatively high, so we recommend you upgrade to the padded armor set. Although, this set requires you to have a spinning wheel that processes flax. Flax can only grow in the plains biome, so you’ll need to have a plains farming base to facilitate this armor.

You could use the fully upgraded Wolf Armor set in a pinch instead, but it is not ideal, given its lower damage resistance and increased weight.

At this point in the game, you should have access to all the available food types. Therefore we suggest that you have Lox Meat pie and Serpent Stew as two of your foods. The final food type is a choice between blood pudding and fish wraps. Blood pudding will give you an additional health boost, and a fish wrap will provide you with substantially more stamina, depending on your preference.

All of Yagluth’s attacks have a fire element, so it is invaluable to produce Fire resistance Barley Wine. You should only need the one as it lasts up to 10 minutes, and unlike Bonemass, Yagluth is not an extended fight. 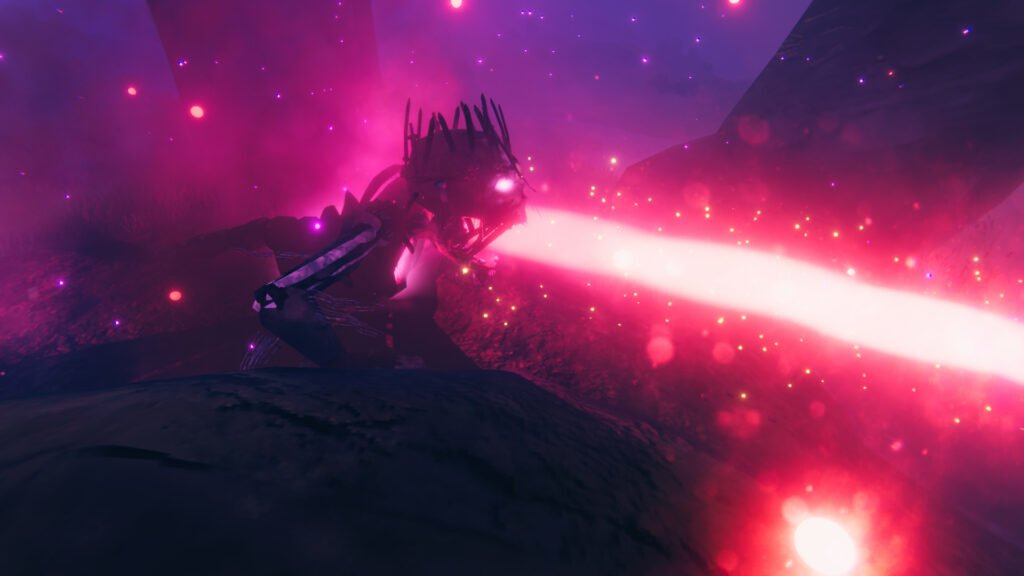 Yagluth will open his maw and let loose with a highly destructive energy beam that does physical and fire damage in a classic mouth laser style. You can block it with a shield if you’ve had your fire resist wine and good armor. But it’s easy enough to avoid by running to the left or right.

You can also hide behind the pillars around Yagluth’s arena. Just keep in mind that the laser will wear through the posts quite quickly, so don’t stay behind one pillar for too long. 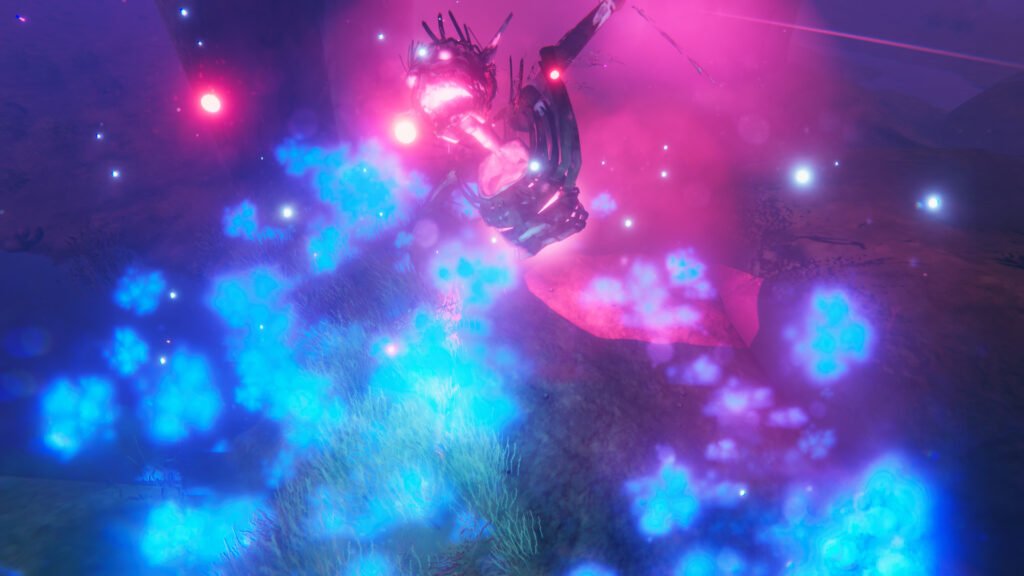 A classic maneuver for giant skeleton bosses, Yagluth will raise his arms above his head while glowing blue. Bringing his fists down, he smashes the earth, and a large radius around the attack, lit by blue light, will take substantial blunt damage.

You can block it with a good enough shield, but you’ll need an upgrade tower shield to absorb all of the damage. 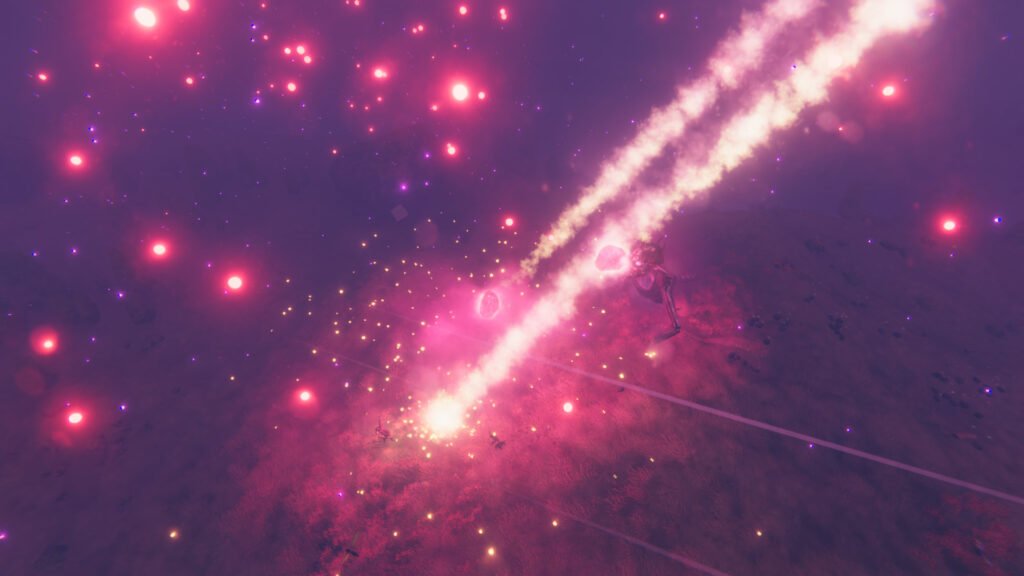 When he’s tired of you running circles around him, he’ll make you run some more. When he starts to glow red, you need to start running a straight line in any direction. Whichever player in the fight has the meteors coming for them will see a red glow around them.

Each meteor hits for physical and fire damage in a small explosion radius where they hit the ground. The only way to guarantee you live through this attack is to keep running until the meteors stop.

Yagluth has some pierce resistance that reduces the effectiveness of arrows. You can mitigate this by upgrading to the needle arrows made from Deathsquitos in the plains. Or you can take the time to craft frost arrows. Old Yaggy has some poison resistance, so frost is the way to go or the raw damage increase of needles.

Fighting Yagluth alone can be a challenge, as you will always be his primary target. You can either choose to try and tank him up close, using the pillars around his platform to block his more dangerous magic attacks.

Alternatively, you can kite him around the arena, running behind the pillars on the opposite side. Yagluth is relatively slow with no legs, and you can get a few good shots on him as he tries to follow you around the posts.

Teammates make short work of Yagluth. Despite his powerful attacks, he can only attack one target at a time. You can either have a dedicated tank to stay close while the others use bows or longer-reach weapons. Or you can dart in and out, taking turns to occupy his attention if someone fails to block or dodge and needs to recover.

Yagluth’s loot and rewards in Valheim 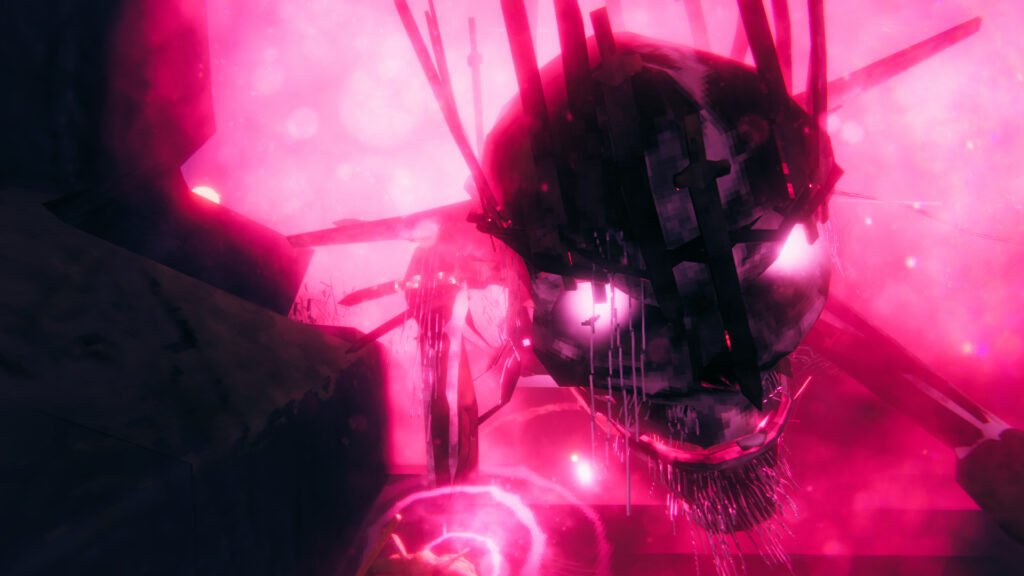 Yagluth will drop his head as a trophy. And what a trophy it is. You can hang it somewhere on a hook in your base, letting visitors know what you’ve achieved, or you can take him to the sacrificial stones for Yagluth’s buff.

Yagluth’s buff is an overall reduction in elemental damage, frost, fire, and poison. At the same time, this isn’t hugely advantageous; it’s a remarkable ability to have equipped if you go back to fight bosses a second time, including Yagluth.

Killing Yagluth will put an end to the Fuling horde raids. However, we’ve noticed that since we defeated Yagluth that we’ve been getting random Fuling spawns at night, even in the meadows. So while the concentrated attacks have stopped, the overall danger of going out at night has increased substantially.

Even though all the bosses are defeated, you can still get the world events based on their defeats, namely, skeletons, trolls, wolves, and Surtlings.

With Yagluth in the ground for good, there’s only one enemy in Valheim left, your ambition. Until the developers flesh out the Mistlands, the Great North, or the Ashlands, we don’t have any more bosses to take on.

So get out there and build that fortress of a base you’ve been planning. Fight the bosses again, with different equipment. Sail to the edge of the map, set up a base in the most hostile environment you can find. There’s still plenty to do in Valheim and much more content to come.

Was this Yagluth boss guide helpful? If you’re having any trouble with this Valheim boss and need some additional tips, or if you want to join a community of Valheim fans, be sure to join our Discord!