In the Valheim early game, you’ll find yourself satisfied making your way in the world with sticks, stones, and bones. Once you beat the lord of the wood, Eikthyr, you’ll make a new make with his horns, the Bone Pickaxe.

Swing that bone pickaxe around at the rocks you find in the world, and you’ll come across copper and tin. See our Copper and Tin mining guides for more tips on how to find their respective nodes. Picking up some ore will open you up to the world of smelting, and sure enough, you’ll want the rewards cooking metal can reap.

However, there’s a new resource you need to craft your newly discovered smelter, a Surtling Core. You might have found one by accident by this point, but doubtful many. Fortunately, there are several ways to get your hands on Surtling Cores, and we’re here to show you how to get the few you need to get started and how to advance your Core farming as time goes on.

When do Surtling Cores become available in Valheim?

You can pick up Surtling Cores as soon as you begin your adventure in Valheim. Nothing is stopping you from rushing to the crypts and burial chambers to get your hands on a few. However, since you can’t make use of the Surtling Cores until you defeat Eikthyr, there’s little point to farming them until you’ve put him down.

Where are Surtling Cores located?

In the beginning, you’re going to need to find the burial chambers throughout the meadows and black woods.

Burial chambers in the meadows can be tricky to spot as they are essentially just holes in the ground, surrounded by larger stones. Once you get close, you can descend the stairs into the chamber proper and start searching. There are often skeletons patrolling the entrances, so if you hear the chittering sounds, you may be near one. 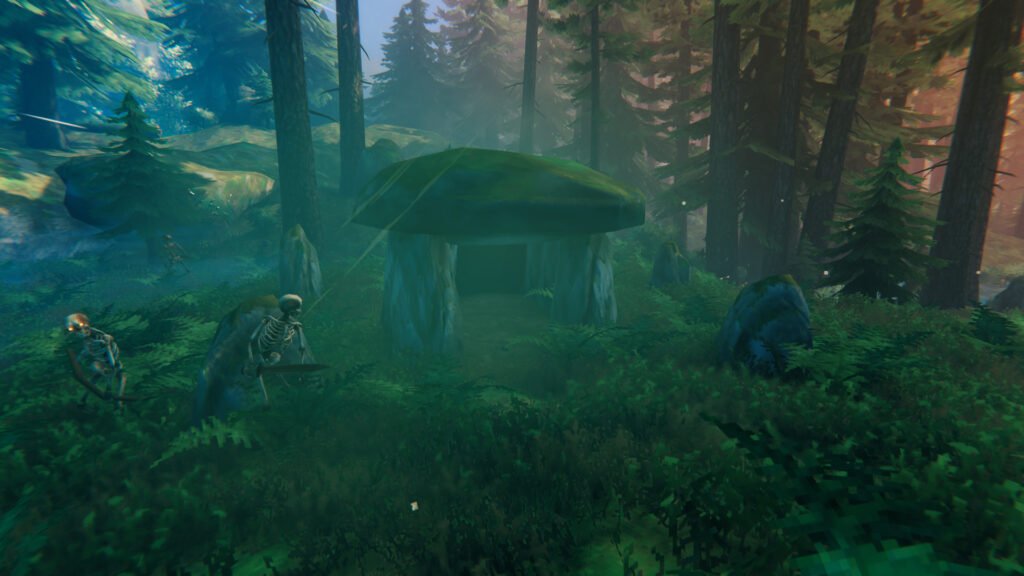 We recommend that as you hunt for deer, pigs, and starting materials in your first gathering phase, use your map to tag any chambers you come across using the maps tagging system. Doing this will save you a lot of grief later when you’re itching to get your metal cooked.

Burial chambers are typically an entrance hall and two to three hallways that split off from the main entry. Corridors are tight and often have one or two more doorways down each path, sometimes descending staircases. While procedurally generated, they all have a similar layout and dead-ends that will let you know once you reach the end of a hallway.

You can find a mix of treasure rooms, enemy spawning bone piles, and guide stones in the attached rooms. The treasure rooms will have either a table or a sarcophagus in the center to loot. Both of these containers can have Surtling Cores on or in them, but you can also find Surtling Cores standing on the sconces around the corner of the room.

Defending the rooms are a mix of skeleton types and ghosts. Since the corridors you fight in are tight, we recommend bringing a shield as there is no space to dodge attacks. Flame arrows are hugely effective against ghosts and bone piles.

The last enemy type to be wary of is the Rancid Remains, a glowing green skeleton that adds poison damage to its weapon. 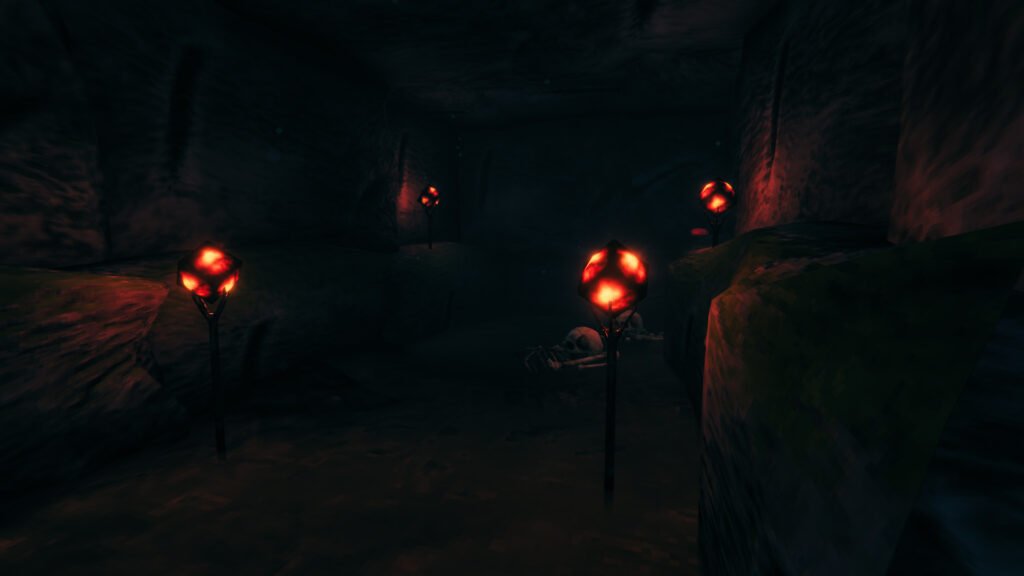 On average, we could find 4-6 Surtling Cores per burial chamber, meaning you’ll need to clear 2 or 3 burial chambers before you have the cores required to start the smelting process properly.

Fire Spouts in the Valheim’s Swamps

In the larger swamp biomes, you will occasionally see gouts of flames shooting up from the earth. Around the flame spout, you will see Surtling spawning, often in pairs. Surtlings are capable of shooting fireballs that do a burst of damage and continually burn after hit.

Fortunately, they aren’t very strong, and you can dispatch a Surtling with a swing from almost any bronze or better weapon. The real danger of farming Surtlings in a swamp comes from the other enemies you can find in a swamp, such as the draugr and blobs.

If a Surtling manages to set you on fire, you can jump into one of the water puddles found around the swamp. Their weakness to water is the Surtlings greatest weakness in the swamp. You can either grab their attention and get them to follow you into the water, killing them instantly.

However, if you’re feeling a little underhanded, you can dig out the ground around the fire spout using a pickaxe. Clear a two-meter square around the fire and make it deep enough that the swamp’s water table fills the hole.

Surtlings will then spawn at the fire spout, fall immediately into the water, and dissolve into their loot. Useful, but it might be a method the developers patch out before long.

Once you’ve got a longboat and the power of Moder, you can quickly sail to the edges of the map, where you can find the Ashlands. We found our Ashlands scattered around the southernmost section of our map, covering quite a large area. Once you find it, the skies will turn red, and you won’t see a tree for miles.

While they are very barren, you will occasionally see a flametal node. These nodes appear to spawn Surtlings indefinitely, which have a chance of dropping the Surtling Cores themselves. You can also simply traverse the Ashlands, as Surtlings seem to be all over the place. 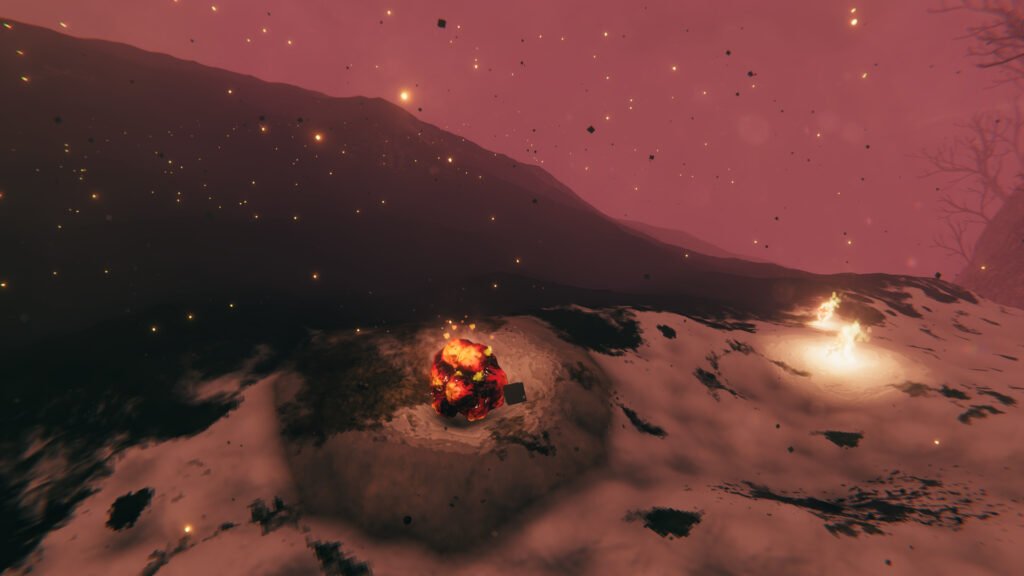 After you sail there, we recommend setting up a small base with a portal to access the Ashlands whenever you wish to restock on cores. Just note that flametal can’t come back through the portal with you.

What to do with your Surtling Cores in Valheim

Primarily, you’ll invest most of your cores into smelters, charcoal kilns, and blast furnaces. You’ll also need them for bonfires and the wards you can place down to protect your base. Last but not least, you need two Surtling Cores to create a portal.

While you can destroy a portal with a hammer and get refunded the building cost, we’ve noticed an excessive number of times when destroying a portal yielded only one Surtling core. So if you’re planning to move an outlet portal far away from your base, make sure to take an extra core or two with you, just in case.

Once you’ve got more cores than you know what to do with, you can toss them in the fire for a neat little firework show.

The developers have acknowledged that considering how necessary Surtling Cores are in the early game, they haven’t quite got the numbers figured out and tweaked them. So expect the values to change. If we had to guess, they’re likely to increase to make them a bit easier to get your hands on.

However, there are plenty of ways to get your hands on them for now. Once you’ve found the swamps and the Ashlands, you’ll likely have more than you’ll ever need. 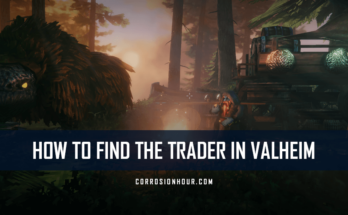 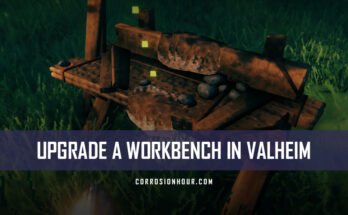 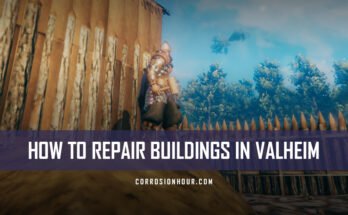