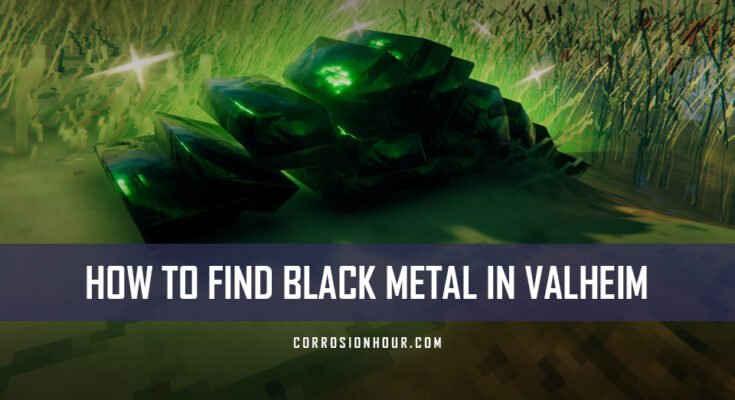 Black Metal in Valheim is the current end-game metal. By this point, we’re sure you’re familiar with the mining process for the various ores, which is why you now need to throw all that information away in exchange for getting good at combat in Valheim.

Black Metal isn’t so much a harvestable resource, as it is a prize for taking on the most challenging enemies in the game to date.

When does Black Metal become available in the game?

There are several significant hurdles to finding Black Metal in Valheim. While the Black Metal fragments are available in the world from the beginning of the game, you’re unlikely to be able to wrestle them from the goblin-like Fulings.

Most importantly, you won’t be able to turn the fragments you find into ingots until you have beaten the mountain biome boss Moder.

Where is Black Metal ore located?

Depending on your Valheim world’s generating seed, you may have to do a bit of sea travel to find a plains biome. Notable for their rolling yellow fields, plains are one of the most dangerous biomes in Valheim. 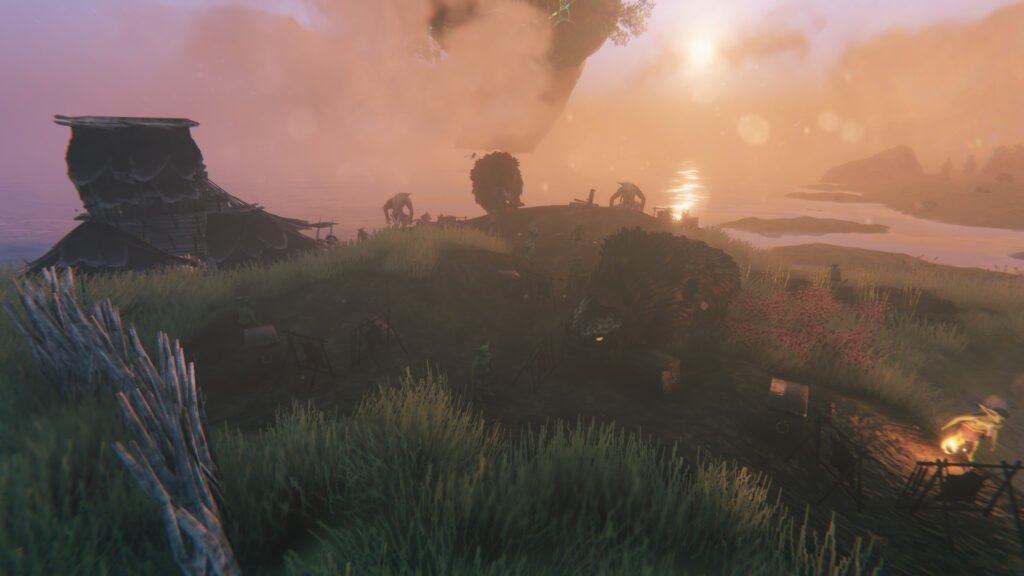 Unprepared players will find themselves instantly killed by the infamous deathsquitos or the roving gangs of fulings. Even the harmless-looking fuzzy lox that gently roams the plains will kill you instantly if provoked.

How do you gather Black Metal in Valheim?

Nobody knows how they got their hands on it, but the fulings who have developed a simple agrarian society on Valheim’s plains all seem to carry a little bit of black metal. Fuling soldiers, berserkers, and shamans all have a chance to drop Black Metal scrap when defeated—making them the sole source for this precious metal.

Until you’re confident with fighting fulings, we recommend you play it very safe when taking them on. Find a village or small encampment, make sure you’ve killed any nearby deathsquitos, and pull fulings one by one by shooting lone fulings with a bow. 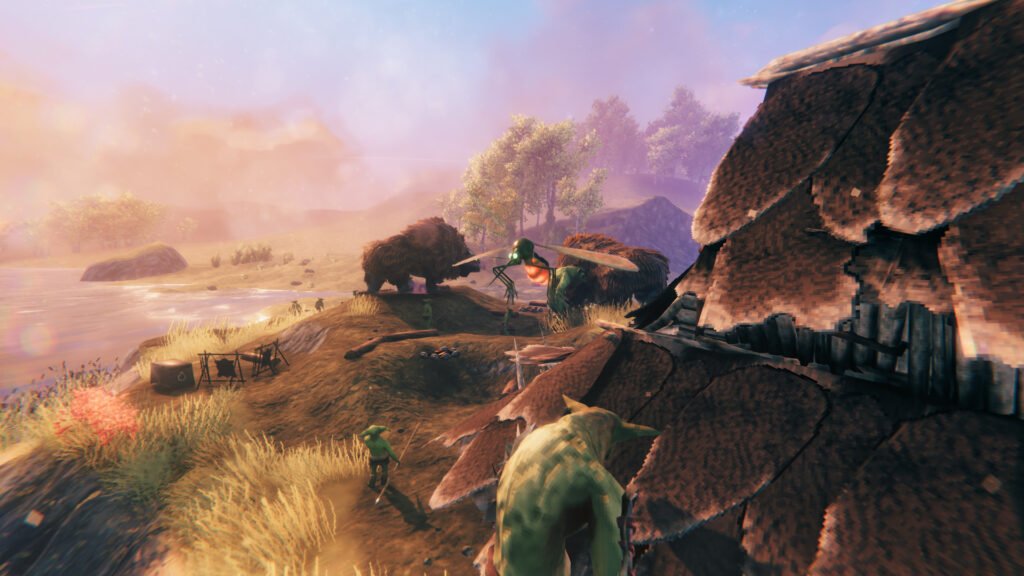 If you make a mistake and several fuling come running, there’s no shame in turning about-face and running for the hills. Remember, every death in Valheim is going to cost you precious levels. Once you’ve leveled up your equipment, you’ll find fighting fulings much more manageable, but in the early days, playing it safe is the way to go.

How do you process and smelt Black Metal into ingots?

So, while you can get Black Metal scraps at any point, you won’t be able to smelt them into ingots until you’re capable of crafting the blast furnace. To craft a blast furnace, you will have to kill the fourth boss Moder, who will drop Dragon Tears.

You will need dragon tears to build the new crafting table called the artisan table. Much like the other crafting tables, the artisan needs to have a roof overhead and at least one nearby wall to be considered an active workbench.

Once you place the artisan table, you can now build the blast furnace within the table’s radius. The blast furnace operates in the same way as a smelter, albeit looking much cooler while it works. 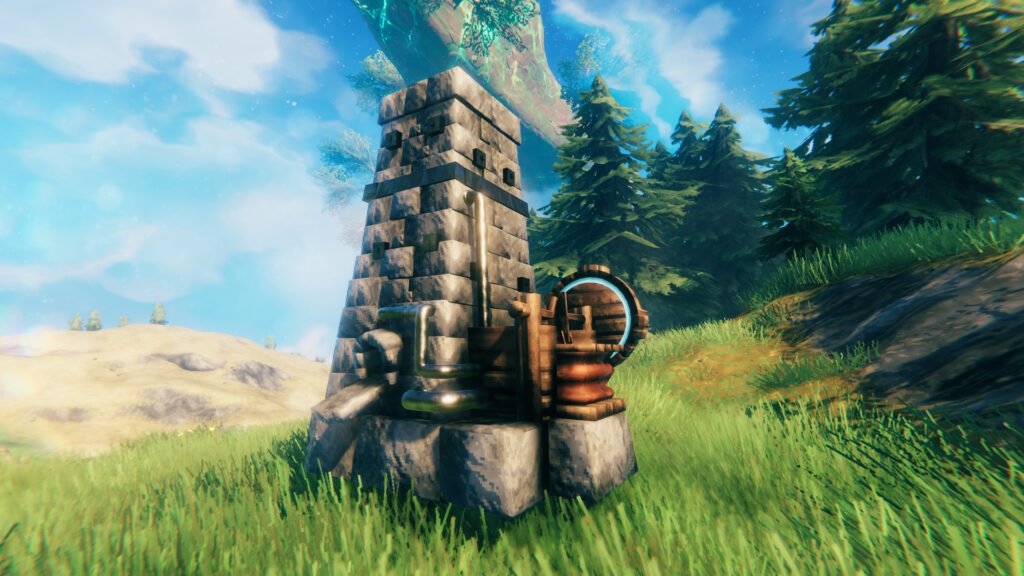 The fuel and ore ports are now on the same side of the furnace, unlike the smelter. However, the blast furnace cannot smelt older metals. It is limited to only smelting Black Metal scraps and flametal ore.

Why is Black Metal needed, and what can you craft with it?

Black Metals’ sole purpose in Valheim is to produce the final tier of weapons available on the initial alpha release. The Black Metal sword, atgeir, axe, and knife are substantial damage upgrades from most other weapons, other than silver.

Unlike silver, which splits its damage across physical, cold, and spirit, Black Metal weapons have all their damage limited to purely physical. This change makes Black Metal a substantially robust set of weapons when facing off against enemies immune to spirit, frost, or poison damage.

The shields represent a significant upgrade from the last tier of shields and are worth crafting if you use them. The shields, however, have an involved building cost of chains, which will require you to head back to the swamps and fight wraiths or go crypt diving.

There is no armor available from Black Metal. However, once you’ve placed the artisan table required for a blast furnace, you will have access to craft a spinning wheel that will yield linen thread, a primary ingredient for the padded armor.

Black Metal, not the Norwegian kind

Black metal is the final metal for crafting weapons and shields available on release. While we can findflametal out at the edges of the world, the developers are yet to implement flametal in a meaningful way, and so we wait with our Black Metal in hand to see what comes next.