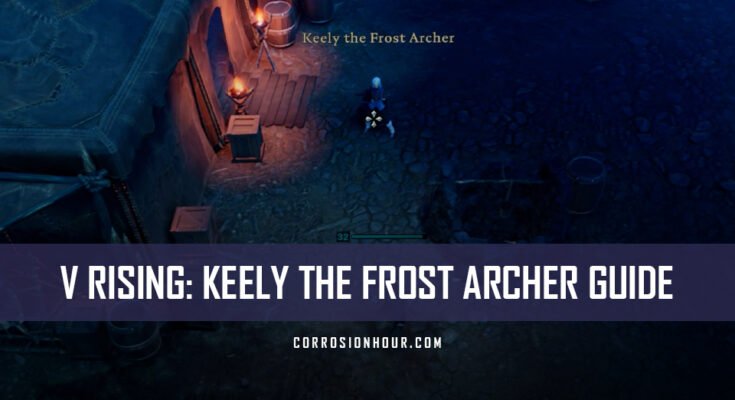 With Errol the Stonebreaker defeated, the next V Blood Boss will prove to be a much easier fight. Keely the Frost-Archer is a bit less threatening than the prior bosses as her move set is quite simple. This guide has everything you’ll need to know to take down Keely quickly and efficiently.

Where to find Keely the Frost Archer (spawn locations)

Keely can be found roaming around in the Bandit Trapper Camp, which is located roughly northeast of the Bandit Logging Camp, where Rufus the Foreman can be found. You can use the Farbane Woods Waygate and head just a bit west if you wish to travel by teleport. The area is home to many bandits, so take caution while you explore the area.

Keely can be an easy fight depending on how you approach her. You can engage with her during the day; however, clearing out the camp can be more challenging than the boss itself. There is a large tent where you can draw her to fight her during the daytime to avoid sunlight.

Keely is a level 20 boss and can be taken out with little difficulty if you have roughly the same gear level. We recommend having copper-tier weapons or higher if you wish to take her out quickly.

Keely the Frost-Archer is equipped with some abilities that make her quite an easy boss to take down. She has a few basic offensive moves that are easy to avoid if you have decent mobility and a keen eye. The following are the moves that Keely will use while fighting you:

Keely will stand still and fire three arrows in a cone in front of her. You can see this attack coming when she begins to draw her bow, giving you a brief moment to get out of harm’s way.

Keely will stand still and aim her bow towards the sky. After just a second or two, she will release her bow, which causes a series of arrows will fall from the sky, which will freeze you on impact. Red circles on the ground will indicate where the projectiles will fall, so take care not to stand still inside them.

Should you rush Keely too much, she will swiftly become invisible for a brief period. This makes her hard to track, but not impossible. If you look closely, you can track her movements so you can determine where she will appear next. She will usually launch an attack as soon as she reappears again.

The best strategy to defeat Keely the Frost Archer

The most challenging aspect of fighting Keely is the additional bandits that may be around her. The more enemies nearby, the more difficult dodging arrows will become. She can become especially deadly should she freeze you, preventing you from avoiding incoming damage.

Using your newly acquired Aftershock ability is effective at dealing damage to Keely and nearby bandits. We suggest you use both melee and ranged attacks, depending on your preference and party size. Keely often stands still when she attacks, allowing you to rush in quickly, dealing a large amount of damage and evading her next attack. She is quite weak in short range but can surprise you with a face full of frost arrows should you get greedy with your attacks.

This fight’s most crucial factor is avoiding the Volley of Frost arrows. These arrows are easy to avoid if you simply distance yourself from Keely while she prepares the volley shot. The only concern you should have with this fight is gathering the attention of other bandits or enemies in the area.

Rewards and loot for defeating Keely the Frost Archer

After taking out what might be the second easiest boss in the game, you receive the Tannery structure. The Tannery allows you to craft Leather from Animal Hides, allowing you to craft unique recipes. You will also unlock the Traveler’s Wrap and Empty Canteen recipes.

Crafting aside, you’ll also acquire the Frost Bat power. Frost Bat is an attack that launches a frozen bat that will deal frost damage to your enemies. Frost Bat will slow your enemies to a crawl, allowing you to escape from them safely or beat them to a pulp. This skill will give you crowd control tactics which will be useful in V Blood Boss fights to come.

We hope this Keely the Frost Archer guide has provided you with the tips and advice needed to defeat the fourth V Blood boss in V Rising. If you are looking for more in-depth guidance, be sure to check out our V Rising Beginner’s Guide for more tips and tricks. In the meantime, it’s time to prepare yourself for Lidia the Chaos-Archer by using your newly unlocked leather ability to upgrade your gear! 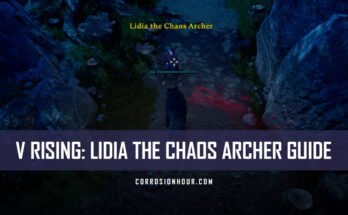 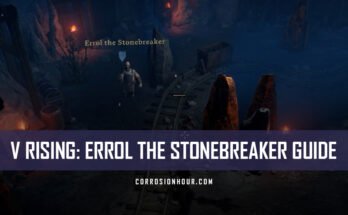 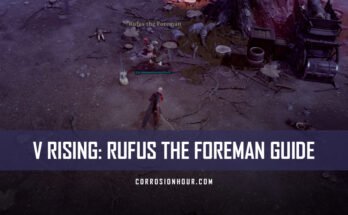