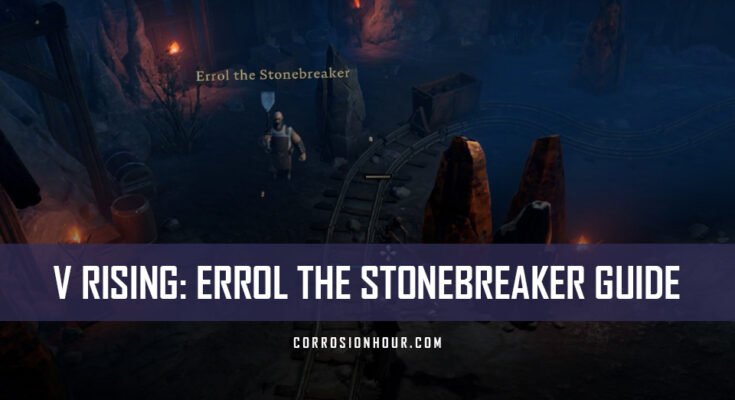 After growing in your newfound strength gathered from Rufus the Foreman, you may be wondering which V Blood Boss you should take on next. Enter Errol the Stonebreaker, the head of a mine that is chock full of copper and stone. This guide will teach you everything you need to know to defeat Errol the Stonebreaker and gather a unique power and a new recipe.

Where to find Errol the Stonebreaker (spawn locations)

Errol is always found in the Bandit Copper Mine located in central Farbane Woods. Getting there will be difficult if you haven’t acquired copper-tier weapons as the bandits guarding the mine are a bit stronger than the foes you are used to fighting. You can use the Blood Altar to track his location faster. Once you get to the mine, enter the mine and descend to the lowest level, where you’ll find Errol surrounded by several copper nodes. 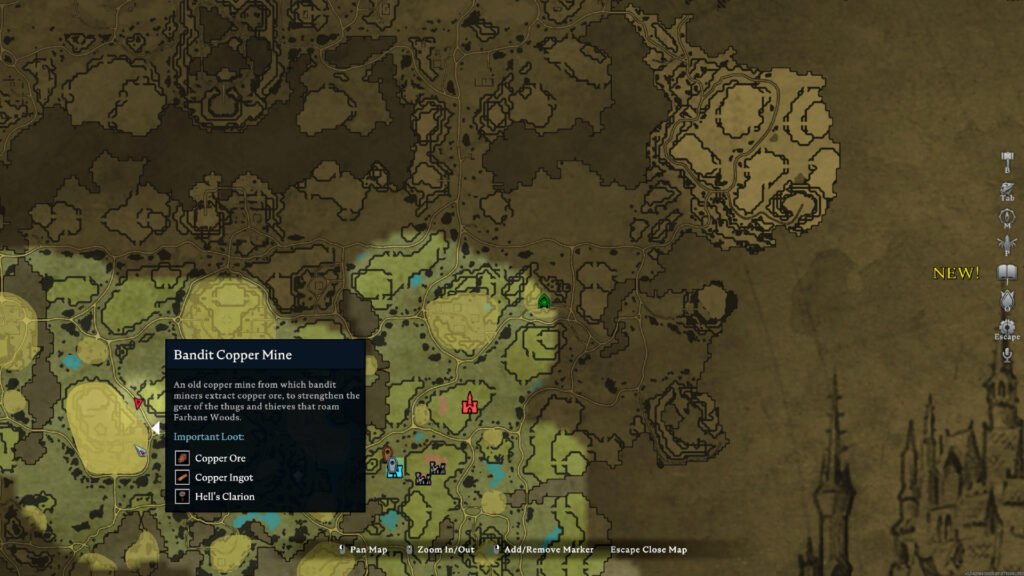 As with all bosses, it’s best to begin at the start of the night; however, when fighting Errol, you can fight him during the day as the mine is underground and shielded from the sun. The journey there can be tough to do during the day but not impossible.

As you navigate through the mine, you’ll encounter a wide assortment of enemies, so it’s best to pick them off and clear out whatever is in your path to Errol. Some of these enemies can yield high blood qualities, so it’s also a good pit stop to top off your blood and get better buffs to give you an advantage. Errol is a level 20 boss, so you’ll need to be close to that level to avoid defeat. 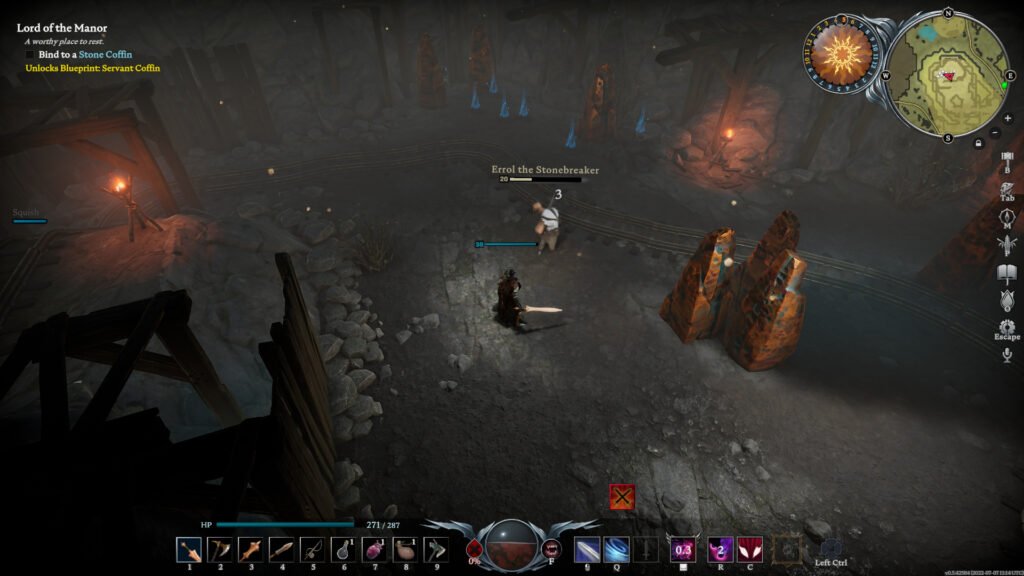 This is a standard attack that Errol will use. With a short wind-up, he will take his hammer and swing it towards you if you get too close. Errol’s melee attacks can hit pretty hard if you have low gear, so take caution if you use melee attacks. 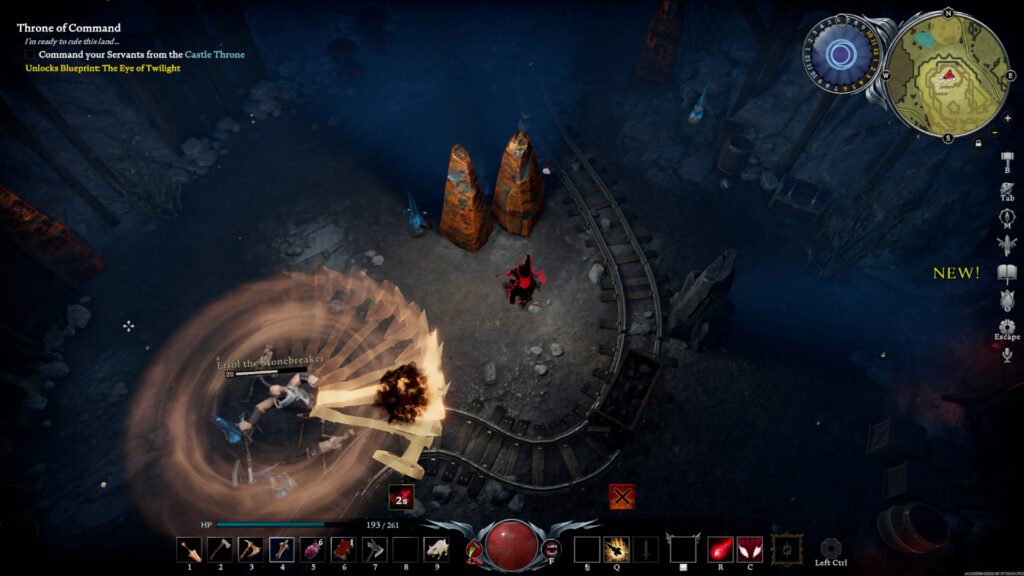 This attack is rarely used but can be devastating if Errol catches you off guard. He will begin to wind up his hammer and execute a spin attack that can damage you multiple times. It’s best to use Veil of Blood to escape the range of his hammer. 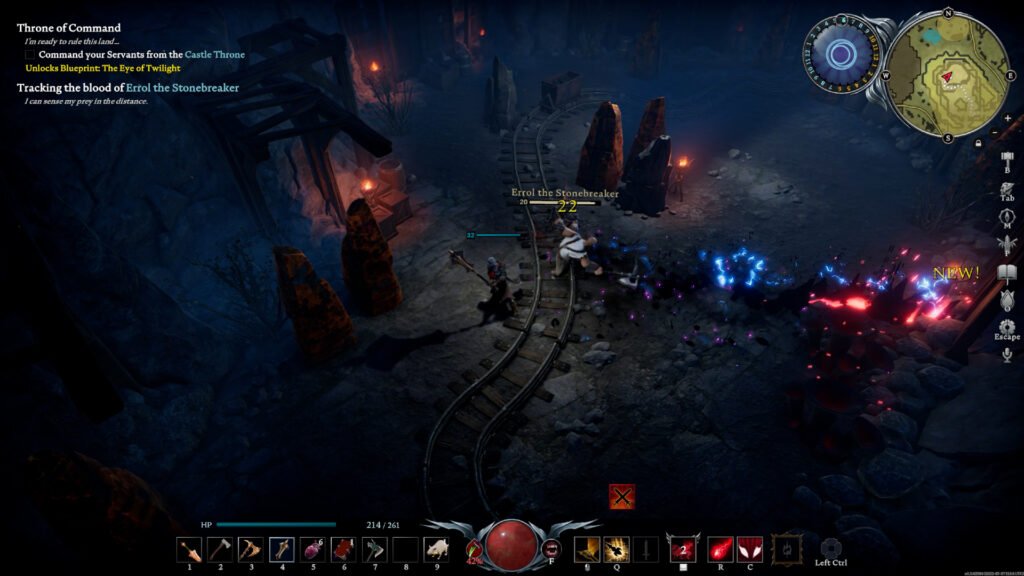 This is the move that Errol will use most frequently. He will raise his hammer and grunt, so that’s your indicator that this move is coming should he be out of your line of sight. Once he slams his hammer on the ground, a purple stream of energy will appear in a straight line from the impact. After a couple of seconds, the stream will explode several times and deal massive damage if you are nearby. You’ll want to avoid the streams as much as possible during this fight, as it’s better to take an arrow to the knee than face tank magic damage. 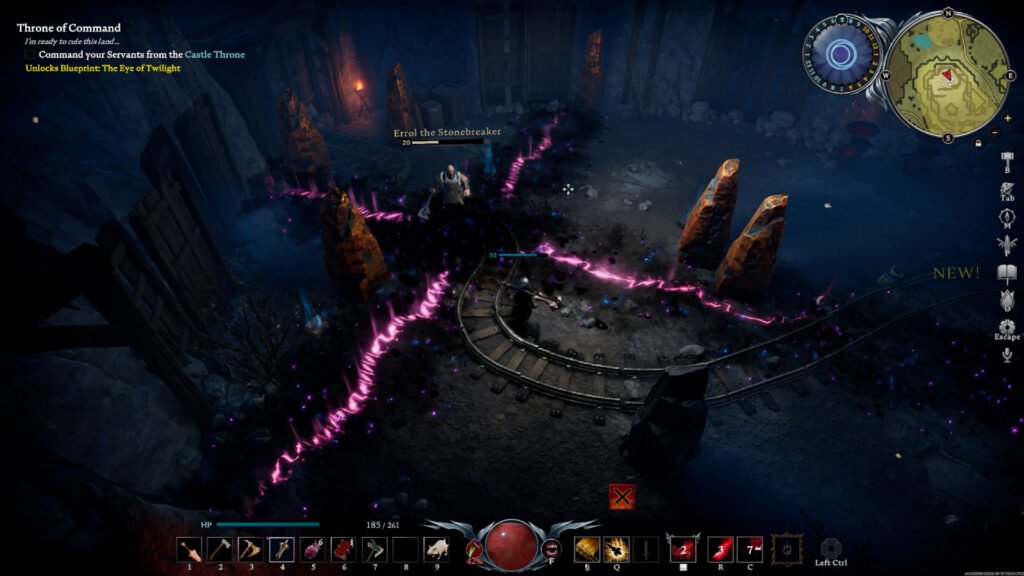 This move is similar to the single explosive slam, except four streams will erupt from his hammer in a ‘+’ shape. Errol will utilize this ability after you drop his health to around 50%.

Errol will use this ability when his health drops to around 50%. Errol will quickly whistle and summon a couple of bandits (more bandits will appear depending on how many allies are with you). This ability can be annoying as you’ll have to dodge bandit arrows and the explosive energy streams on the ground.

One of the most critical steps you should take on your way to Errol is to eliminate as many bandits as you can around his arena. You will have difficulty fighting Errol and several bandits attacking you at once if your gear level isn’t above 20. If you haven’t acquired copper-tier weapons or better, you can gather a large amount of copper in the first levels of the mine.

Errol is a very slow boss, making most of his attacks relatively easy to avoid; however, should he land a hit on you, you’ll certainly feel it. If you have the crossbow from Rufus the Foreman, you’ll be able to deal some decent damage from a distance. Ranged abilities like Shadowbolt are also excellent to chip away at Errol’s health while looking for openings.

If you are going to utilize melee attacks, using weapon techniques by pressing ‘q’ are quite effective. You’ll want to rush in, land one or two blows, and then quickly put distance before he can attack you with his hammer. Right after Errol uses his explosive slam ability, you’ll have a short window to get some melee swipes in.

When Errol summons more bandits, it’s best to take them out as quickly as possible, as their arrows can chip away at your health and distract you from Errol’s Explosive Stream attacks. Additionally, whenever Errol begins to summon backup, he’ll use more slam attacks to dodge, which can quickly kill you if you aren’t paying attention.

Rewards for defeating Errol the Stonebreaker

After extracting power from Errol the Stonebreaker, you’ll be rewarded with the Aftershock ability. Aftershock is an AoE attack that is quite similar to Errol’s Explosive Slam ability. You’ll also get the recipe for a Big Stash that holds more items than the regular Stash. 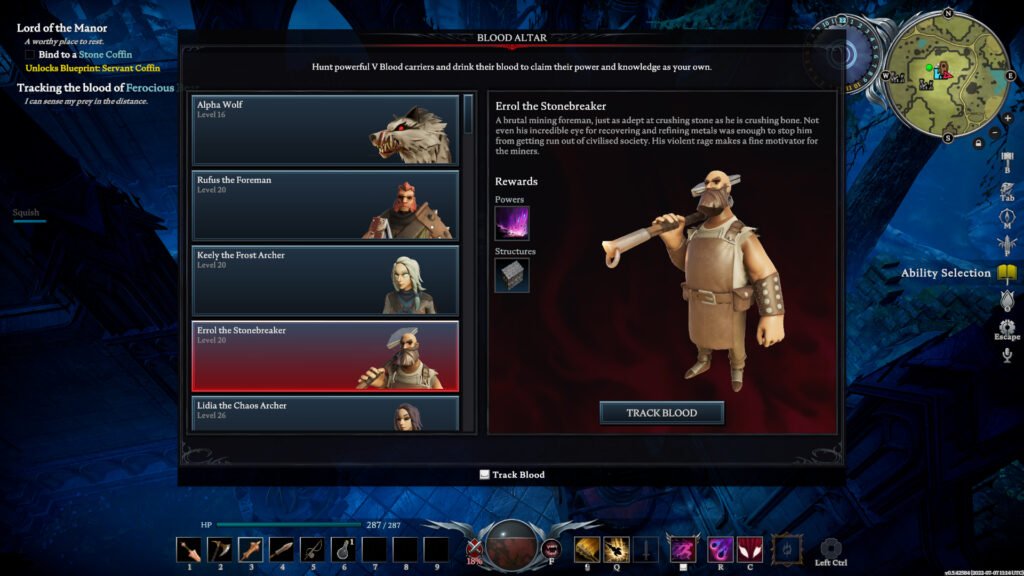 Final thoughts on Errol the Stonebreaker

We hope this Errol the Stonebreaker guide has provided you with the tips and advice needed to defeat the third V Blood boss in V Rising. If you are looking for more in-depth guidance, be sure to check out our V Rising Beginner’s Guide for more tips and tricks. Meanwhile, it’s time to prepare yourself for Keely the Frost-Archer! 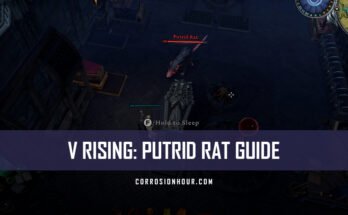 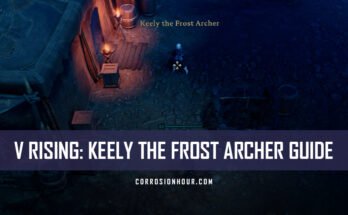