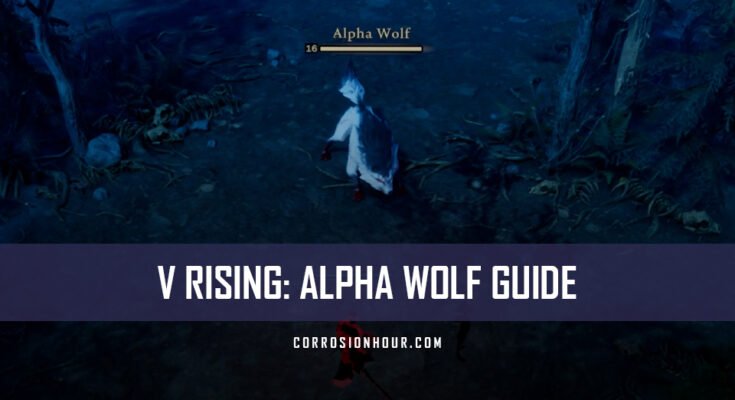 Early in your quest to take over Vardoran, you’ll find yourself tasked with taking on the first boss of V Rising; the Alpha Wolf, to extract its powers through its blood. This guide has all the information you’ll need to hunt down your first V Rising V Blood boss.

Where to find the Alpha Wolf (spawn locations)

The Alpha Wolf can be found roaming in the Farbane Woods area. You might encounter this V Blood boss quite frequently if you built your castle near the southernmost points of the map. You’ll have little difficulty finding this boss with the aid of the blood altar.

Although being the first boss in the game, the Alpha Wolf does boast a decent amount of health. It’s a level 16 boss, so make sure your gear level is up to par. Make sure that your blood and health are topped off before you begin this fight. In my personal experience, I usually find the Alpha Wolf fighting other smaller enemies like bandits; therefore, be mindful of accidentally taking on more enemies than you can handle.

The Alpha Wolf has some simple attacks which are telegraphed and easy to avoid. Here is what to look out for:

This is the attack that the Alpha Wolf will use most frequently. It begins this attack by hunching down for a brief period and then dashing forward, dealing damage on contact. This attack has quite a long-range, so make sure you are not facing the wolf when it lunges at you.

A standard bite attack that all wolves in the game use. To avoid this attack, keep a bit of distance from the front of the Alpha Wolf as it can quickly attack without warning.

When you discover the Alpha Wolf, determine if it is distracted by other enemies or vampires while remaining undetected. You can take advantage of the line of sight mechanics by hiding behind trees and rocks to scope out your prey. Often you’ll find the Alpha Wolf already initiated in combat, so you can let your enemies whittle down its health while you wait for an excellent time to strike.

Regardless of your execution methods, whenever you enter combat with the Alpha Wolf, you will always want to be strafing around it. You’ll want to use a combination of melee and vampire powers to take down this boss quickly. While circling your target, it’s best to use Shadowbolt on it as frequently as possible to have a high DPS rate.

When Shadowbolt is on cooldown, look for openings to deal some melee damage. The best time to get some hits with melee weapons is after the Alpha Wolf uses a charge attack or while it’s howling. You’ll often end up trading damage if you attack the boss head-on, so you can utilize Blood Rite and Veil of Blood to get some extra healing and counter damage to make quick work of the boss.

Once the Alpha Wolf reaches around 50% of its health, it will begin to summon other wolves. When this occurs, focus on keeping your distance from the Alpha and quickly dispatch the other wolves, so they don’t corner you or chip away at your health. Healing during a boss fight can be tricky, so focus on making as few mistakes as you can during this fight by taking your time. The last thing you want in a boss fight is getting stuck in a healing animation with three wolves attacking you, countering any healing, and lowering your blood reserve.

Once you drop the Alpha Wolf’s health to its lowest value, you’ll be prompted to extract its V Blood. Hold down the ‘F’ key and wait while you drain the beast’s power.

Once extraction is complete, the surge of your newly acquired power will explode around you. This explosion will damage all nearby enemies and resources, allowing you to pick up a significant amount of resources as a nice little reward.

The Alpha Wolf may drop an Unsullied Heart, Bones, Hides, or a combination of all three items. You’ll also unlock the Wolf Form Power, which allows you to transform into a wolf.

In wolf form, you’ll be boosted with a 45% boost to your movement speed; However, if you enter combat, use a skill, or take damage, you’ll revert to your vampire form. This skill is critical for moving around the map in a timely manner, allowing you to take advantage of nighttime while fighting bosses and traveling from shadow to shadow during the daytime. It also allows you to move through wolf packs without being attacked.

Final thoughts on the Alpha Wolf

We hope that this Alpha Wolf guide has provided you with the tips and advice needed to defeat your first V Blood boss in V Rising. You will find yourself using your newly-acquired Wolf Form Power all the time since it will boost your run speed and make travel that much quicker. Once you’ve defeated the Alpha Wolf, you should prepare for the next V Blood boss, Rufus the Foreman.

For more tips and tricks, be sure to check out our V Rising Beginner’s Guide. 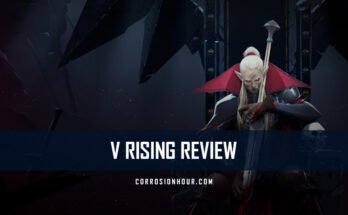 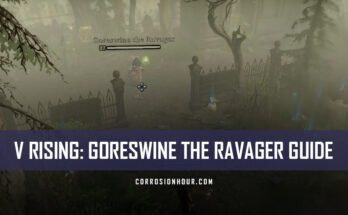