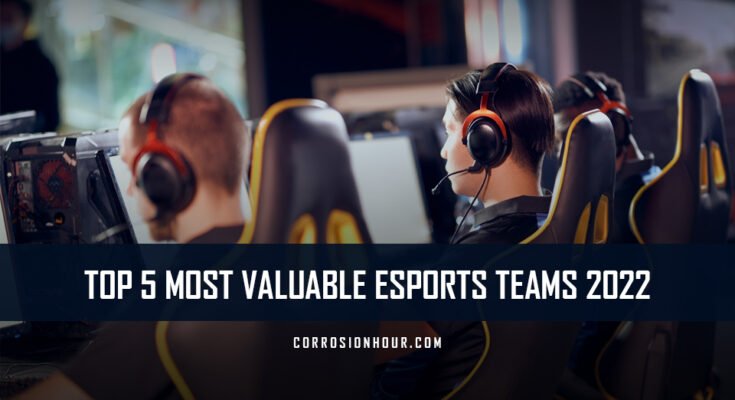 Curious about who the top 5 most valuable teams in eSports are?

Recently, Forbes released the rankings of the most valuable eSports organizations in the world. According to them, eSports has grown rapidly in the past few years, especially during the Covid 19 pandemic. It has been claimed that the total worth of eSports and gaming is more than the music and film Industry combined, making it the fastest-growing entertainment medium in the world.

eSports has massive potential in making its way to the Olympic games. Some big eSports competitive games, such as Rocket League and Street Fighter V, have been selected to be played in Intel World Open Qualifiers in 2021. With that said, let’s jump onto the 5 most valuable eSport organizations in the world in 2022.

TSM FTX (Team Solo Mid), controlled by Andy Dinh, is in first place once more after increasing by 32% to $540 million. This is mainly because they have the most considerable naming rights agreement with Crypto exchange FTX, valued at around $210. The CEO of this organization has been making business deals left and right.

Apart from being the most valuable organization in the world, they’re not the best in producing tournament-winning results. In Valorant, they have consistently performed below average for the past couple of years, making them disband the team, and half of the players left the organization.

The Rainbow Six Invitational victory this year is TSM’s main accomplishment. Additionally, they have excelled in Dota 2, placing second in the year’s first Dota Major, ESL One Stockholm. Lastly, TSM placed third in the Apex Legends Global Series Split 2 playoffs, earning them a seat in the ALGS 2022 Championship, where they will be a serious contender.

The second-place firm, 100 Thieves, owned by billionaire Dan Gilbert, music entrepreneur Scooter Braun, and rapper Drake, has seen a 142 percent increase in value to $460 million. Matthew “Nadeshot” Haag, a former OpTic Gaming Call of Duty squad captain, (MLG) X Games gold winner, and 2014 Esports Athlete of the Year, established the company in 2017. This is the fastest-growing Organization in the world; making a no 2 spot is mind-boggling to think how much its assets have grown in such a short period.

100T was a favorite fan team in Valorant last year, but because of the team’s lack of planning, they had to kick the IGL ‘STEEL’ from the team, but they still performed poorly in Valorant and weren’t even qualified for the Masters last year.

In LoL, they’ve made history by defeating Team Liquid in a best-of-five series with a score of 3-0 to win the championship title. They exited from CSGO in 2017 when the acquired roster of Immortals failed.

The parent company of Team Liquid, aXiomatic Gaming, recently completed a $35 million fundraising round that valued Liquid at $415 million. At 17, Goossens founded Team Liquid as an online gaming community to identify himself and a handful of other “StarCraft” fans. Their business endeavors include the video content production arm in 1UP Studios and the ownership of the Wiki network Liquipedia.

The first Apex Legends LAN event since 2019 took place in April, and while Team Liquid did not win any big championships this year, they did place second there. Team Liquid has been consistently strong in almost every game they engage in, despite the absence of significant victories. Reykjavik, the ESL Pro League, the Rainbow Six Invitational, the Rainbow Six Charlotte Major, and the League Championship Series advanced to the Valorant Master’s playoffs. Team Liquid will eventually succeed and take home a title in 2022.

FaZe Clan, the notoriously famous group of trickshotters has been placed at number 4, generating revenue of about $52.9M in 2021. No other eSports organization has been able to break into popular culture like FaZe Clan. As it works to establish itself as a full-fledged media company with original content like the horror film Crimson, the contest series Road to FaZe1, and a comic book crossover with Batman, it has built up tremendous brand value.

This organization has dipped its toes in a plethora of competitive games, from CSGO, Valorant to Super Smash Bros, you name it. They won the third big CSGO major by winning PGL Major Antwerp and were close to winning IEM Katowice and ESL Pro League Season 15. In Rocket League, they took the third RLCS North American spring regional event by defeating g2 and earning a spot in the World Championship and Spring Major competitions. Additionally, they’ve placed second in two Call of Duty League Majors.

The most successful eSports organization, which dominated in 2018 and 19, has been ranked 5th in Forbes rankings. With the estimated revenue of $35M in 2021, they’ve been thrown down from the number 3 spot by other big Orgs. C9 is famous for its successful teams; they’re establishing new business ventures with the coaching software Training Grounds and the super-fan subscription service Stratus.

They’ve dominated the world in almost every competitive game. They’re the only NA team ever to win a Major in CS: GO, which is heavily dominated by the EU these days. At the April Halo Championship Series Kansas City Major, Cloud9 finished second. The outcome is fantastic but unexpected, given how widely predicted they were to win it all.

Nevertheless, that result ensured C9 would remain a top 10 organization in 2022, advancing to the Apex Legends Global Series Split 2 playoff finals. The organization’s recruitment of the former Gambit eSports CS: GO lineup is one action that ought to pay off in June. They recently lost the PGL Major Antwerp playoffs and are presently participating at IEM Dallas. 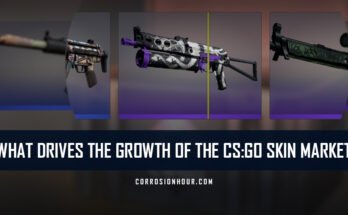 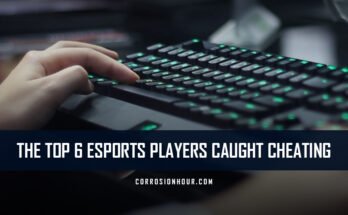