Welcome to The Forest, where Lovecraft meets the Great Outdoors.

Camping, hunting, crafting & sailing; if only if it weren’t for all the cannibals in The Forest

Survival games have always been a concept I’ve found fascinating. From a game design perspective, it’s interesting to see how developers handle tasks that, in real life, could be perceived as mundane.

In the digital world, though, survival games tap into our most primal desire to create and thrive with limited resources. The Forest manages to capture all of this while adding a survival horror and Metroidvania flair to it effortlessly.

The Forest has the player stepping into Eric Leblanc, a former survival-show celebrity traveling with his son Timmy via plane. The introduction shows us a brief glimpse of the aircraft itself along with Timmy just before the plane starts to shake violently and eventually crashes. 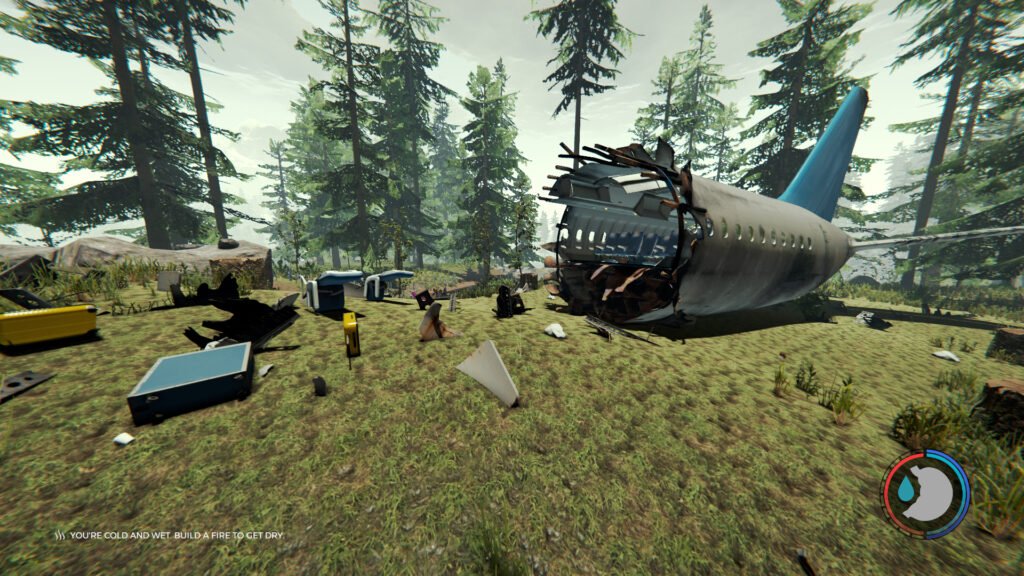 Dazed and confused, Eric wakes up to see his son kidnapped by what appears to be a native in this newfound area. With his vision clear, Eric steps out of the plane’s rubble and begins to forage for nearby supplies. Welcome to The Forest.

What sets apart The Forest from other survival games is that it offers the player a primary goal other than just surviving. The bulk of the narrative within The Forest is told to the player through implicit storytelling with collectibles. Photos, journals, and even the dreadful scenery tell of Eric’s experiences on his adventure.

The game offers a few cutscenes, found at the beginning and end, which can almost shock the system after the roller coaster is the intro. The most defining characteristics that make The Forest so compelling as a concept are the horror elements that permeate throughout the narrative and environment.

The Forest manages to grip the player immediately with its emphasis on lifelike photo-realism. Trees and rocks are textured accordingly, with ridges and bark throughout. Water has a pristine and untouched feel to it, which makes it all the more eye-pleasing.

Animals in The Forest look like they blend in with the environment just enough to make it easy for players to spot them while also easily distinguishable from the flora. Character models for the cannibals, particularly the game’s main enemies, are richly detailed with their clothing and expressions. 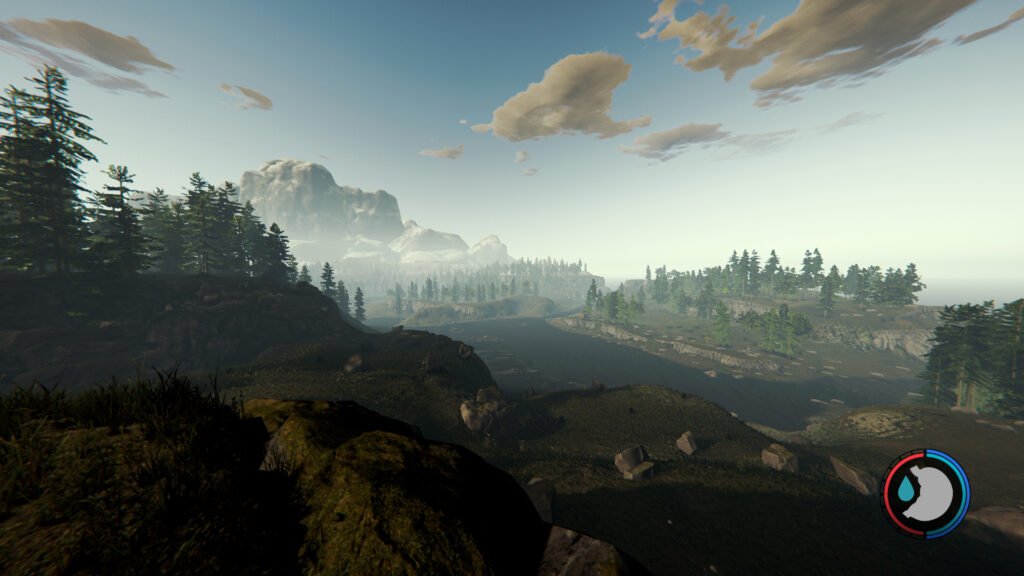 The animation for the cannibals is a high point in the graphics department due to their sudden movement that fits with the game’s aesthetics. Special cannibals have unique models, and animations would make many players unsettled.

Some of the cannibals look as if they are horrifyingly held together by stitches. The graphics aim to balance realism from detailed flora and fauna by contrasting it with Lovecraftian-inspired cannibals.

Easily one of the most vital points within The Forest is its atmosphere. I’ve yet to play a game that can so subtly shift from a peaceful walk in nature to a desperate fight for survival. The sound design and stellar lighting play a large role in the atmosphere.

The day segments offer an abundance of light to accomplish a wide variety of tasks that even veteran base builders will have in mind. When night sets in are when the cannibals come out to play. The telltale sign of screams in the distance is enough to make even the bravest of players wince at the thought of death. 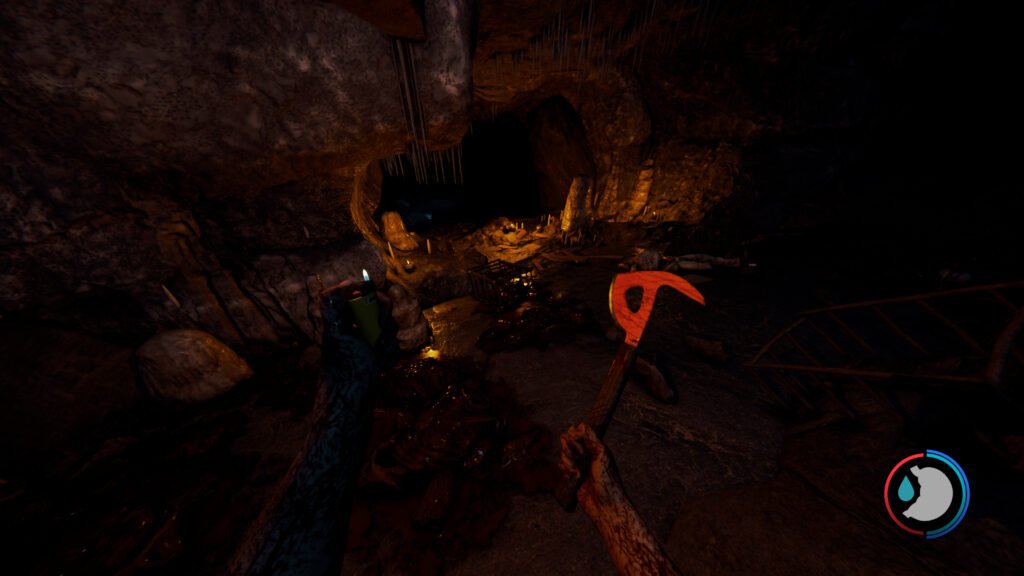 With barely any natural light, players must use lighters and torches for a limited scope of vision. What makes this scenario effective is the gameplay elements working in tandem with darkness and eerie noises to provide a sense of dread.

This same tense atmosphere extends to the cave portions of The Forest as well, where the player will spend a good majority of their time. Players will deal with many unsettling sights, such as the rotting corpses of other plane passengers, emphasizing the danger.

The sound design manages to stay healthy as the echo of cannibal moans and dripping water from the caves can make even the wind from the entrance sound like a monster stalking you.

The Forest is a masterclass in game design for survival horror as it manages to keep the best elements of the genre while also innovating from others. The most notable design philosophy is the way the game handles its items.

One of these critical items is climbing gear to let Eric reach greater heights in the connecting cave systems. Other items include a rebreather, which will allow Eric to reach new depths to search for Timmy and even more gear.

The overworld offers many different ways for players to craft their base to their liking. With options such as a humble log cabin, a giant sprawling tree-house, or even a house-boat, you won’t know what to do with all your real estate! Given that you will make the bulk of your housing out of wood, you’ll need to take certain precautions when the cannibals inevitably try to break it down. 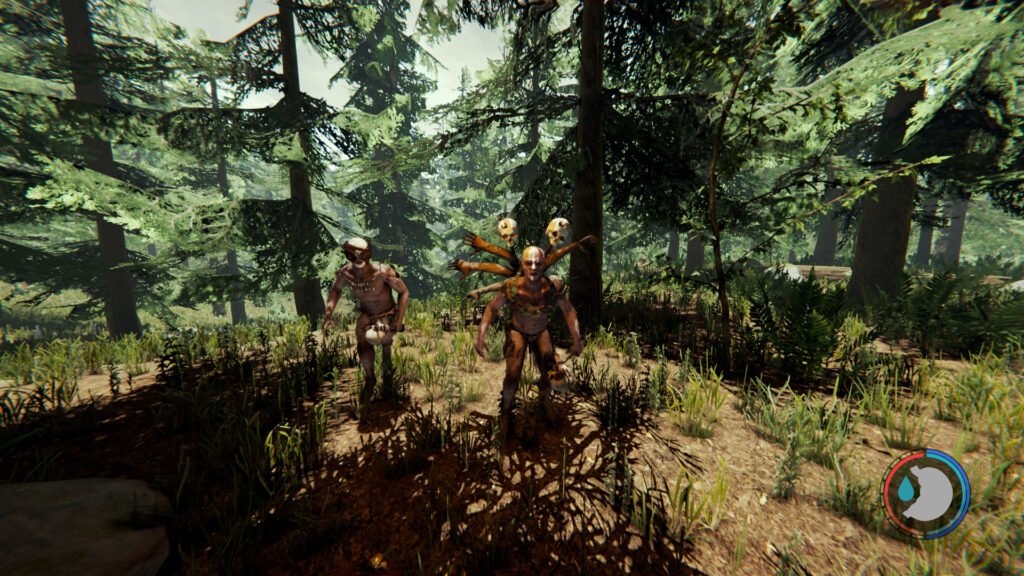 Players will have the option to make traps to stop them dead in their tracks and use the caves’ tools to combat the danger. The critical gameplay loop of foraging and exploring made for one of the most enjoyable and entertaining survival games I’ve played in years.

The Forest offers a massive playground in terms of what the player is capable of doing. As a goal-oriented player, I found myself compelled to take my time diving into different locations with an objective in mind. I found I had the freedom to do what I wanted in a setting that allowed for flexibility and creativity.

The best part was that since The Forest allows for multiple players to join, I was never alone in my struggle. Different friend groups had other goals and ideas in mind, which made the game vastly unique, depending on who was playing. Some players may be more interested in the creative aspect and may want to focus on base building. Maybe you simply want to go fishing and call it a day after scavenging for food.

However, you do so; your playstyle will have its own unique rewards and drawbacks, which is the key factor that always brought me back to The Forest.

Final words on The Forest

The Forest is very clearly a project made out of passion, and the sheer dedication shows. As someone who didn’t have a lot of experience with survival games at the time, I am glad that the time I spent in The Forest opened up my eyes to how immersive and fun the genre can be. 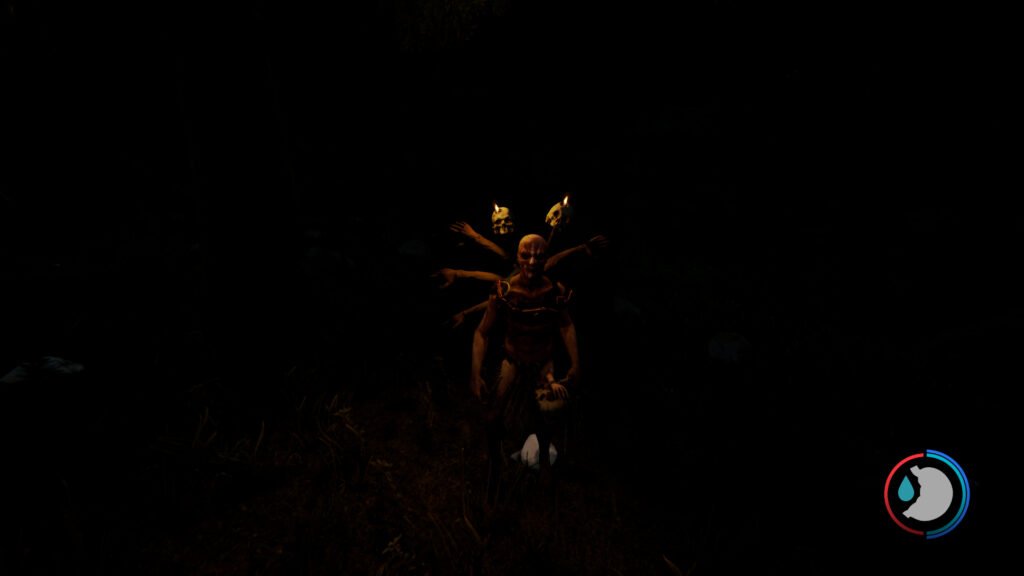 The survival horror drew me in, but the thrill of surviving both by myself and with friends made the journey to find Timmy one I won’t forget.