We’re going on an adventure!

Fallout 4 is known for having an abundance of many things. Radiation, mutants, and bugged NPCs, to name a few. But another thing Fallout 4 has in spades is quests. Quests everywhere. Quests from this NPC, quests for entering that city, quests you picked up from a dead body. There are quests that require power armor, quests that involve companions, and quests with multiple endings. You’ve got funny quests, dramatic quests, and deceptive quests.

There are a lot of quests.

Today we’ll break down some of the most iconic and best Fallout 4 side quests and name a few that you will certainly want to take advantage of.

See that area on your map called the Museum Of Witchcraft? You should go check it out. You’ll have to enter in through the basement. Don’t be surprised if you happen to find an angry Deathclaw roaming about. She’s just looking for her eggs.

This quest has the player track down Deathclaw eggs that were stolen by raiders. You can either deliver the eggs to the raiders, who intend to raise them as pets or back to the Deathclaw nest—your call.

What should be one of your first interactions with members of the Brotherhood of Steel, Call To Arms has players explore the ruins of the ArcJet System for a rare piece of ancient technology. Team up with Paladin Danse, a potential future companion, and head out to ArcJet. You’ll face down a whole platoon of deadly Institute synths, so be careful.

You can pick this quest up after helping Paladin Danse, and his fellow teammates survive the attack on the Cambridge Police Station. This quest seriously pissed us off when we started it. By accident. And then found ourselves trapped in a 200-year-old building thanks to the relentless batteries of a murderous Miss Nanny robot.

This one takes a lot of exploration to complete. We thought we’d have to reload a different save and come back when we were at a higher level. Every terminal, every locked door was too high for us to hack or pick. We thought we’d hit a dead end.

But the level designers of Fallout 4 aren’t noobs. They know what they’re doing. If you think you’re stuck, just make sure you’re trying every door and checking every corner. It took us a while to get all the components and complete the science experiment. But when we did, we murdered the heck out of the robot. A challenging mystery to figure out, Human Error is a quest about a missing caravan and a town of fake people. Well, the people aren’t fake, but the way they act clearly is. Head to the settlement of Covenant and speak to Honest Dan; you’ll learn he’s tracking Stockton’s Caravan, which definitely passed through this way. Don’t attempt this quest unless you have either:

You’ll need to rely on one of those stats to help you collect enough clues to further this quest. Sorry, you’ll need to come back later if you’re nothing but a melee strength build. Killing everyone here or simply smashing your way around will not solve anything. But if you’re friendly with the Railroad, this quest may be in your favor. Who doesn’t like free power armor? If you’re looking to farm a few power armor suits in Fallout 4, this is the quest you want to pay attention to. While exploring the wasteland, players will pick up several distress beacons. The Lost Patrol activates the same way, and if players find the beacon, they’ll find their first member of the lost patrol. Track down each member, and collect their dog tags–and their power armor, if you like. After finding several team members, you’ll track the last member. Be careful, though; it won’t be what you’re expecting.

Okay, so Vault 81 is less of a side quest and more of a series of side quests. Sue us. The experience is still one that shouldn’t be skipped in Fallout 4.

Vault 81 is in the central southeast portion of the map, hidden in a cave. It is a fully functioning Vault, complete with an Overseer, security, a medical team, and more. There are even kids attending school classes. Vault 81, like any Vault in the Fallout franchise, has several secrets for players to uncover. It also has several side quests–primarily small, meaningless ones–and several vendors for players to converse with.

We found exploring Vault 81 one of the highlights of Fallout 4. At first, it seemed bland. But we knew there was more to it than appeared and its genuinely one of the best Fallout 4 side quests.

By far, one of our favorite quests in Fallout 4, the Silver Shroud quest line, should not be ignored. Is it a bit cheesy? Sure, we’ll give you that. Is it also hilarious and awesome and full of submachine guns? Hell yeah, it is.

Players will meet a ghoul named Kent in Goodneighbor who laments the state of the world. He wishes someone would do something about it—someone like… the Silver Shroud.

That’s where you come in. Take on the mantle of Silver Shroud and rid the wasteland of corrupt scumbags and ruthless murderers. And look like a gangster while you do it.

One of the best parts of the Silver Shroud is that it affects so much of the game. Just wearing the costume at other moments in Fallout 4 can trigger different dialogue options and combat interactions. Highly recommend. Curtain Call, like Lost Patrol, is activated by wandering the Commonwealth and picking up radio signals. As you explore the central area of Fallout 4’s map, you’ll eventually pick up a distress call from Rex Goodman. Rex will direct the player toward Trinity Tower, a former office building that is now home to one of the highest concentrations of Super Mutants in all of Fallout 4.

Fight your way up Trinity Tower, free Rex Goodman, and obtain one of the best companions in the game: Strong. The only Super Mutant to join your team, Strong is more than worth the side quest to get him.

9. The Secret Of Cabot House 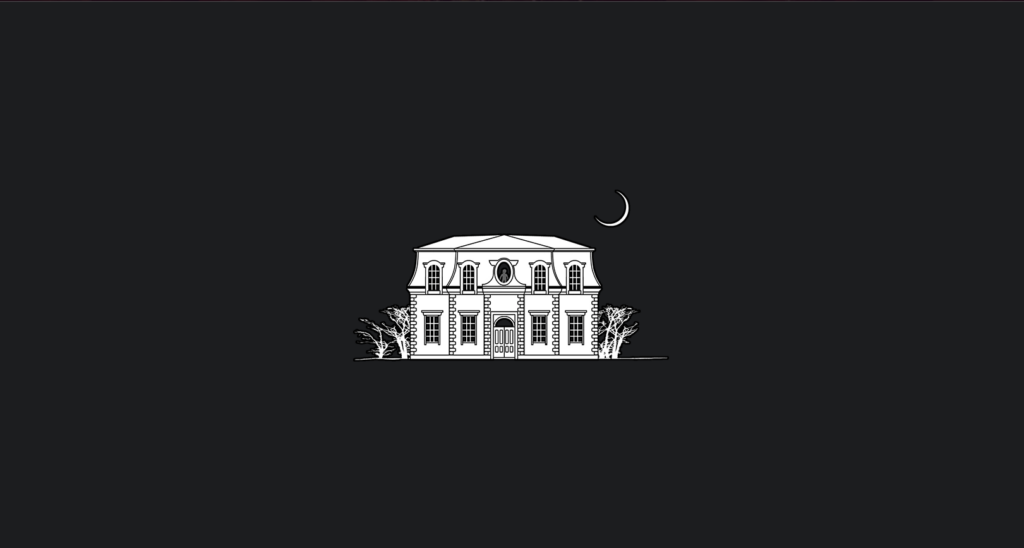 The Secret of Cabot House isn’t just one of our favorite and one of the best Fallout 4 side quests; it’s one of the most objectively awesome quests in the game. It involves 200-year-old people, aliens, and experimental weaponry. What’s not to like about that?

To activate this quest, players will first need to befriend Edward Deegan in the Third Rail at Goodneighbor. Deegan will give players access to the Cabot House and its series of side quests.

Questions will undoubtedly arise as players help Jack Cabot and his odd family. Even more so if players try poking around where they shouldn’t be. The Secret of Cabot House is the culmination of all the spooky vibes Jack and his family put out. Players finally meet Jack’s father and get to make a big decision about the future of Cabot House. 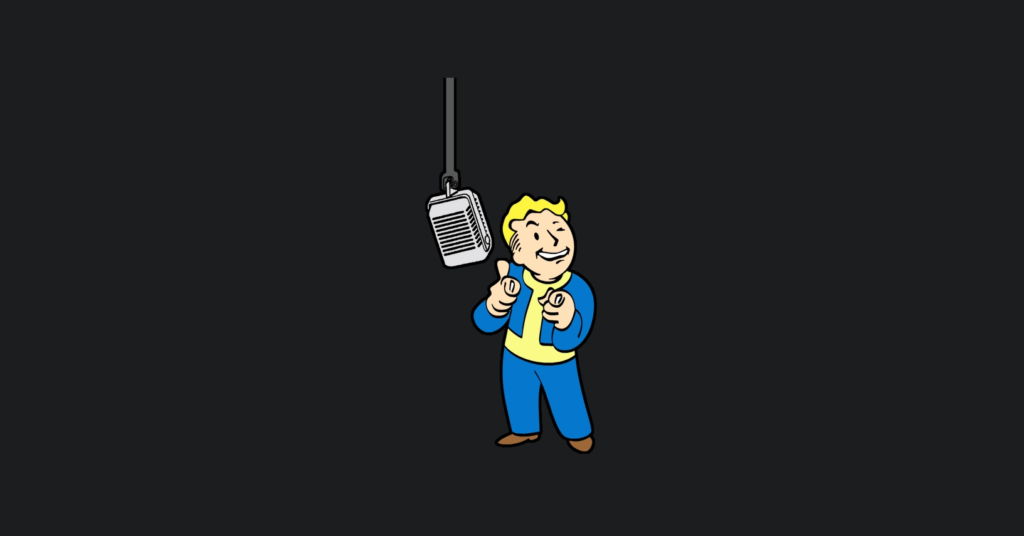 At first, this seemed like such a stupid quest. Yeah, we said it. But we cannot express how much the results of this quest improved our Fallout 4 experience.

Confidence Man triggers when players enter the Dugout Inn in Diamond City. They’ll eventually be told to speak to the bar owner, Vadim, about a little problem he thinks everyone in Diamond City is experiencing. And that problem is listening to the lame-ass, no-confidence loser who somehow got the job of DJ on Diamond City’s radio station.

Vadim has a plan to instill some confidence in the DJ, Travis. That plan involves you and Vadim setting up a fake fistfight between Travis and a few drifter ruffians. Vadim knows you can handle yourself, so he wants you to watch Travis’ back and ensure he wins the fight.

Yes, this is a pretty lame quest. In terms of action, you just run around Diamond City a bit and get into an unarmed fight with some thugs for a few seconds.

But the results are heavenly. Whenever we heard a radio in Fallout 4, it was usually tuned to Diamond City’s station. And every time we listened to that station, we heard that lame-ass, no-confidence Travis being a lame-ass. Once he gets confidence, he’s one smooth operator. The entire vibe of the radio and Fallout 4 itself changed. We enjoyed listening to the station and didn’t curse Travis and his lineage every time we heard his voice. 10/10. 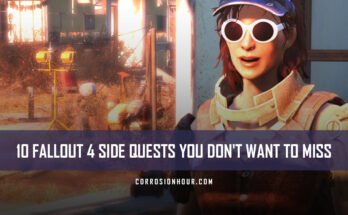 10 Fallout 4 Side Quests You Don’t Want To Miss