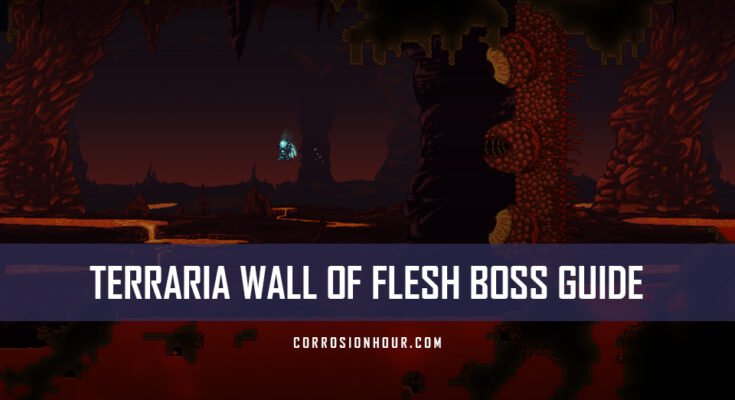 Widely considered the turning point due to blocking off hard mode.

The Wall of Flesh is a significant obstacle for Terraria players to overcome. Thankfully, we’re here to help! 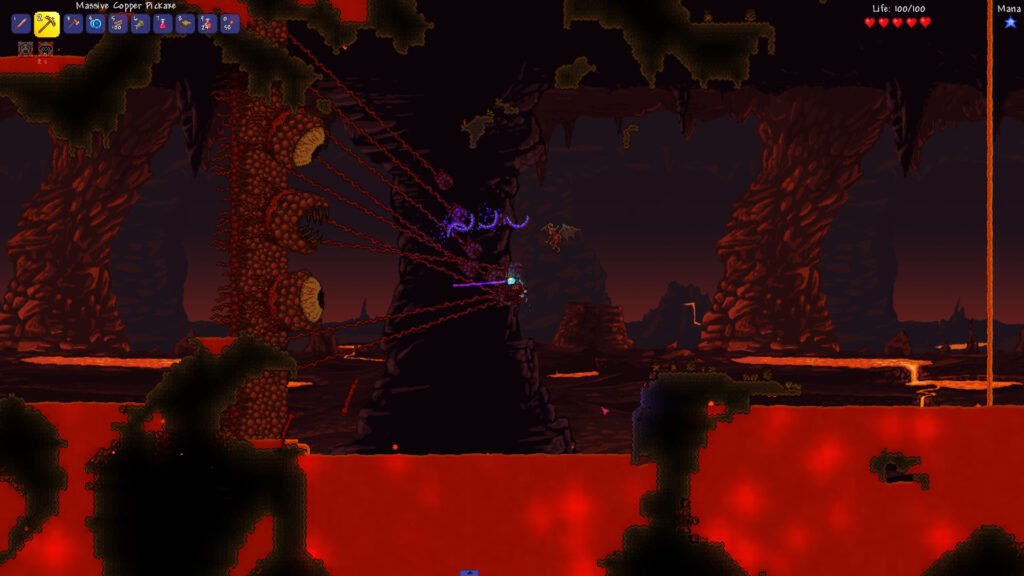 What the boss, The Wall of Flesh can do

Another critical factor is that the wall moves faster the lower its health. If the player reaches the edge of the underworld, it will despawn and immediately kill the player.

It also inflicts a debuff at the start of the fight that prevents the player from using items like the magic mirror or any form of warping magic. Doing so will immediately kill the player.

At this point in the game, you should have a decent amount of ranged weapons and magic to help deal with the wall of flesh. Melee can be used for the smaller biting mouths assuming your weapon has a wide enough vertical arc.

A spear for your melee weapon of choice is better recommended than a sword, if only because of putting more distance between the wall. Arrows and chakrams are very effective at fighting the main eye while maintaining a healthy distance.

Mobility options such as rocket boots or running shoes can help with survivability purposes. You’ll want to bring a healthy amount of blocks to use and have sufficient breathing room for the fight.

A healthy dose of healing potions and defense and attack boosting items can also help shorten the fight since time is essential.

The Wall of Flesh strategy

Before starting the fight, make sure to make a hellevator from the surface to lead down to help for multiple attempts quickly. You’ll also want to build a horizontal platform extending around 1000 blocks or more to have more time for the fight.

When you’re ready, drop the guide’s voodoo doll into the lava. When the wall spawns, you’ll want to try knocking out the chomping mouths with a wide area of effect. Ideally, dynamite or a bee bomb can help with this or a chakram for its piercing qualities. 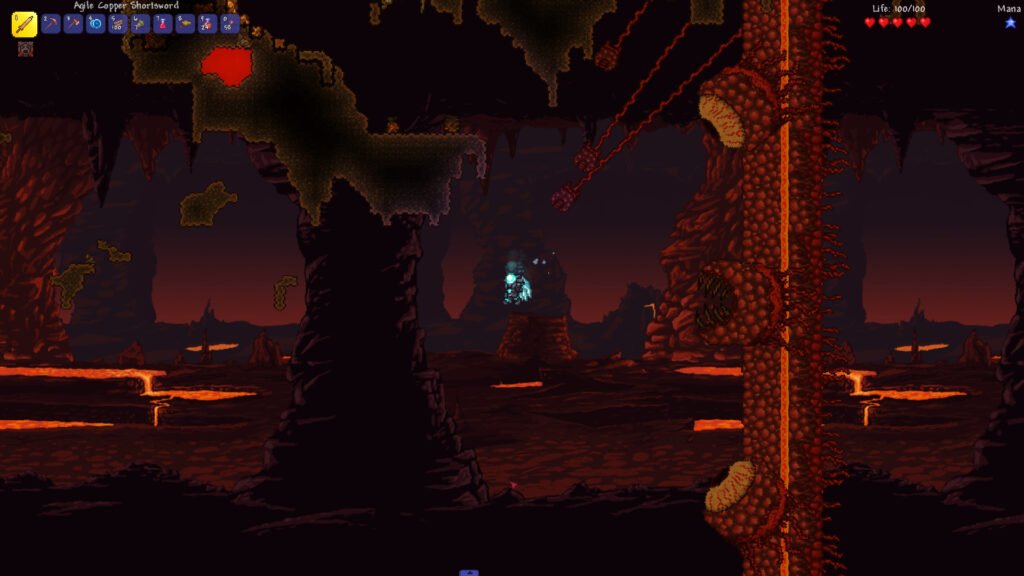 When the smaller mouths get low on health, they’ll separate and lunge at you. Here you can finish them with a melee weapon. After these are gone, you’ll want to use a ranged weapon to target the large eyes.

Be mindful of the laser beams’ speed as they fly toward you. If the wall sends leeches after the player, you can use a wide weapon to knock them out. When the wall reaches less than 33% health, it’ll start to speed up drastically.

If you’ve saved any strong throwables, you’ll want to use them now as the boss can easily outrun you. Keep zoning the wall, and it will eventually fall, and you’ll have unlocked hard mode!

Brace yourself for hard mode

Congratulations on taking down The Wall of Flesh! What bosses await on hard mode and beyond? Be sure to check out our other boss guides to find out!

If you really get stuck trying to take down the Wall of Flesh, there’s plenty of video guides out there to assist you.