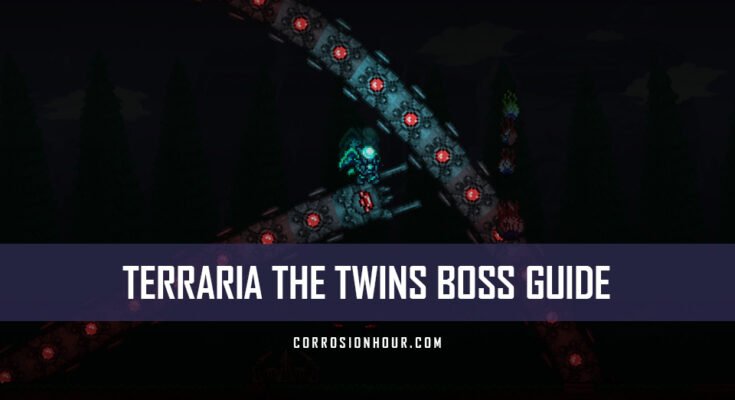 The Eater of Worlds has returned with new mechanical tools, as The Destroyer!

Prepare to face The Destroyer in this thrilling boss guide! 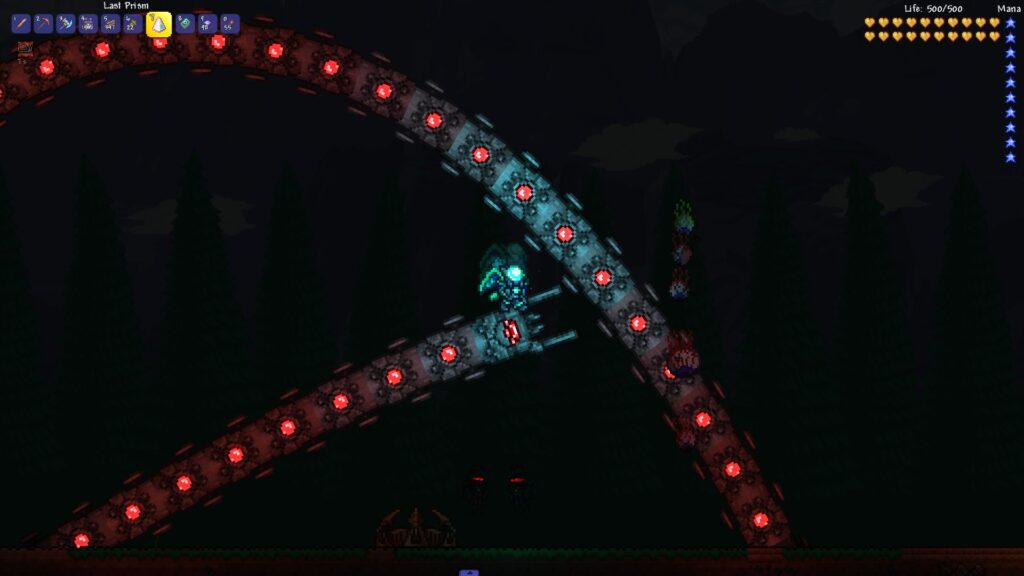 What The Destroyer can do

The Destroyer is packing heat with it comes to its attacks. Like the other worm boss of its kind, it will attempt to charge into the player while moving from below to the above ground. The higher it is out of the ground, the slower it will move.

With this in mind, the worm is dependent on the terrain to move at its max speed, making sure to pay attention to its position in combat. The Destroyer is also capable of firing off lasers from the probes within its body as well.

These same probes can again fly off of its body and shoot independently. They may occasionally move toward the player, who will put them in a prime position to melee them.

One thing to note is that the worm’s head can instantly kill the player with its damage output on more significant difficulties.

Your best bet for this fight is to use a powerful bow such as the Daedalus Stormbow with a combination of jester’s arrows or holy arrows. Other weapons, such as the Amarok yoyo, can help by hitting multiple targets as well.

You’ll want a decent amount of mobility, either with a grappling hook or with some boots to help move faster. A Potion of Swiftness can help to dodge The Destroyers ram along with its lasers. Wire traps can give some breathing room and spiky balls as well.

You’ll want to build a box-like arena littered with wire traps and other hazardous terrains such as spiky balls. Make sure to have either stairs or rows that are easily accessed to dodge the boss.

When the fight starts, you’ll want to pelt the creature with an onslaught of jester arrows while dodging its ram attack. When the probes separate, you can opt to take them down with a melee attack if they close in, or you can take potshots at them with a ranged weapon.

Bear in mind that even if you defeat The Destroyer, the probes will not despawn after the fight! Bouncing weapons are great to use once more probes are on the field as they have a high chance of hitting both the boss segments and the probes.

Once all the probes are taken care of, we can focus on the boss. Make sure to avoid contact with the head as it deals much more damage compared to the body. Rinse and repeat, and The Destroyer will crumble under the might of your strength!

With the mechanized horror out of the picture, you can once again rejoice! Make sure to check out the rest of our boss guides here!

If you really get stuck trying to take down The Destroyer, there’s plenty of video guides out there to assist you.