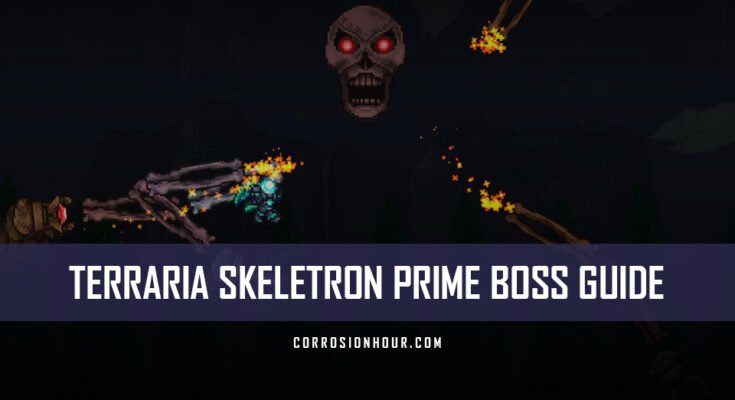 Skeletron returns with a new coat of paint and MANY more tools of destruction.

Our boss guide will show YOU how to deal with Skeletron Prime! 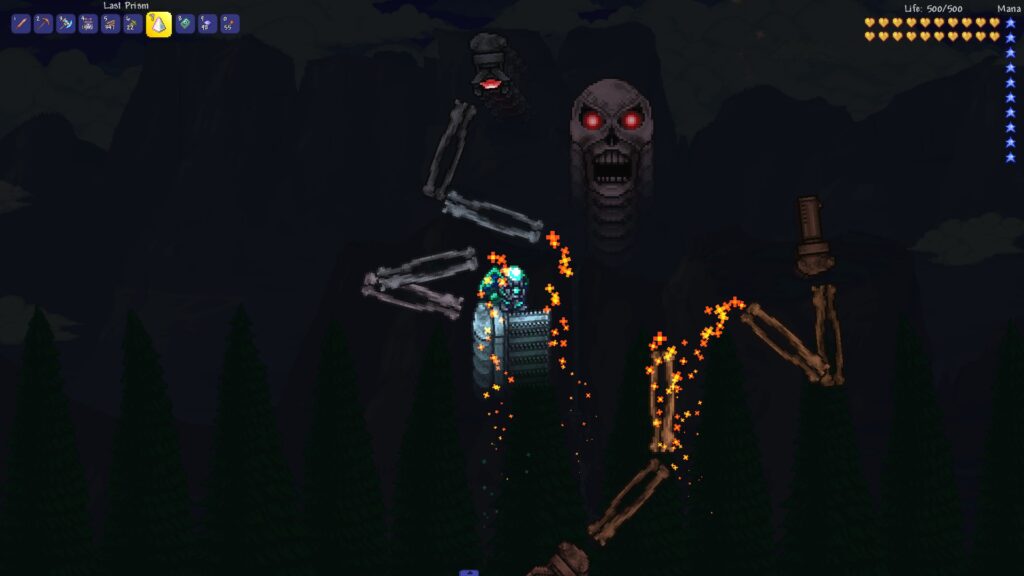 What the boss, Skeletron Prime can do

Skeletron Prime has four different weapons at his disposal, and each of them is very dangerous. There is a saw, a vice, a laser, and a cannon. The saw is capable of targeting the player and doing a massive amount of contact damage.

Thankfully it isn’t speedy compared to the other limbs. The vice is also able to charge toward the player, but it attacks multiple times per lunge. The damage can stack up rather quickly. The laser’s fire rate and its accuracy can make it hectic to deal with, depending on how long the fight lasts.

The cannon is Prime’s other ranged option, and it isn’t as dangerous due to its relatively slow rate of fire. Bear in mind that the explosives can land on solid blocks.

The head itself is also capable of attacking with its spin attack. It gains much higher attack and defense during this move, so ideally, attack it afterward.

Given the multitude of body parts to handle, you’ll want to bring something with piercing properties, such as the hel-fire yoyo. You can also opt to use something like the Shadowflame knife, which shines with its bouncing ability, letting it hit multiple arms.

The Daedalus Storm-bow, along with holy arrows, can crush this boss with enough ammunition. If you have the meteor staff, you can summon several projectiles downward, which will quickly deal with the arms.

Depending on their distance, you will want to opt for the Storm-bow to stay safe from afar or, if the melee arms come in close, to opt for your Hel-fire. While this may seem a bit overwhelming (and believe us, it is), you stand a MUCH better chance at focusing on one arm at a time instead of opting for multiple ones. 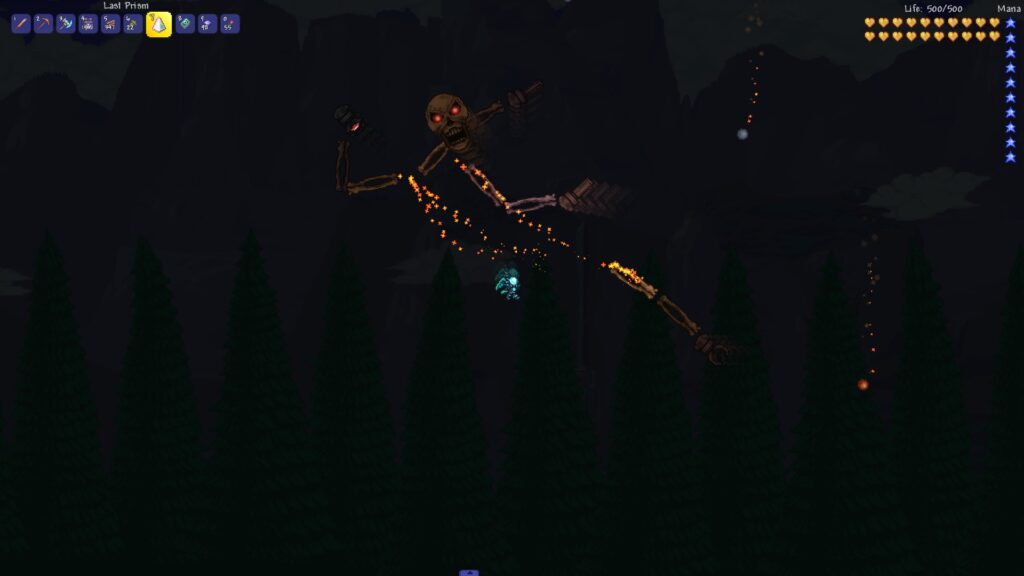 However, if you want to spread the damage around to hit the head, the meteor staff can help with this. Once you’ve taken down the laser arm, focus on the vice and drop down the various platforms to help give you some more evasion.

The other two arms will attempt to hurt you during this and if you want to zone them, try lining up your shot to attack multiple with a holy arrow. Once the second arm is down, you may be running a bit low on time for sunrise.

Now is an excellent time to focus on the main head as that is your win condition for the fight. Dodge the saw when it closes in and be mindful of the explosives from the cannon.

Attack the head once the spin move ends, and you will eventually sunder the skeleton.

You’ve saved the night once more against the mechanical menace! Make sure to check out the rest of our boss guides here!

If you really get stuck trying to take down Skeletron Prime, there’s plenty of video guides out there to assist you.