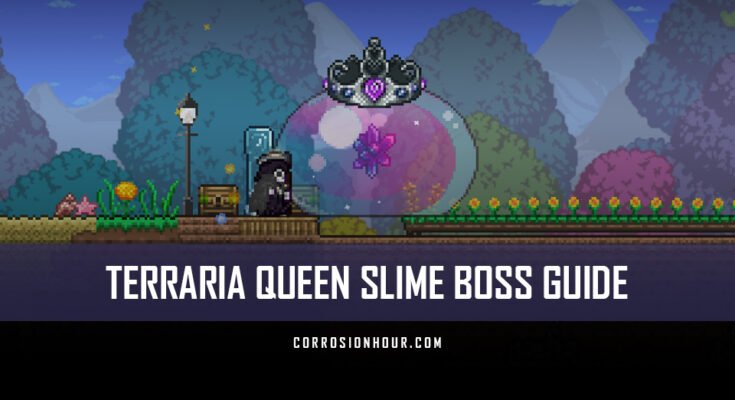 If you thought the King Slime would be the last you’d see of the slimes, then you’d be dead wrong.

The Queen Slime is here for revenge, and we’ve got just the guide to help out! 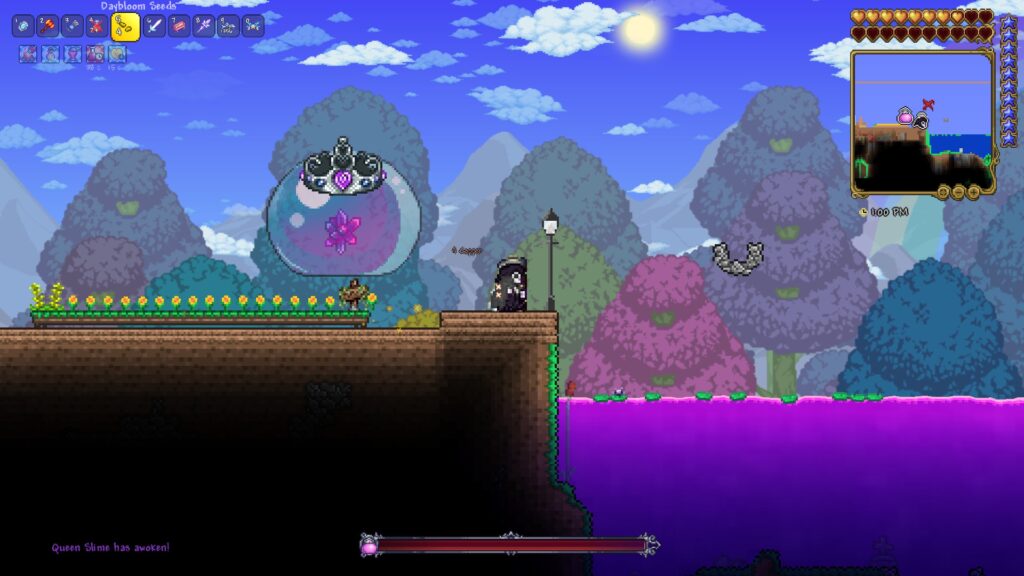 What the boss, Queen Slime can do

The Queen Slime shares some similarities to the King Slime in that she will also jump around the arena sporadically. Unlike the King Slime, though, she’ll hop around much faster by comparison. The Queen will also be capable of either attempting to slam down on the player after a few jumps or shoot a barrage of bouncing gel.

The slam inflicts massive damage, while the gel can make the fight much more hectic. The Queen is also capable of spawning in additional slimes like the King, but she has three variants this time. She can summon bouncy slimes, heavenly slimes, and crystal slimes.

Given how many options the Queen Slime has, you’ll want to be aptly ready for the fight. For melee, something with a broad swinging arc can help for the smaller slimes as well as the Queen.

Ranged is better for phase 2, given that she’ll be flying and much more challenging to hit than with a melee weapon. Piercing magic is always great for bosses that summon minions, and you’ll have plenty more options on hard mode compared to before.

When you summon the Queen Slime, you’ll want to retreat to your elevated arena and focus on dealing with any slimes she throws out at you. You can opt to take them down from afar as you’ll be dealing with their projectiles. For the heavenly slimes, slash at them as they approach and deal with them quickly. 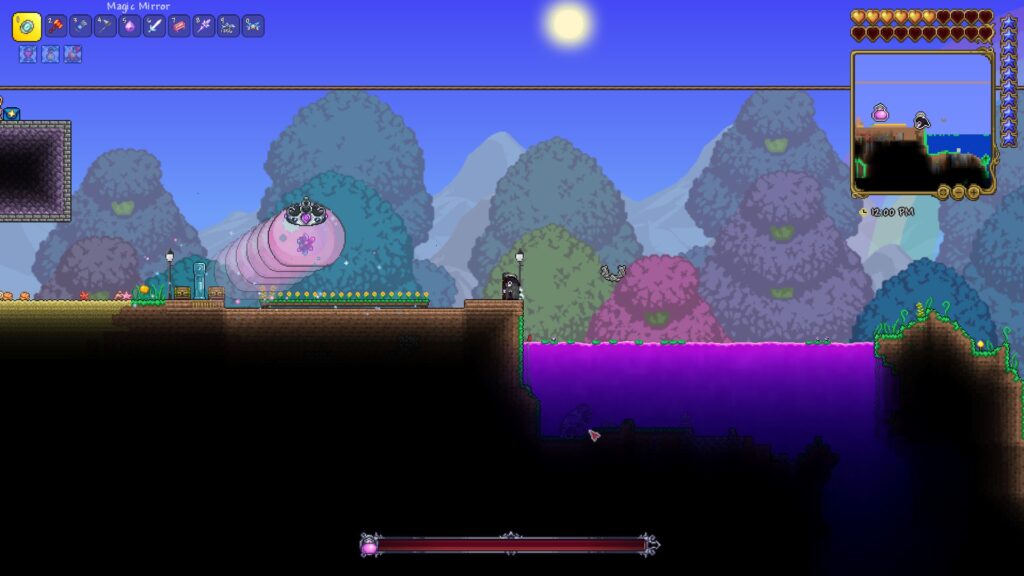 Please pay attention to the Queen Slime jumping around as there are moments where she’ll hesitate for a brief period before she commits to an attack. Now is your chance to either hit her with a melee attack or prep a ranged weapon for the stomp. It’s up to you whether you want to play it safe or try to maximize your DPS.

Her second phase is when things become much more dangerous as she’ll move around much more. Try to take shots at her while she’s flying, in addition to being mindful of her projectiles. While it may seem overwhelming, keep doing this, and she will perish at the might of your strength!

With the King and Queen slime defeated once and for all, hope returns to the land of the living. Be sure to check out the rest of our boss guides here to get the edge on them!

If you really get stuck trying to take down the Queen Slime, there’s plenty of video guides out there to assist you.