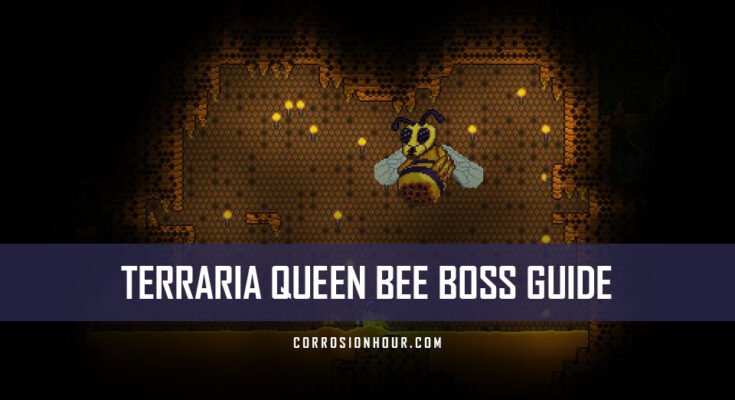 Bring your best bug repellent because the Queen Bee and her cronies are angry!

Thankfully our bonafide boss guide will help knock these bugs to their side. 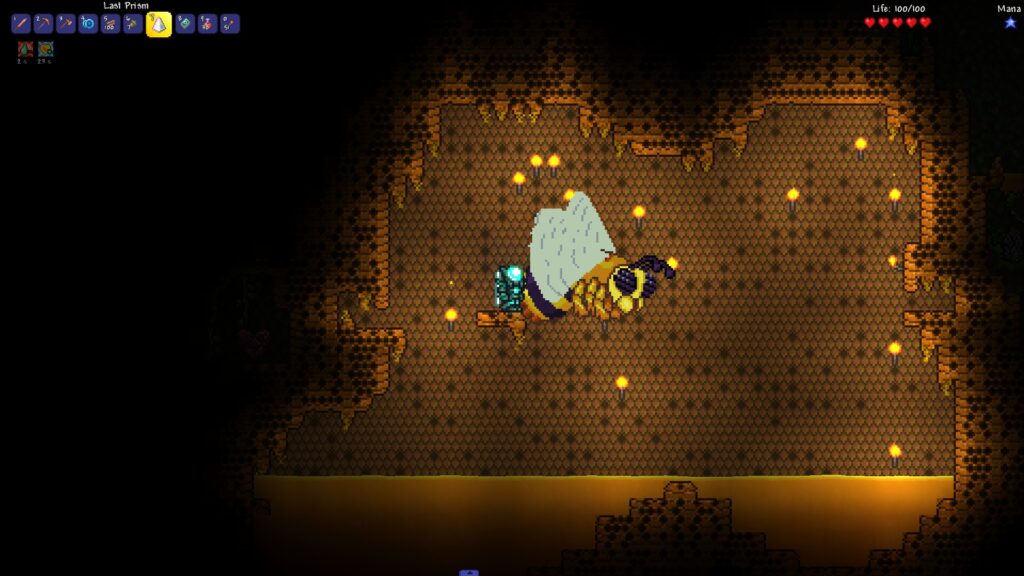 What the boss, Queen Bee, can do

The Queen Bee, like many of Terraria’s bosses, has several moves at her disposal. If she is standing horizontal, she will ram towards the player and attempt to sting them. She is also capable of summoning small bees to help aid her in combat.

You can kill the smaller bees similar to other bosses’ additional enemies. In expert mode, these bees are capable of poisoning the player. The Queen Bee can also shoot poison stingers at the player, which gives her a ranged option.

While shooting these, she can reposition herself slightly above the player to do contact damage or possibly lunge.

Melee can be a bit unreliable in this fight, given her fast movements. That said, it may be worth trying to slash at the smaller bees if they approach you to help make things easier.

Ranged weapons thrive in this fight as they can let you keep up with her while also providing adequate distance. Ranged magic can also be a boon during this fight, as there are moments where the Queen is immobile.

Piercing weapons can help when multiple bees are on the field, as you can line up a shot to hit the Queen and her lackeys.

When the fight starts, you’ll want to listen for the Queen’s audio cue. If you hear a roar, she’ll begin to lunge at you. You can take a shot with a ranged or magic weapon and either drop down a platform or attempt to jump over her if your jump height is high enough. 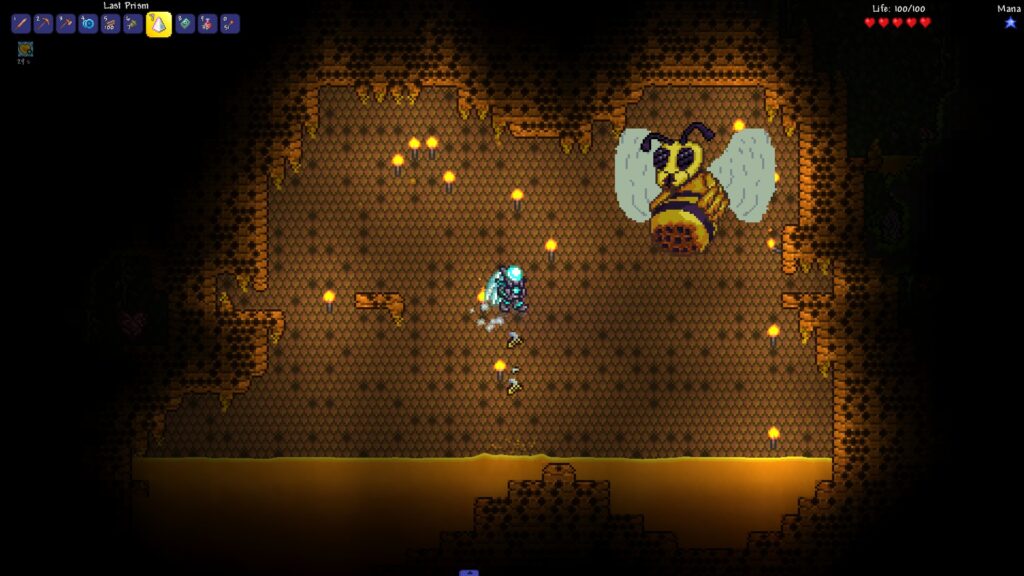 If you see the Queen start to go above you and summon her bees, that’s your best time to attack as Queen Bee is exceptionally vulnerable. She’ll be stationary, which will allow you to either attack the Queen with a melee weapon or a more decisive ranged attack to guarantee the hit.

Make sure to knock out some of the small bees with a melee weapon when they close in, as their damage can stack up quickly. When the Queen Bee fires poison stingers, focus on dodging them as the fight’s length can make coping with the poison very difficult.

If you need to heal, try to do so immediately after Queen Bee lunges at you. Doing this will allow you to focus on attacking while she is vulnerable instead of needing the menu and losing out on valuable damage.

Keep doing this, and the Queen Bee will perish at the might of your strength.

A new Queen in town

Now that the bees are no more, you’ll have all the honey and loot you could want! There are more bosses in-store, so be sure to check out the rest of our guides!

If you really get stuck trying to take down the Queen Bee, there’s plenty of video guides out there to assist you.