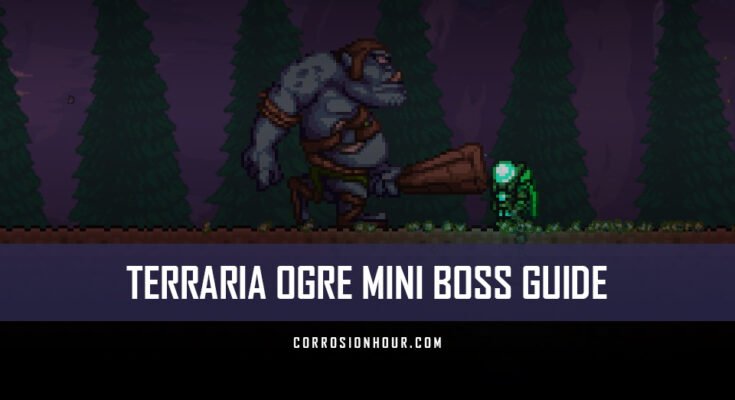 Somebody once told me this ogre had a knack for knocking players out.

Here’s how to take down this behemoth in our boss guide! 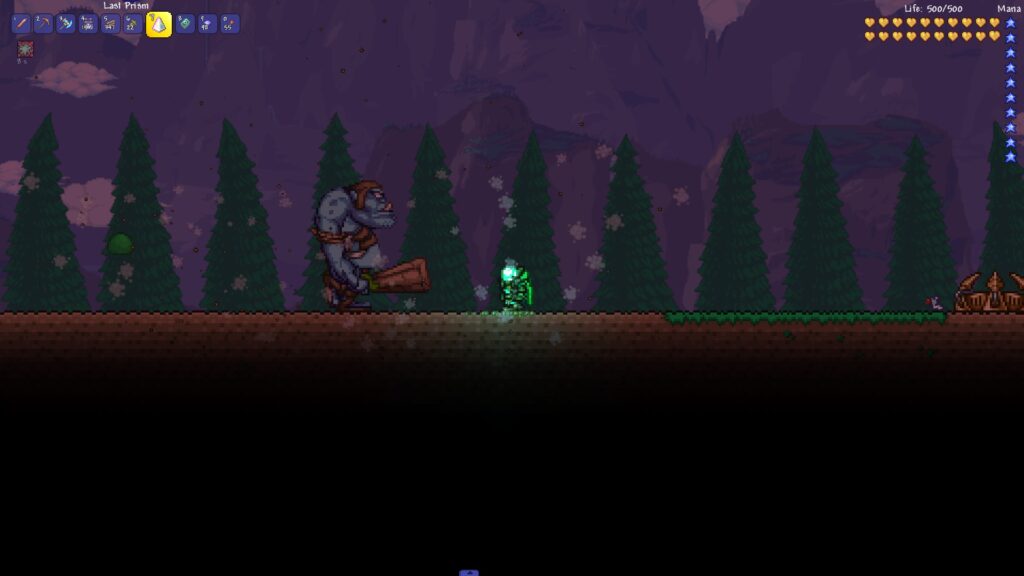 What the mini-boss, Ogre can do

The Ogre has several attacks that can do surprising amounts of damage. The first is his spit attack, where he’ll shoot a green projectile toward you, which can give a slowing effect. The Spit can also hit the terrain and spread, which will also slow you down.

The Ogre can again jump reasonably high into the air and make a slamming attack, which will damage the area. Lastly, he can swing his club, which does the most damage and knocks the player back very far.

Suffice to say, and you don’t want to be very close to him, which cuts down your options. Combine all this with a high health pool, and you have one durable monster.

For the enemies before the Ogre, you can use a melee weapon such as the death sickle. They’ll mainly focus on the Eternia Crystal, giving you ample time to set up shop with your ballista rod.

For the Ogre himself, you can opt to use the Hellfire Yoyo or a tactical shotgun with crystal bullets. The more distance you have between him, the better. You may also want to have wings to help with his leap attack to fly over it.

Before fighting the Ogre, you’re going to contend with several more enemies during this second wave. There is a kobold that will light itself on fire, run toward you and then explode.

You will also have to deal with a Kobold Glider, which is the aerial equivalent and will attempt to ram into either the crystal or the player and explode on contact. You’ll also have to fight the Drakin, a large dinosaur that will shoot fireballs. 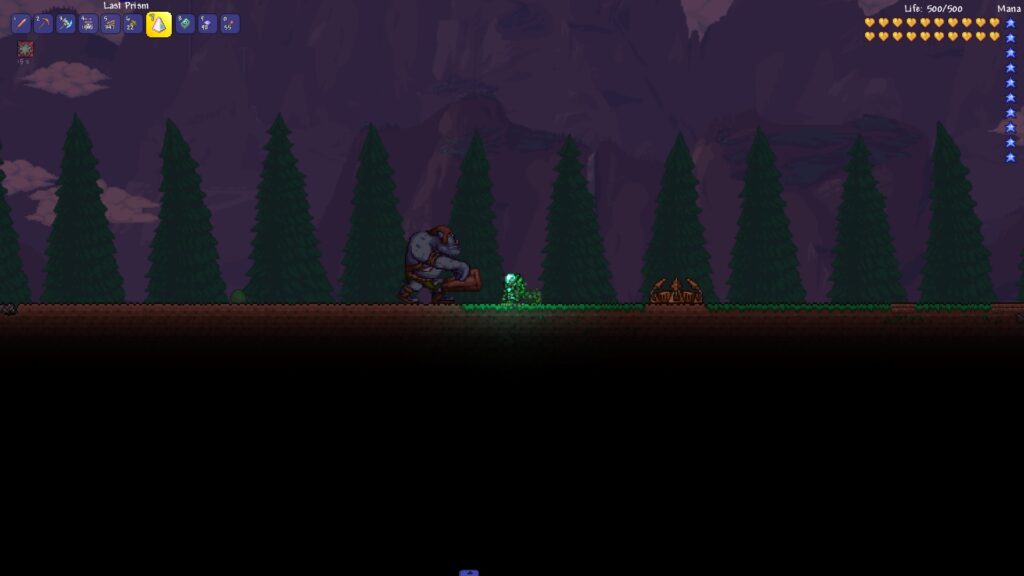 The last enemy you’ll have to contend with is the wither beast, which will use a status debuff that halves your armor, so make sure to kill it quickly! With those goons out of the way, you’ll need to take down the Ogre.

Make sure to stay a reasonable distance away from him and when you see him prepare his spit, fly up with your wings or strafe horizontally. If he jumps, either back up immediately or fly very high up to avoid his shockwave.

Never get too close to him as the tradeoff for getting hit by his club isn’t worth it. Pelt him with your yoyo from a safe distance along with kiting him toward the ballistas for extra damage, and he’ll eventually die.

The Ogre is gone, and you’ll have to prepare yourself for the next wave of this event! Be sure to check out our other boss guides to take down even more eldritch horrors!

If you really get stuck trying to take down the Ogre, there’s plenty of video guides out there to assist you.