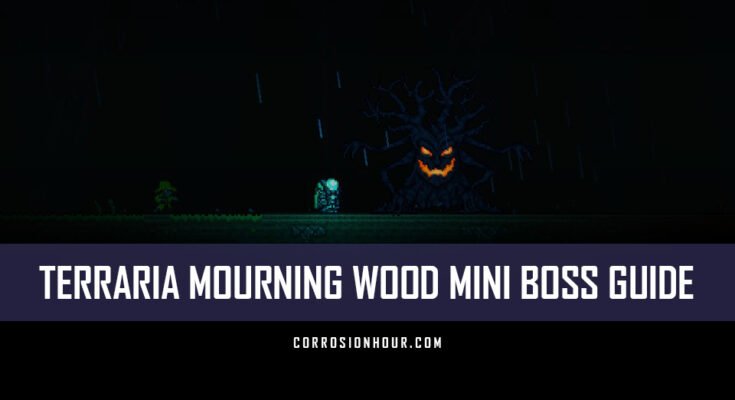 This dastardly tree is more than just a cheeky innuendo. It is one of the two mini-bosses to contend with during the Pumpkin Moon event.

We’ll show you how to take it down in this thrilling Mourning Wood guide! 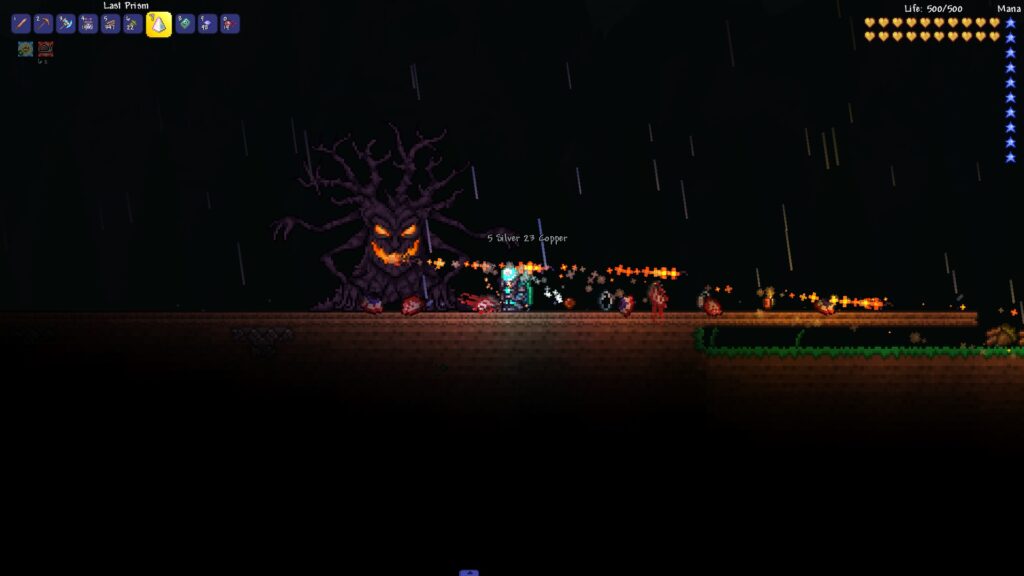 What the mini-boss, Mourning Wood can do

Mourning wood is capable of a total of two attacks. It can fire several volleys of flaming wood that are capable of passing through blocks. Make sure to have plenty of room to dodge this move, as its piercing effect can catch unsuspecting players off guard.

The tree can also emit an action known as greek fire, which can act as a sort of flamethrower. Thankfully this move cannot pierce through the terrain, although it IS affected by gravity. The real threat for this boss is all the minions that are capable of attacking the player.

Scarecrows are one such enemy that can inflict the weak debuff and sometimes only move by jumping. There are also splinterlings, which will slowly march toward the player.

Hellhounds are another enemy you’ll have to fight but beware as their fast movement speed will need to be dealt with by some form of verticality. Poltergeists will float around in serpentine patterns to hit the player too.

You’ll have to fight all of these enemies at a similar time along with the mourning wood so prepare!

You can’t go wrong with piercing weapons such as the Daedalus Stormbow, along with some holy or jester arrows given to all the enemies. Place sentry turrets, leaving some space to maneuver, can also help.

Wings can give you some height to rain down havoc from above while staying safe. The influx waver is an excellent hybrid option to sunder your foes while doing some substantial damage. The early waves of this event aren’t as dangerous, but you should still exercise caution.

Make sure to litter your environment with a combination of sentries or other summoning-type magic to help deal with any additional enemies as the mourning wood isn’t mechanically demanding than other bosses. 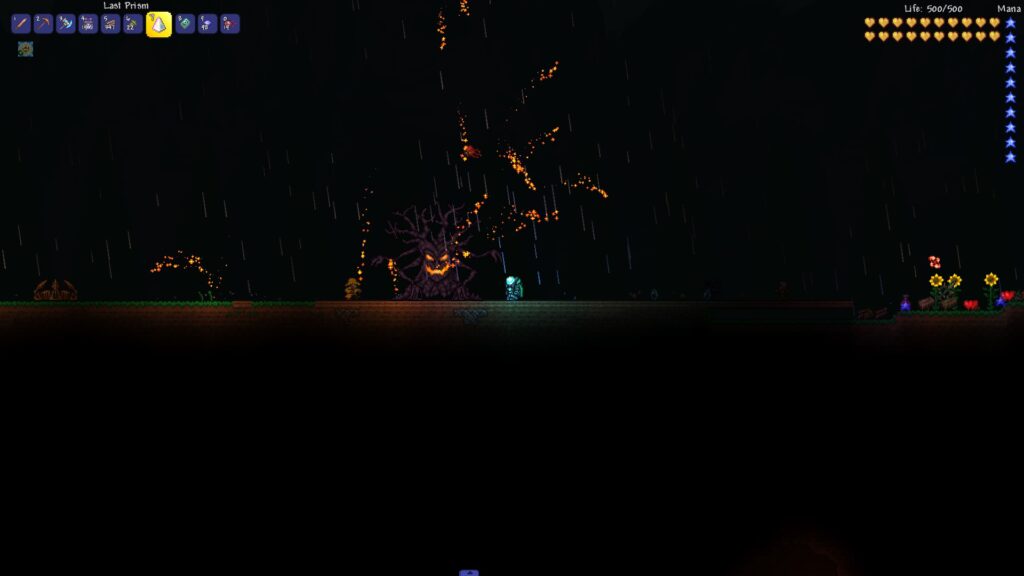 The biggest thing you’ll want to watch out for is its movement, as it will commit to an attack once it reaches a standstill. Similar to other foes, it will increase its speed when its health dips. Lay waste on it ideally from above with wings or with arrows from afar.

If you’re able to get collateral and hit multiple foes in the line of sight, then go for it as the event proceeds faster the more enemies you down. Make sure you have ample room to dodge the flaming spikes he hurls at you along with its piercing through terrain effect.

When it does the greek fire, be mindful not to be below it once it inevitably falls. Keep wailing on it while letting the sentries take down the others, and you’ll have crushed this sentient tree.

All bark, no bite

Congrats on taking down Terraria’s most punny boss! There’s still one more foe to down for the Halloween event, though, so brace yourself! Be sure to check out our other boss guides to take down even more eldritch horrors!

If you really get stuck trying to take down the Mourning Wood, there’s plenty of video guides out there to assist you.