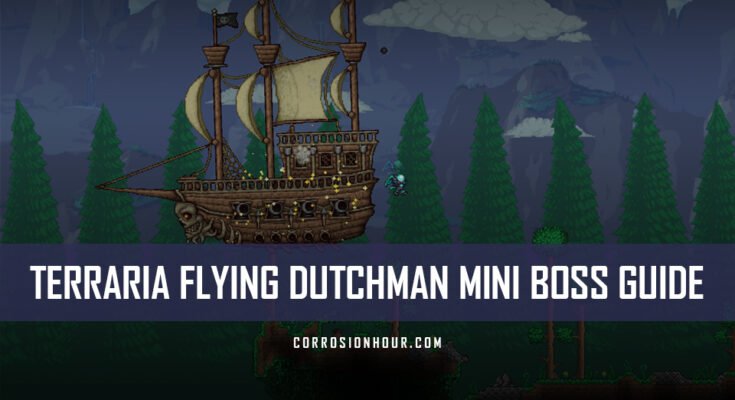 Prepare to be plundered by the Flying Dutchman!

We’ll take an in-depth look at how to take down this massive boat. 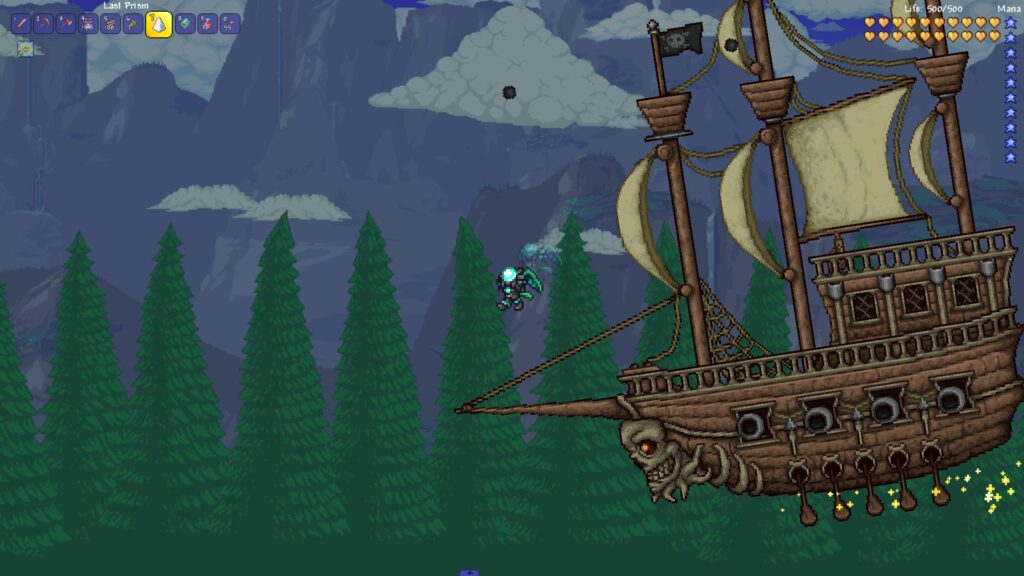 What the mini-boss Flying Dutchman can do

It can call a parrot that will try to divebomb the player and home in on them. It can also take a breather on a block to roost and give you a moment to recollect your thoughts. The pirate deckhand will again try to attack the player by running into them and their stronger counterpart, the pirate corsair.

The Pirate Crossbower will try to snipe the player with flaming arrows, which cause the on-fire debuff—accompanied by the pirate deadeye, who will shoot a fast hand cannon shot from their gun.

The pirate captain himself will also attempt to fight the player, and when killed, he will turn into a skeleton version called the pirate’s curse. This enemy is capable of moving through terrain and can easily blindside unsuspecting players.

Despite all these different enemies, you stand a far greater chance of defeating them with piercing weapons as they can hit everything in a straight line. The Daedalus Stormbow and holy arrows shine in this fight as their high damage output can shred through the cannons along with any pirates in the way quickly.

You can opt to switch to a melee weapon such as the death sickle to have a lingering hitbox with the projectile attack. You can also try to lure any would-be enemies to your side with spiky balls as they will again be moving along the sky-bridge with you.

You’ll need to take down the pirate army first before you can face the Flying Dutchman. To do this, make sure you have an arena with several rows and some summoning magic, and spiky balls littered around to provide additional damage. 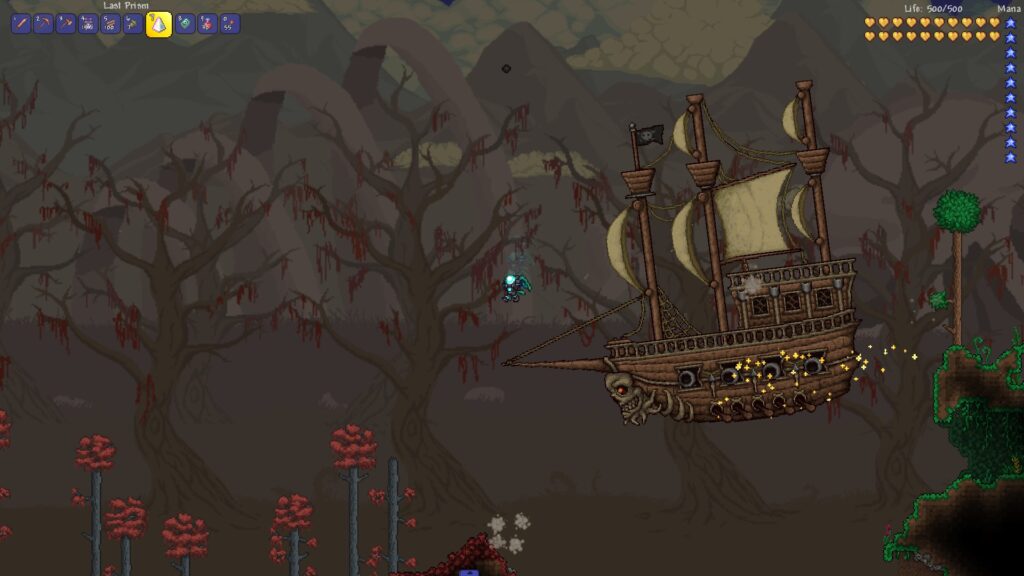 You can opt to melee any goons that are separated from the pack to conserve ammo. When the Flying Dutchman shows up, get your Stormbow ready and retreat to the sky-bridge. You’ll want to ensure that you’ll have enough room to run backward while aiming for the cannons.

You can opt to fly slightly above the ship to evade the cannonballs, along with completely ignoring the melee pirates as they can’t hit you from above. The ship has many dead zones where the player can hit it, but the ship can’t retaliate.

The boat first on where you are relative to the ship, so try to be mindful of them. Keep up the barrage, and the ship will go down. It is entirely possible to fight multiple Flying Dutchmen as the win criteria for this event are to kill 120 pirates so keep that in mind!

The pirates have been plundered

There’s a new pirate king in town, and it’s time to claim your booty! Be sure to check out our other boss guides to take down even more eldritch horrors!

If you really get stuck trying to take down the Flying Dutchman, there’s plenty of video guides out there to assist you.