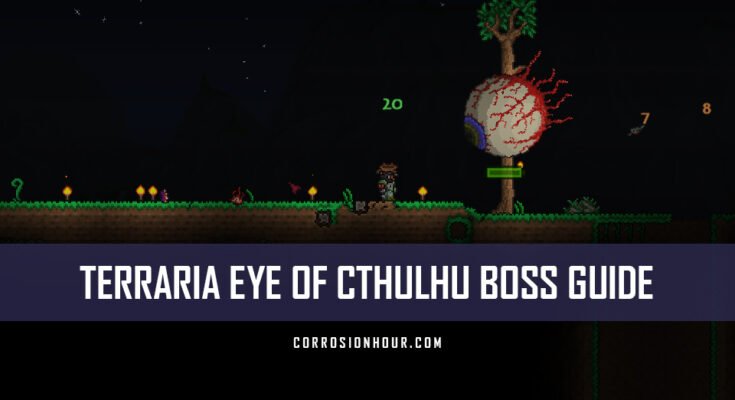 The eldritch beast has sought out vengeance but neglected to bring the rest of his body with him.

Prepare yourself for a battle to the death with this Eye of Cthulhu boss guide! 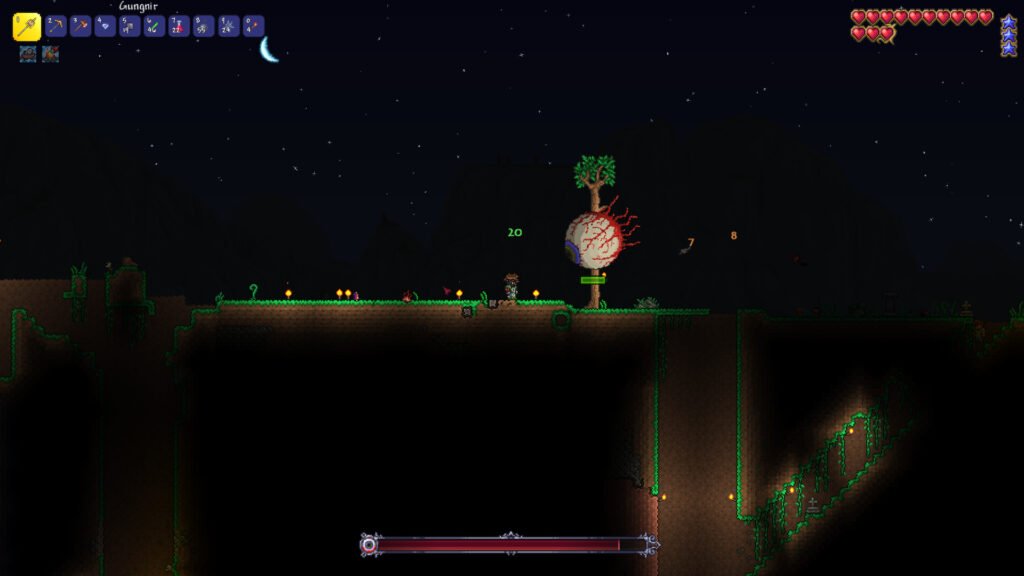 What the boss, Eye of Cthulhu can do

The Eye of Cthulhu does what any right flying eyeball does and tries to attack the player with contact damage viciously. The eye’s primary attack, along with summoning smaller eyes known as the Servants of Cthulhu.

Similar to the large eye, these will try to home in on the player. They have significantly less health and can drop health, so they can give you a pick me up if need be.

The eye will eventually stop spawning the servants when its health dips below half. Once this happens, it will grow a pair of fangs and lunge toward the player more fiercely. It’ll let out a roar before it charges in this phase, so make sure to listen for the audio cue!

While it’s a bit more intimidating, the eyes’ defense drops from 12 to 0, which means you’ll be able to knock it out even faster.

The boss gains more servants to help him in expert mode and a rapid charge in its second phase.

Melee can be somewhat dangerous in this fight unless you’re specifically aiming for the smaller eyes. The considerable eye speed can make it very difficult to get a hit without taking a hit.

Ranged weapons are the stars of this fight as something like a bow and arrow can make quick work of the boss while also keeping you at a safe distance.

Ranged single target magic, such as the fire of flower, can be significant given its constant presence on the field.

The Eye of Cthulhu strategy 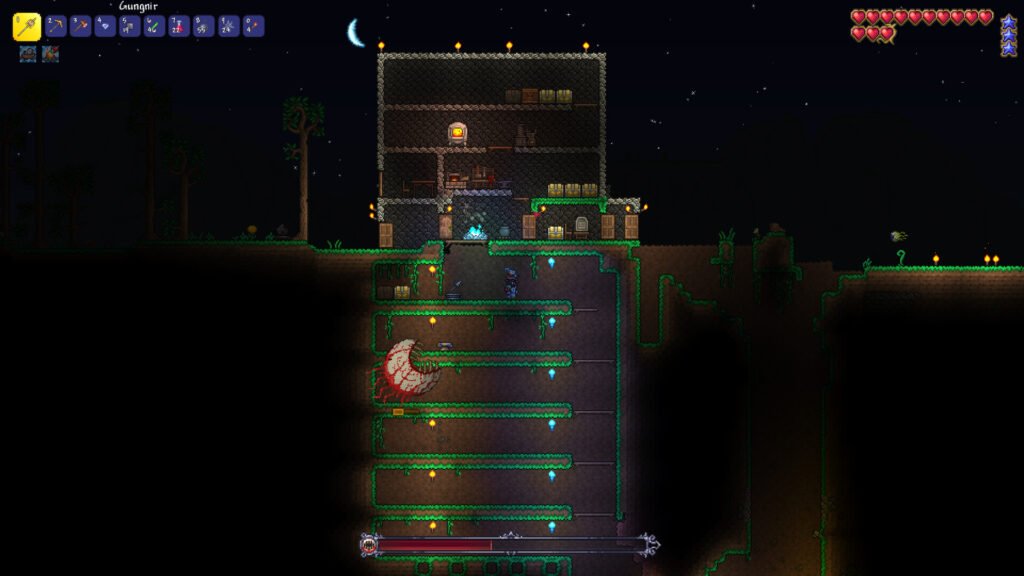 Before summoning the boss, the run-up to the arena you’ve made in the air. When the boss appears, equip your bow and head to one of the upper rows. The general rule of thumb is that you want to focus on dodging the eye as your priority, as it can be easy to take a lot of damage.

Your best chance to attack the eye is when it’s on the same level as you horizontally. If you’re on the very edge of the platform, you can lure the eye to the other side while taking shots.

When you run out of space, either drop down a row or go up a row while being mindful of the edge. If the smaller eyes come toward you, equip a melee weapon to slash them and switch back to your bow.

When you reach the second phase, you may want to change rows sooner than before, given its faster speed. Continue to do this, and the eye will perish.

This won’t be the last time we see Cthulhu, but that doesn’t mean we can’t celebrate! Be sure to check out our other boss guides to take down even more eldritch horrors!

If you really get stuck trying to take down the Eye of Cthulhu, there’s plenty of video guides out there to assist you.