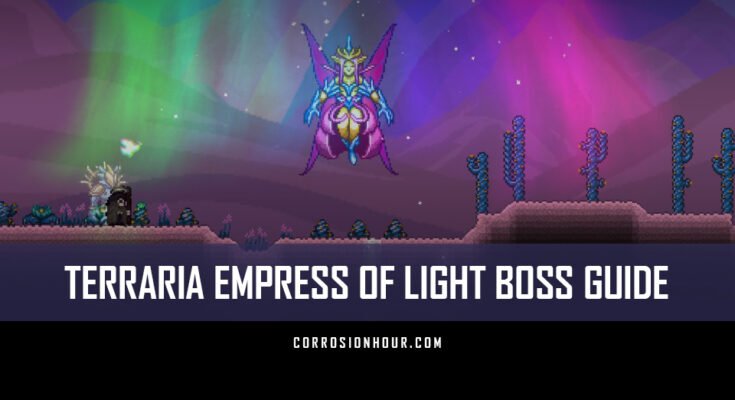 Don’t be fooled by her elegant demeanor, as the Empress of Light is incredibly dangerous.

We’ll show you how to take down this Terraria boss effectively. 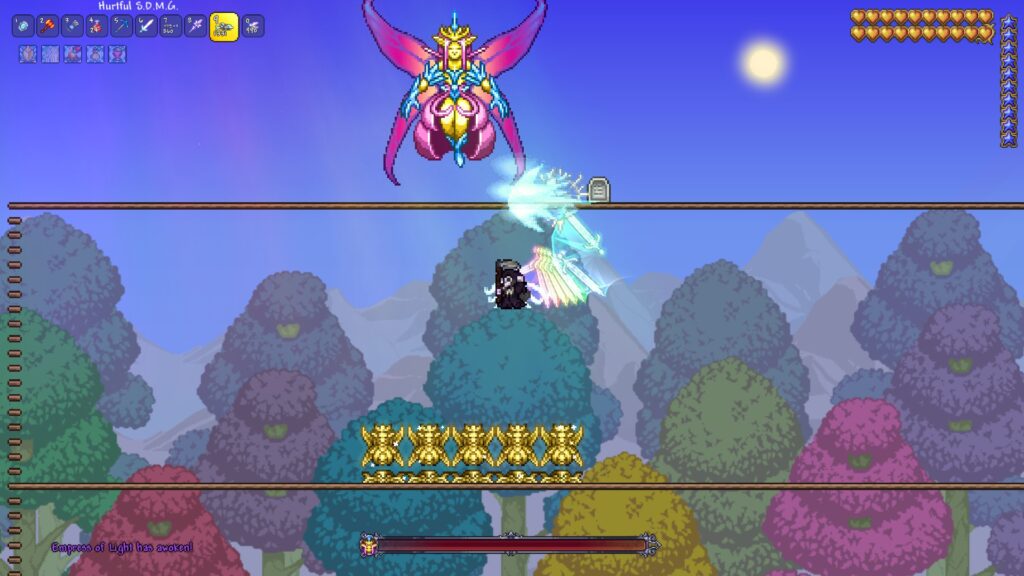 What the Empress of Light can do

The Empress has five primary attacks that she will alternate. She can shoot prismatic bolts at the player with somewhat decent tracking but can you dodge them with quick movements. She can dash into the player by moving to either side and then moving horizontally.

The Empress can use a move called “Sun Dance” and summon six beams of light in a clockwise direction. She also has an attack known as “Everlasting Rainbow,” which shoots out a ring of stars that will spiral out in a clockwise manner that will boomerang back and leave a damaging trail.

Her final attack, “Ethereal Lance,” has her throwing spectral swords near the player’s location and will spawn behind where the player was moving. The blades act MUCH differently in phase two. They’ll move left to right, then right to the left in their second wave, then top left to bottom right, and lastly, top right to bottom left. 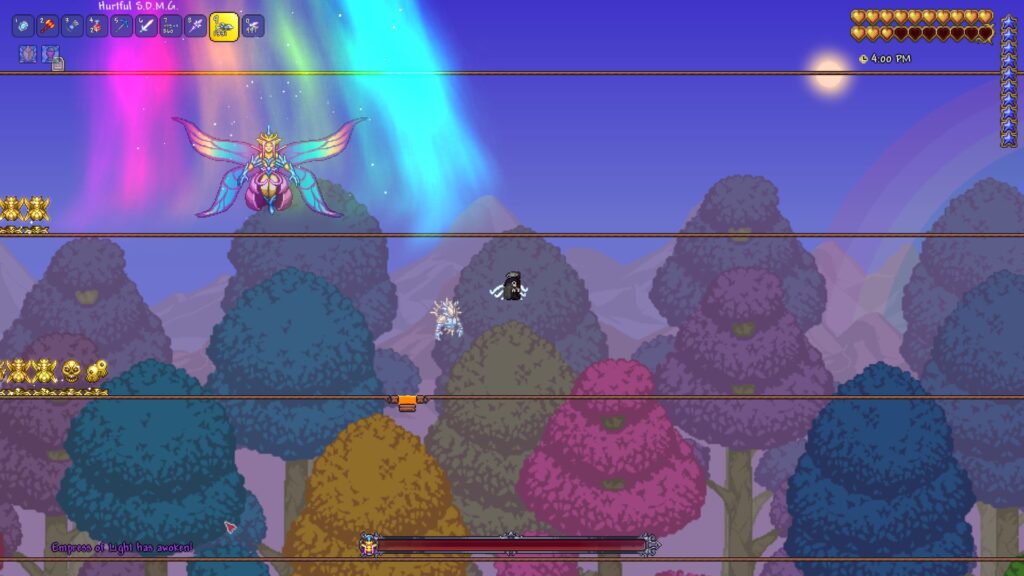 Empress of Light will make these attacks in this order for the first phase:

For phase two, she will attack in this order:

If a lot of this seems overwhelming, it’s because this boss does NOT mess around.

We mentioned the Influx Weaver is a good choice for melee as it has a helpful projectile to deal with the Empress while also having a decent arc. The Tsunami Bow and either some venom arrows or ichor arrows can substantially damage while incredibly accurate.

The Blizzard Staff is also great as it summons icy rain from above, which has a high chance of landing on the Empress.

The Empress of Light strategy

Whatever you do, do NOT fight her during the day unless you want to get one shot (or want to unlock the Terraprisma sword). The Empress is one of the few bosses where you don’t have to worry about random attacks, positioning the real winner. 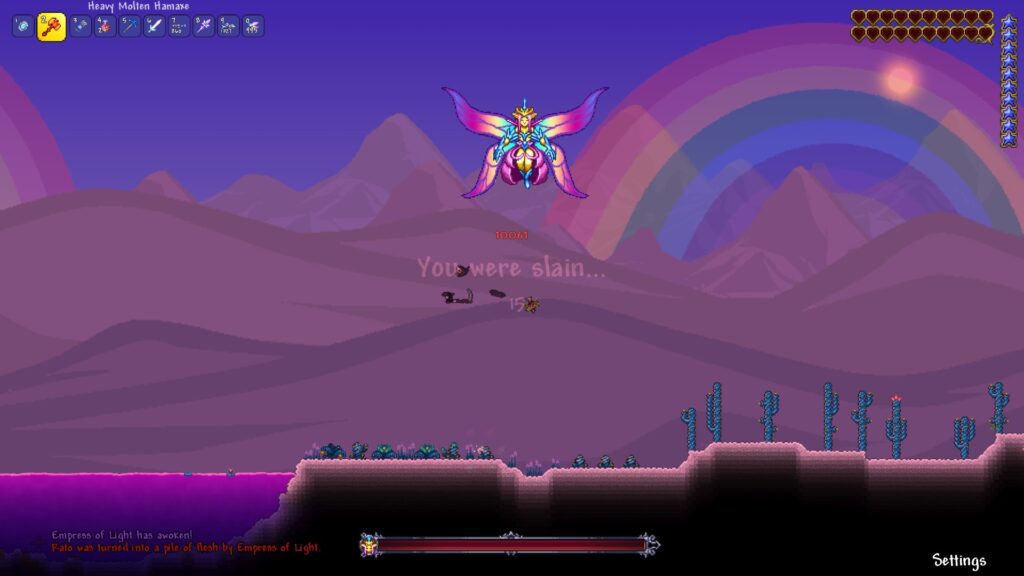 You’ll want to start by attacking her with a melee weapon or the Blizzard Staff while she is above for phase one. She isn’t fairly mobile during her bolts compared to her other moves. You’ll want to fly over her dash attack or drop down a row in your arena while using your ranged weapon.

For Sun Dance, you want to stay away from her and drop down, so you aren’t in her range. For Everlasting Rainbow, you’ll want to back up from the projectiles and spiral around back toward her while watching out for the damage trails. When the swords appear, move around in sweeping circular motions to avoid them.

You’ll want to do the same for phase two as before but faster as the Empress gets more aggressive. The most significant change is dealing with the new Ethereal Lance, where you’ll want to be in the air for the first two waves and then vertically while zig-zagging for the last two waves.

Bear in mind that your best chances to attack her are during her prismatic bolts, rainbow attack, and dash. Once you commit her patterns to memory, you’ll have a better understanding of when your openings are. Get in enough hits, and this flying freak will fall at your strength.

You’ve successfully taken down one of the most challenging bosses as of yet, but there’s still more to do! Be sure to check out the rest of our Terraria guides!

If you really get stuck trying to take down the Empress of Light, there’s plenty of video guides out there to assist you.