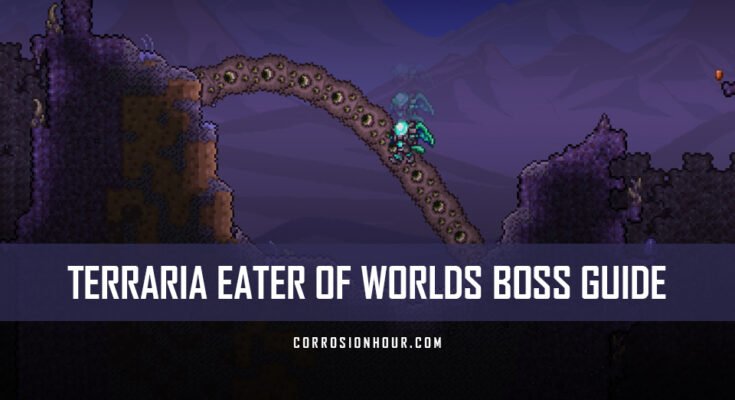 The Eater of Worlds is upon us, and only you can stop it!

Read on to find out how to take down this vile boss! 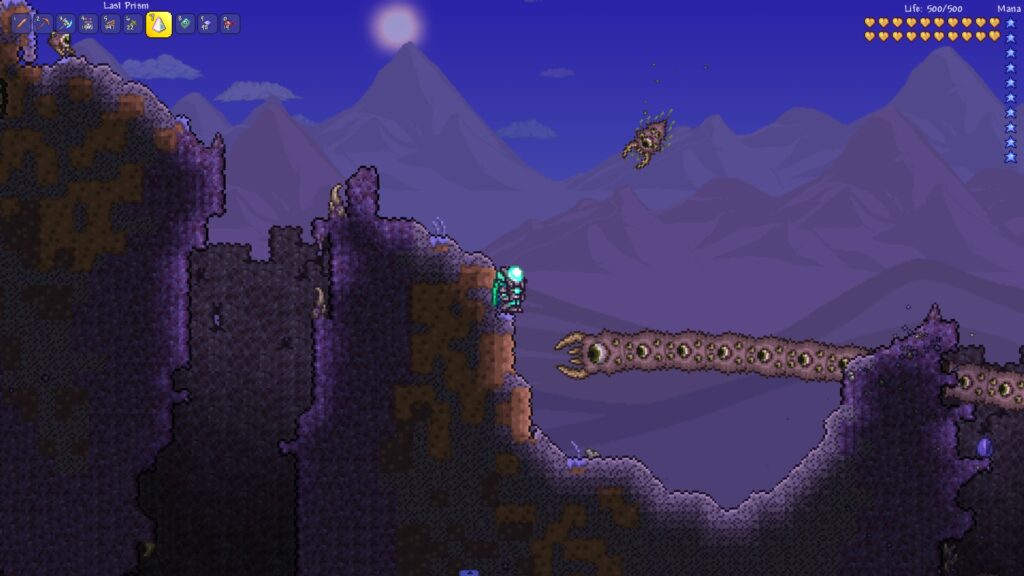 What the boss, Eater of Worlds can do

The Eater of Worlds has a total of two attacks. We kid you not. The first attack involves the beast running into the player with its different body parts.

Contact with the head does the most damage, followed by contact from the body and finally contacting the tail. Its fast movement speed, along with the sheer length, makes this creature a bit intimidating to dodge without a proper arena.

This boss can also use a move called “Vile Spit,” which shoots from the head segment. The vile spit has a small chance to cause a debuff, which lowers the following:

You can destroy the spit with an attack, given that it has one hp. The Eater of Worlds gains a 20% speed increase in expert mode, and the individual segments have 40% more health.

Melee attacks with a wide arc and large hitbox are preferable here due to how many segments the worm has. Ranged attacks can be a bit of a mixed bag, given the worm’s speed. If the ranged attack can pierce, however, it’s a good idea to use it.

Piercing magic such as the vilethorn and aqua scepter can shred the boss’s health. One of the best ways to take this boss down for good is the spiky balls, which damage the field.

The Eater of Worlds strategy

Before fighting, set up your arena with spiky balls on each of the three rows to help future proof some guaranteed damage. When the worm appears, retreat to the arena you made within this biome to not despawn the boss. 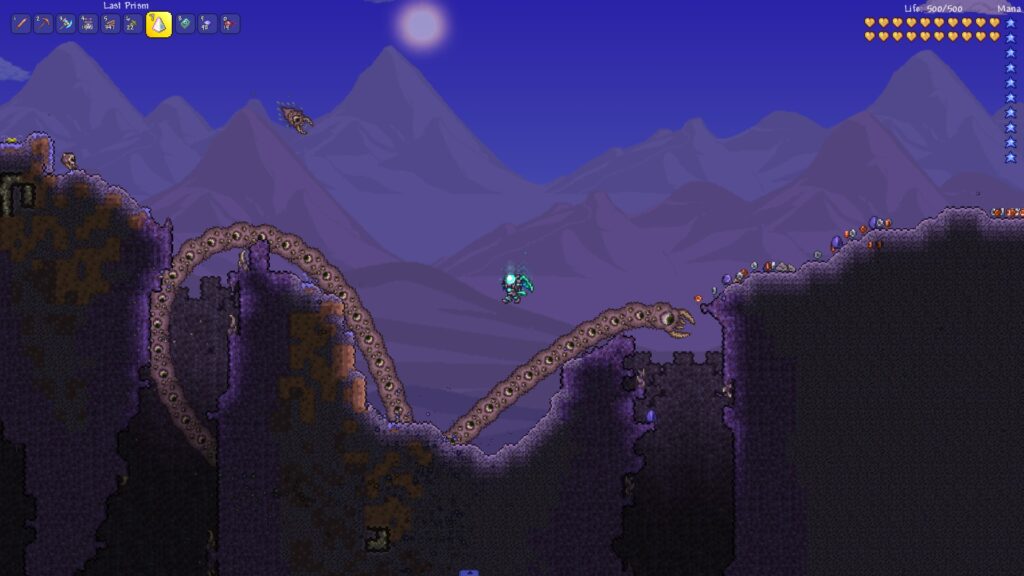 Stand on one of the lower rows of the platform and use your piercing weapons on the worm to knock out as many body parts as you can. If the vile spit is closing in, either opt to dodge it or by attacking it.

If the worm lunges at you, lure it toward different rows so the spiky balls can continue to do their thing. After drawing the worm-like a matador, the creature will fall, and you’ll have plenty of loot to gather around the field.

Now that you’ve protected your home turf from a giant worm, what’s next on the list? Be sure to check out our other boss guides to see what’s in store!

If you really get stuck trying to take down the Eater of Worlds, there’s plenty of video guides out there to assist you.