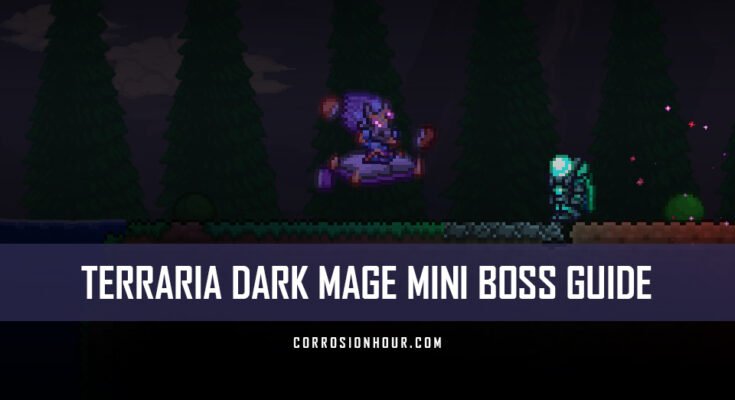 The dark mage is here with an assortment of tricks and magic at its disposal.

This Dark Mage mini-boss guide is here to help! 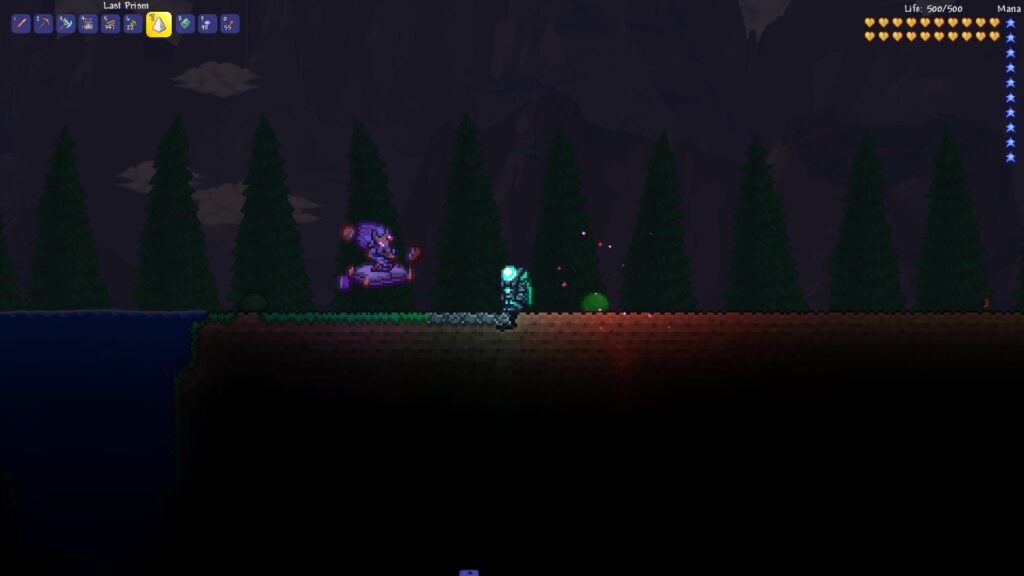 What the mini-boss, Dark Mage can do

Bear in mind that you’ll be fighting multiple dark mages for this. Each Dark Mage can shoot a bolt of dark energy, which they’ll throw straight at the player. They can also summon a rune that is capable of healing all allies that are not dark mages.

Lastly, the mage can chant a spell that will summon a dark emblem that will summon enemies called old one’s skeletons. These enemies will march forward steadily and can freely move upward without being affected by any tiles.

Since there are a large number of enemies you’ll have to take down, and you will want something fast and capable of piercing through the mages and their skeletons, a Demon Scythe is excellent for this as it does some severe damage with a wide arc.

The Queen Spider Staff acts as a sort of sentry that can protect the Eternia crystal (your primary objective for this fight) and deal with monsters while focusing on the mages.

This boss fight happens in waves, similar to a tower defense game with the dark mage being the first wave’s mini-boss. You’ll have to contend with different goblin types that make various attacks, such as melee goblins, who will approach slowly.

There are also bomb-throwing goblins that have a splash effect on their explosions. Javelin goblins will also throw their spears from afar to keep you in check. Lastly, you’ll have to deal with Eherian Wyverns, which will go above to try and attack the crystal.

Once you’ve taken down all of these fiends is when the dark mage will show up. You’ll need to take down a few to end the wave. When he starts throwing his projectile, opt to dodge out of the way either left or right while trying to slash at him or shooting toward him with a bow.

Make sure to knock out any enemies near him, as they will heal significantly when his rune is out. You’ll also want to defeat the skeletons he summons as soon as possible as they’ll march toward the crystal.

You can cast the spider staff behind you as insurance if you want to focus on the mage and ending the phase sooner.

Keep attacking and sticking to the mage, and you’ll finish the fiend off. If the wave doesn’t complete, you may need to take down another mage!

You’ve taken down the main threat for the first wave of this event, but there are still two more mini-bosses to get through! Be sure to check out our other boss guides to take down even more eldritch horrors!

If you really get stuck trying to take down the Dark Mage, there’s plenty of video guides out there to assist you.