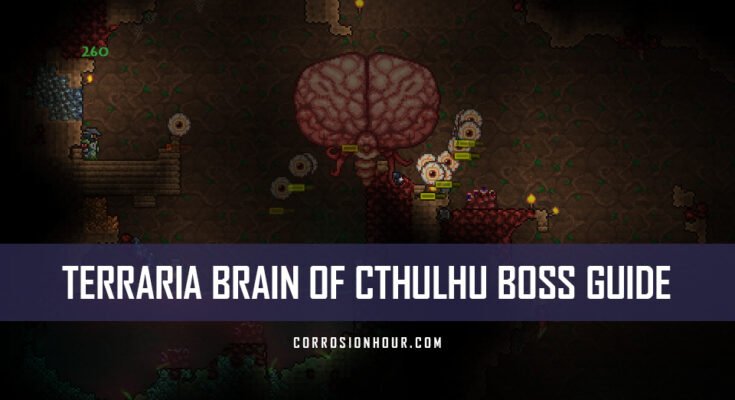 If you thought The Eye of Cthulhu was terrifying, wait until you see its brain!

Today we’ll show you how to take down this eldritch fiend once and for all! 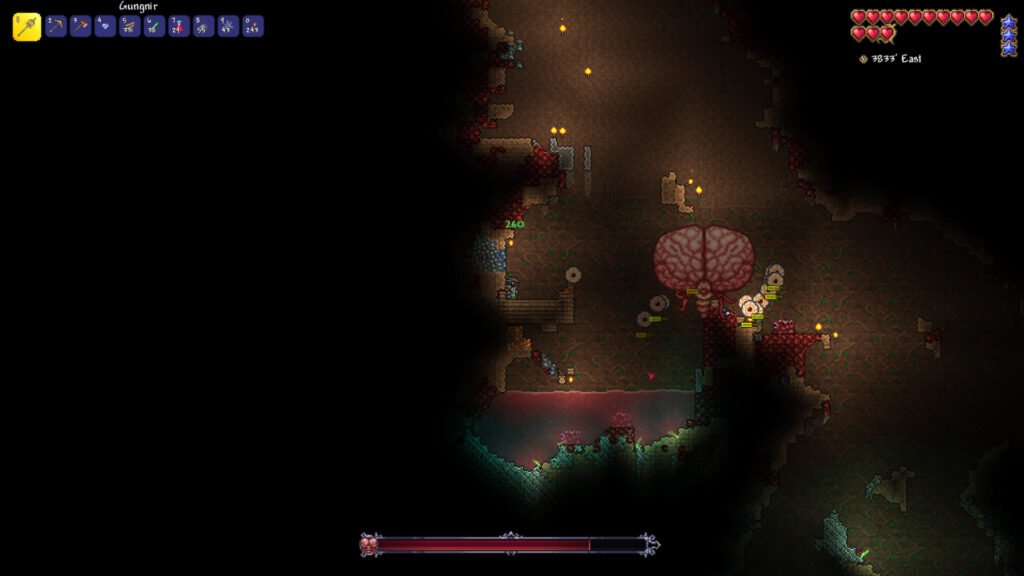 The Brain of Cthulhu pre-fight preparations

What the boss, Brain of Cthulhu can do

The Brain of Cthulhu itself is capable of summoning smaller entities known as creepers to attack and harass the player. While they don’t have much health, they can quickly swarm the player in their odd patterns. The player’s position relative to the brain is what determines the movement of the swarm.

You will need to bring something such as a grenade to take down the multitude of creepers. You can also pack other explosives or even spiky balls to lure the creepers into either above or below you.

While you can melee them on easier difficulties, this becomes significantly more dangerous on more challenging modes due to the debuff chance. Given that you’ll have a crimson biome, you can opt to craft a crimson rod and stay underneath its attack as it functions as area denial.

An aqua scepter can make short work of the creepers and hit multiple at the same time.

The Brain of Cthulhu strategy

You’ll want an arena with several rows for this battle. Litter the floor with spiky balls before starting the fight. As the fight begins, run toward the arena and wait for the brain to summon the creepers.

You cannot hurt the brain during this phase, so shift your focus on either meleeing the eyes or hitting them with a grenade. Once you’ve taken care of the eyes, the brain will become vulnerable.

Be wary of its teleport, and be sure to dodge it while luring it into the spiky balls. If the brain lunges at you, opt to either jump a row higher or fall a floor lower. If you have any powerful single-target attacks such as a fire of flower or a shotgun, now is your time to use them against the brain.

While it’s moving toward you, try to take aim and fire preemptively.

Keep whittling it down while getting in hits when you can, and you can eradicate this eldritch horror!

No brain, no pain

Now that you’ve successfully taken down one of the main threats of the crimson biome, you’ll be able to reap your rewards. The Terraria boss fights don’t end there though, be sure to check out the rest of our guides!

If you really get stuck trying to take down the Brain of Cthulhu, there’s plenty of video guides out there to assist you.