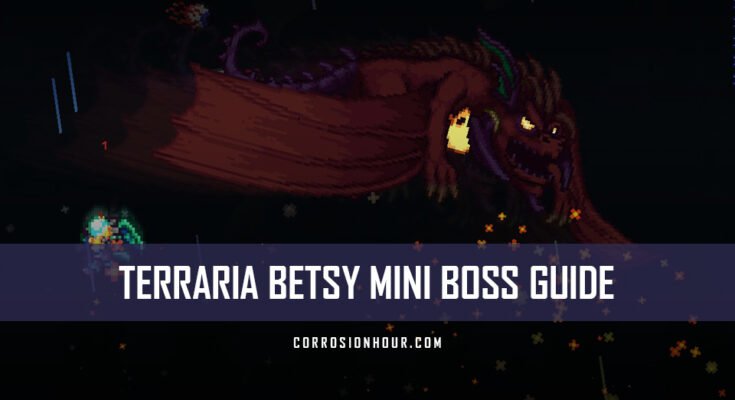 There’s a giant red fire breathing dragon, and her name is Betsy!

Here’s how to tackle this scaly freak. 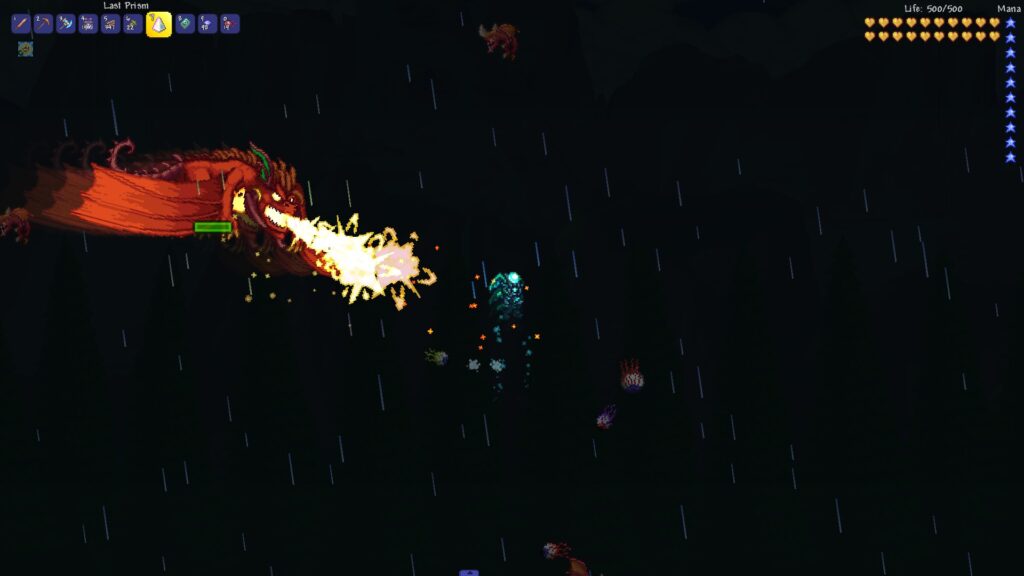 What the mini-boss, Betsy can do

Betsy has several attacks she can cycle through quickly, the most fleshed-out of all the mini-bosses within this event, each with their dangers. She can do a shuttle loop and lunge at the player several times in quick succession.

She can shoot a barrage of fireballs at the player as well. Thankfully these will not cause a burning effect, but they are still dangerous nonetheless! Betsy also has an attack where she’ll move to the edge and fly side to side breathing down the fire.

This move CAN cause a burning effect, which will steadily do damage over time. Betsy can also summon two Etherian Wyverns by roaring, which will aid her in combat.

Betsy has wings of her own, which means you’ll need a ranged weapon or a long-ranged melee weapon to deal with her. You can opt to use the Xenopopper to shoot her from afar as it can give you plenty of time to maneuver around her flame-based attacks.

You can also have Ballistas ready on the ground when she tries to swoop at you with her lunge. Wings will give you the mobility you need to fly over anything dangerous.

Before fighting Betsy, you’ll need to take down many waves of enemies, which will whittle down the health of the Eternia Crystal along with your health too. You’ll have to face all of the monsters from the prior waves, along with Dark Mages and Ogres.

We’ve written guides on how to take them down, so make sure to read those before doing this! As for Betsy, if there are ever any Etherian Wyverns by her side, prioritize those first as they can steadily chip away at both you and the crystal. 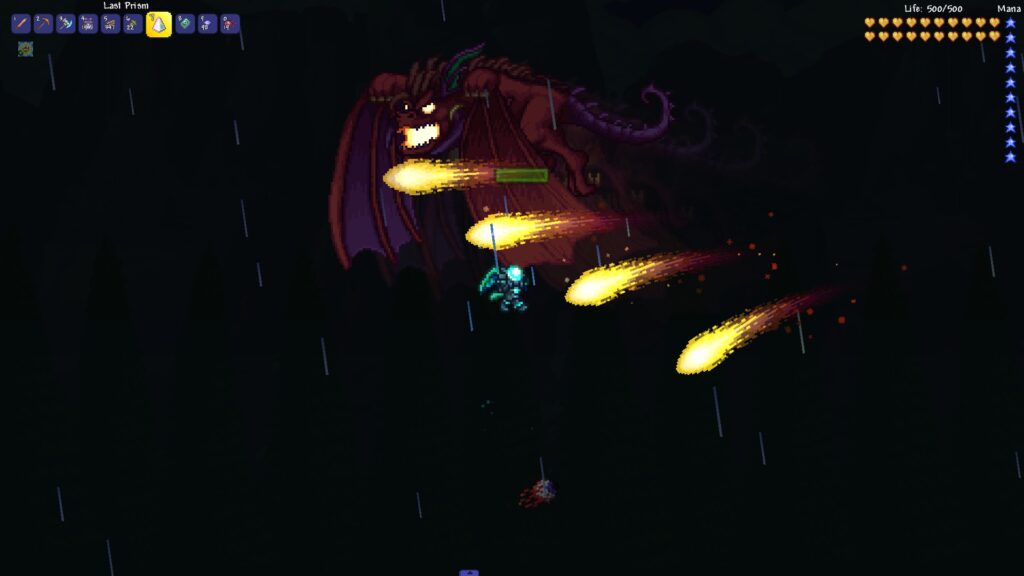 If you have the obsidian skin potion, you’ll want to drink it to help give you immunity to her fire debuff. It can prevent you from taking a large amount of damage over time. When she goes for her fire sweep attack, opt to fly over her not to get burned.

If she goes for her small fireball attack, you can try to strafe and tightly dodge them or fly up to avoid them. You’ll want to fire at her during each of these moves to try and maximize your damage. If she makes her shuttle loop, watch out as she is about to ram you.

Stick to her while shooting her with either chlorophyte or crystal bullets, and you will successfully finish the event.

At long last, the Dragon is slain

After several LONG waves of brawling, you’ve gained some new tools of the trade. Be sure to check out our other boss guides to take down even more eldritch horrors!

If you really get stuck trying to take down Betsy, there’s plenty of video guides out there to assist you.