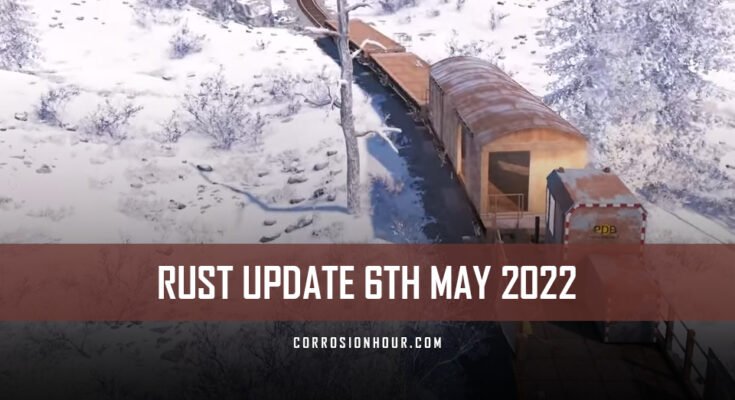 Happy monthly RUST update to all! This month’s update, the aptly named Above Ground Trains Update, happily delivered on the use of the track system from last month’s wipe for more than just a fun way to get your daily steps in. Players can now create lovely trains for transporting themselves, their crew, and their boats if they find the need.

Although a lot of work is yet to go, the team has released this early pass at the train system to give players something to try out. The fundamental physics that you’d expect a train to use are all in place–taking a long train up a hill may result in a stall if it is under-powered. Coupling on an additional work cart will boost the power and help pull. Players can use the work carts to shunt wagons along tracks and gently couple them with others.

Branch lines have been added in, as well. For the time being, these branch lines are where players will be able to find trains spawning. Additionally, the foliage along the rails has been optimized for better performance and more variety in their distribution.

Ziplines have received some love in this patch to fix issues with platforms generating without connections and to better route the lines around obstacles. Connections have also been added to the Stables, Lighthouse, Sewer Branch and Dome.

Who are you? What are you doing in my house? What’s new in the world of Rust in this month’s patch?.. Greetings, survivors and friends; Shadowfrax here, and I’ll attempt to answer as many of these questions as I can in the following video.

Thanks to the miracle of parenting, you can land and carry various other vehicles on them with varying levels of success. Minicopters seem to work alright. Scrap transports are a bit dodge, as the blades get tangled up in the scenery as you scoot along. Cars like to roll about. Horses are a definite neigh, but on the plus side, boats seem to work great! Because that’s going to be so useful.

It has to be said that even though above-ground trains are functional, this is not their final form, and despite looking pretty good as they are, these are only really placeholders and therefore SUBJECT TO CHANGE, with even more exciting train set assets in the works.

Currently, the tracks are a bit basic, too, just a loop with secondary lines here and there for wagons to spawn on. But this will no doubt also get fleshed out as time goes on.

Worth mentioning for server owners that all this content comes bundled with a couple of new convars: ‘trainskeeprunning,’ which is set to false as standard, but if you set it to true, then they won’t automatically stop when nobody is on board and ‘stop_all_trains’ – which does exactly that.

Ziplines are popular, it seems, but the procedural generation needed tweaking. Some platforms didn’t have any connections (sad face), and they just weren’t as useful as they could be; you should find that now they connect to things much better, go further in a lot of cases, and are hooked up to more monuments, and can even go uphill to some extent in certain places.

Some interesting new info has appeared in the commits regarding the clan system. It would appear that a special clan table is going to be needed to manage your clan and invite new members—a la workbenches, etc. So you’ll need to be within its radius. Not sure if this means a person you are inviting will also need to be within its radius?.. Time will have to tell with this one.

Many optimizations were brought in by the TEAM as of this month’s patch in order to give you fewer seconds per frame. Various performance drops were identified and fixed, including ones surrounding boom boxes, laser lights, hot air balloons, and sprinklers. So lots of highly-popular and well-used assets then.

A regression introduced last month that was generating a lot of garbage and stutters was also hotfixed, and as performance is the number one priority, you should expect more of the same to come.

Twitch drops are now on round 17. Woohoo. And finally, Hapis island is almost cooked, with the pastry approaching that crispy golden color. Hopefully, it will be going live again in next month’s patch on June 2nd! Such excitement 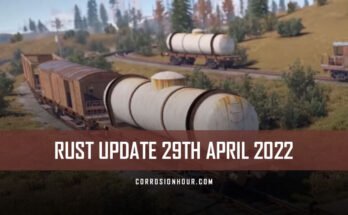