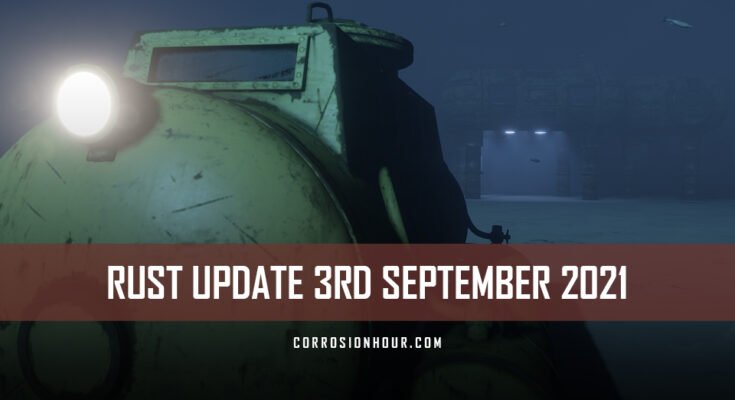 Happy monthly update to everyone! The September Update has officially landed, and we saw many adjustments to the underwater labs to improve balance and gameplay. If you thought that the labs were too OP, you weren’t alone. Player feedback over the August wipe led to several adjustments in this month’s update.

First up, the devs reduced the number of labs spawning from 6 to 3, which means more players will be piling into fewer labs on higher-pop servers. Since it can get uncomfortably cramped down there, the size of the smallest-possible lab was reworked to a new minimum of 25 segments. So, maps have fewer labs, but these labs are now bigger on average.

To address concerns that the loot in the underwater labs was too plentiful, red and blue keycard spawns have been removed from the loot table, and loot crates no longer spawn when players are nearby. Survivors will not be able to hang out under the sea all day and farm those delicious crates.

As mentioned in previous updates, the mini moonpool was patched in to give players more entry points into the underwater labs. And a new storefront is also available at the Fishing Villages to provide fishing equipment in one place.

The oxygen system has introduced a new UI to allow players to know how they are breathing at the moment and how much oxygen they have left. If you are using a diving tank, a tank icon will appear next to the oxygen counter, letting you know how much air time you have left. Likewise, the oxygen status counter will include a lung icon if you are just paddling along using your own two lungs. Careful coordination between your modes of oxygen use can help you extend your time below the surface.

Both the single and duo submarines received storage containers with 12 slots each. And sonar will only show active subs with their engines on, not subs that are parked. Submarines will also take more damage from bullets than they had previously.

Sadly, the surface torpedo has had a visit by the ban hammer and has been removed from the game. To reflect this change, the Direct Torpedo has been renamed to Torpedo. Players can still shoot at surface targets by surfacing the submarine and shooting straight at the target. This would be a good excuse to top off the oxygen in the sub!

In other news, Round 11 of RUST Twitch Drops started yesterday with the update. For this round, viewers will be able to tune into any drops-enabled RUST stream to earn towards all drops during the last 24 hours of the drops event. 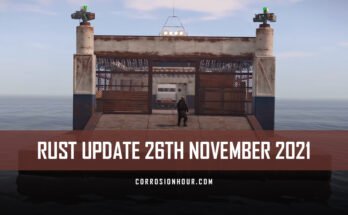 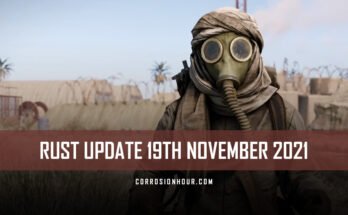 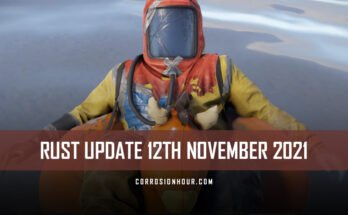