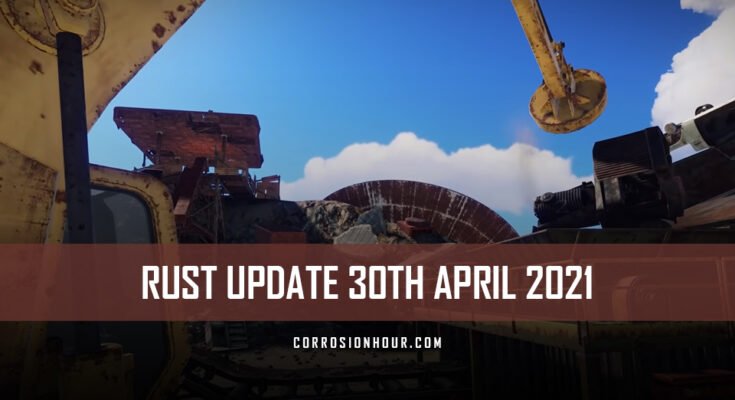 We’re only a week to go before the monthly update drops, and lots of exciting things are going on behind the scenes and on the staging branch. One of the most significant bullet points of this upcoming patch is the merging of the HDRP backport branch into staging. This means that things are on track for the new HDRP art going live with the merge to the release branch next week. Get ready for full-time pretty RUST!

Many changes and tweaks have taken place in the HDRP backport branch to adjust spawn rates and distributions of resources. Additionally, several monuments will see updates to various features, including recycler locations, CCTV locations, loot tables, and general cleanups to improve performance.

With the addition of functionality to the magnetic crane and shredder, a whole new avenue of scrap (and potentially other materials) farming is on the horizon. Finally, those rust-bucket cars that we see rotting on the side of the road have a purpose! As well as your neighbors’ cars, for that matter 🙂

Greetings survivors and friends, Shadowfrax here with your round-up from the ground up of everything new in Rust development. Where, first of all, in the last 24 hours, if you’re seeing this on Friday, the HDRP backport can now be experienced on the main staging branch. That means no more fiddling about with BETAS, which is, of course, in preparation for merging it into the release branch along with all the other changes in the next monthly patch on May 6th!

Apparently, internal testing has shown framerates are roughly on par with the release version. And, there will be a system memory saving of around 1GB (but likely more) compared to release.

So what’s new on the backport branch this week? As it is all SUBJECT TO CHANGE. Well, first of all, the junkyard is moving along with the magnet crane and shredder functionality drawing ever closer, and as of speaking these words, you can now hop into the crane and move the arm around with W, S, and the left and right mouse buttons.

You can also switch the magnet on and off with R, and this allows you to pick up both modular cars and some of these wrecks, which seem to be spawning around. Plus, as a bonus, you can enjoy a nice magnetic shower. Ooh, Fizzy!

Dropping a car into the shredder is very satisfying. Although the exact nature of the goodies we’ll be receiving for our recycling efforts are also SUBJECT TO CHANGE.. at the moment, a normal junk car is yielding 50 scrap. Mmmm, lovely, lovely scrap!

It’s also possible to drive the damn thing if you press and hold shift, which currently means being able to go anywhere with it, although that seems like way too much fun, so they’ll probably stop you doing that. Maybe. It would be cool to be able to steal people’s cars or drive up to a base and rip the front door off, though, am I right? My feet are getting a bit cold like this, though.

Meanwhile, over at the bandit camp on staging, you might notice a few changes, too, as an optimization and quality of life pass has been taking place. First up, the huts have had a makeover to conform visually to the new fishing village buildings, and there are a few little layout changes around that you’ll see, including that the wind turbine vanes no longer clip unnaturally into the nearby roof, thank goodness.

Some of the bandits have had their jobs stolen by machines with auto-turrets taking their places, which should lead to better performance here, and there’s been a cleanup operation to remove quite a lot of clutter and junk from the swamp, which again will mean less work for your potato.

Oh, and due to the increased popularity of the dredge, another recycler has been inserted here.

Over at the sphere tank (which is still in easy mode, by the way), the CCTV cameras are working again. Here’s the view from the top and the entrance.

And the TEAM is still tweaking many aspects of the world, including foliage, rocks, and LODs, to help it perform as well as it can on release. Also, cave spawns have been adjusted on procedural maps to reduce the number slightly but at the same time increase the variety of systems.

Talking of which, Hapis island is going away for a while. It will no longer be possible to use the map for an unspecified amount of time, starting with this next patch. This is due to it getting the full backport treatment, which, as it’s a non-procedural, will take a while longer, but we will eventually meet again.

There was a load more fixes to the poker game to pin down and smother any odd eventualities that might arise, such as phantom cards being left floating if, for some reason, you manage to die during a game. I guess it does happen.

And there have been a number of commits on a couple of branches related it seems to performance, firstly render scaling, which I believe involves rendering the game at a lower resolution and then scaling it up to fit your screen. And Gib pooling which seems to be getting applied to pretty much everything that breaks apart when destroyed and which hopefully should lead to a nice performance boost. More on these when I get it.

And with the console edition looming ever closer, the pre-order beta is now live for all who ordered the deluxe or ultimate editions, and there’s a new website from Double 11 where you can keep track of any changes or issues the TEAM there are working on. Link in the description.

Meanwhile, back on the actual game, in works in progress; the new AI behavior and animals are nearing completion.. and this should bring both more sensible actions from NPCs and hopefully better server-side performance. I know a lot of you are really looking forward to new fluffier and more realistic beanbags of death or bears as we call them, but there is more work here than just a reskin. The updated models also require new rigging and animations, some of which you can see a before and after comparison of here.

And lastly, for cinematic creators, I can show you a sneak peek of what’s been taking place on the demo shot branch. Jarryd at Facepunch has been hard at work on this for a long time, but it’s still all very much SUBJECT TO CHANGE, so please don’t take anything here as final, including the UI.

In a nutshell, you’ll be able to scrub a demo timeline, play/pause and skip to the beginning and end, create shots with custom names that will allow you to capture live debug cam motion, and then play them back and see their respective timecodes on the demo’s timeline.

As well as these planned features include an updated UI, being able to organize your shots into folders, trim them, overdub and modify keyframes and even render shots directly from the game.

All of this is hopefully on track to be added in June’s update, but make sure you’re subscribed to the channel, and I’ll try to keep you informed of any changes.

Right! I think that covers most of it; apologies if I’ve missed anything obvious as I have been running around like a headless horse this week. Tune in to my Twitch channel for regular streams. Follow me on Twitter, Facebook, Discord, and my Steeeeam group to stay up to date with my content, and please consider supporting the channel either via my Patreon page or by nabbing some of my merch over on Teespring. I shall catch you all very soon, but in the meantime, keep calm and stay Rusty. Cheerio! 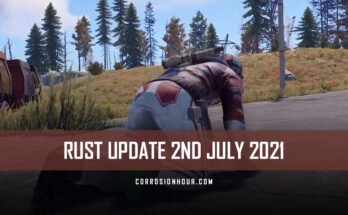