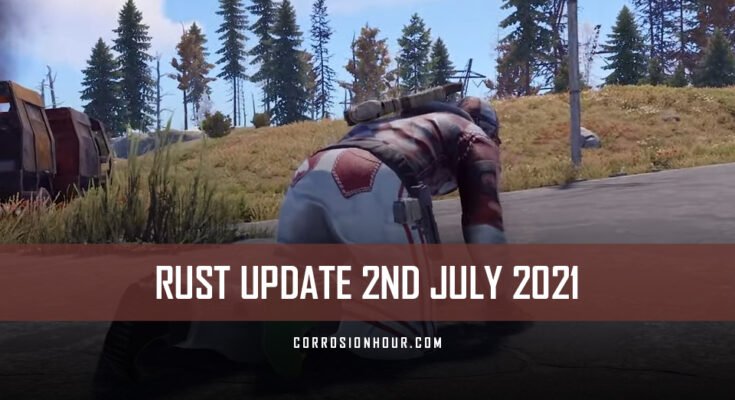 Happy monthly update to all! In this month’s update, the Wounding Update, we got a double-whammy of content with the release of the newest DLC, the Voiceprops DLC. This content pack contains various fun, voice-recording-and-playing items for players to explore the possibilities of psychological torture. Also, there’s a disco. Seven new achievements are now available to achieve with the addition of the DLC, 3 of which are hidden achievements.

The new crawling wounded state has gone live, which affords players the chance to avoid being incapacitated and allows them to crawl slowly toward safety and use doors. In either case, when your wounded timer expires, you have a chance to recover; a 20% chance when crawling and a 10% chance when incapacitated. In addition, you can receive a recovery chance bonus based on your calorie and hydration levels, up to 25% bonus at full stats, so keep a full belly! If the chance to recover check does fail, and you have a large medkit in your Hotbar, you will pop back up but not recover any health from the medkit; you simply get another shot at hobbling away.

Server owners can change the values for the crawling and incapacitated chance to recover, as well as the recovery bonus from food/water. Min and max health settings for when a player goes into a crawling state after death can also be changed.

The following wounded convars were added:

Greetings, survivors, and friends, Shadowfrax here with a roundup of July’s monthly patch to Rust for the PC master race version that is.

So this month, the Voiceprops DLC launched, and it seems to be flying up the charts, so expect to hear lots of amplified reeing and obligatory dancing over your incapacitated body in the days and weeks ahead until everyone gets sick of it and probably still thereafter. If you’re holding off because of the price, then stick around ‘cos I have a couple of keys to give away.

But first, if you’re not subscribed, do so now so I can keep you firmly up to date. A few addendums to the DLC that need to be mentioned now it’s released: Answerphones can contain 1, 2, or 3 messages at a time, depending on the cassette you use.

Disco floors can be crafted in two variants, normal and large print. The Max number of chained connected speakers was reduced to 15 from 30, and any that are too close to each other will no longer play audio. And I hate to say this, but Players can no longer enter custom URLs for internet radio stations.

Instead, you can only choose from a prepicked list, but there is some good news. Server owners can add custom ones for everyone to use if they want to, so it’s not completely gone. Now, before you start flinging your own poo at the screen, hear me out. Player-defined URLs were a feature on staging, as you know, but were removed for the final release.

It’s important to note that contrary to what some may think, the DLC was never advertised to have this feature, and it wasn’t released with it and then had it removed afterward; it was only ever a thing during testing on staging and was thus SUBJECT TO CHANGE. I know a few of you may still feel cheated by this as you were expecting it, and to be fair, nobody knew any different at the time, but do remember that point. Also, an explanation might help you get your head around the reasons why it’s no longer available.

To paraphrase Facepunch: The reason for the removal of the player-defined list was, upon review and as pointed out by multiple community members, that it would leak all IP addresses of players within range of the radio, which obviously opens the hatch to all sorts of shenanigans.

Whilst these things can be fixed, Facepunch would mean them having to mask everything, which breaks most radio stations’ ToS and means they’d be streaming music themselves which is a big no, and they’re definitely not going to do that; they’re not Spotify. In short – It’d be cool to have, but for your safety, it’ll never happen.

If you’ve bought it purely for this functionally, then please do the refund. TL;DR other people are the reason why we can’t have nice things. If you want to use a custom URL, then be nice to your server owner, or get your own server. Sorry.

And for server owners, the convar to add a station to the list is ‘BoomBox.ServerUrlList’ followed by the URL. Hold on.

Erm, just wondered if they fixed the champagne boomer description yet?

Nope, it still has orange ‘starbusrts.’

Oh good, after ‘an massive’ champagne-colored explosion, of course.

Onto the new wounding and recovery mechanics, and I went through this in detail last week. Not much has changed here apart from that you no longer hover above the ground. Ah well, it was fun while it lasted. Oh, and server owners can tweak a number of the associated variables through the console if they want, and you can find the details of these on the devblog this month.

Over at monuments–the new countryside bunker entrances are live. There were some fixes that went along with the work on these to shorten the length of stairwells and lift shafts down to the train tunnels, and apparently, there are plans to move other tunnel entrances into building basements or static monument tunnels and sewers in the near future. So, stay tuned.

A lot of new AI work was merged in with this month’s patch, including a fix for unresponsive AI at low server FPS. And you’ll notice now a couple of new faces–well suits–as, at the trainyard and airfield, you’ll now find some scientists hanging around the puzzles. And we all know how scientists love a good puzzle, don’t we? Like it or not, this will be expanded to all major monuments in the future as Cobalt extends its reach. Let me know what you think about this in the comments; why don’t you.

Further to the introduction of Nvidia reflex in May, Nvidia DLSS was added this month.. here’s a video with comparison, so now you can enjoy being raided in higher FPS if you have a compatible card. A few of you have been asking about FSR, AMD’s equivalent. I believe that could be something in the future from what I’ve heard, when the feature becomes available to use with Rust, of course. SUBJECT TO CHANGE. And let you know more if it happens.

A lot of the groundwork for DLSS involved a ton of work on Render scaling. Basically, the TEAM had to add support for rendering the game in an upscaled resolution and, in doing so, had to rewrite a lot of the post effects stack, which, as a bonus, should give some slight performance gains even if you are not using DLSS or anything like it. In other changes you should know about, the blur on NVGs was reduced. Birds will now randomly fly out of trees when you hit them; where they go, we don’t know. To cross a road somewhere, probably.

Rowboats should now be easier to flip. There were some tweaks and fixes to player name tags, as mentioned last week. There’s a new primitive loot box sound, incredible. The next round of Twitch drops kicks off on Monday 5th of July.

Also, Some new cubes were added for map makers, such as Black, white, and concrete. There are no visuals on underwater labs yet still. But recent commits mention kitchen and cabin crew furniture, so it’s guaranteed to be exciting stuff when it finally arrives in 2026.

Right, so I have 2 keys for the Voiceprops DLC to give away ‘cos I’m nice like that. If you’d like to try to win one, just follow the Gleam link in the description and pinned comment. I’ll pick a winner tomorrow, that’s Saturday 3rd, so keep an eye on your inbox and spam folder over the weekend as you’ll have to claim your prize within 48 hours, or I’ll give it to someone else.

All the best. Leave a like and let me know your thoughts on this month’s patch in the comments; follow me on Twitch, Twitter, Facebook, Discord, and my Steeeam group. Thank you to all who support me via Patreon, and I shall catch you all soon, but in the meantime, keep calm and stay Rusty, cheerio. 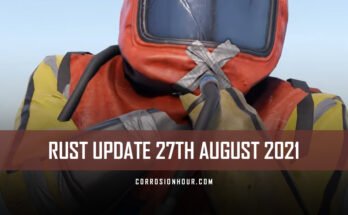