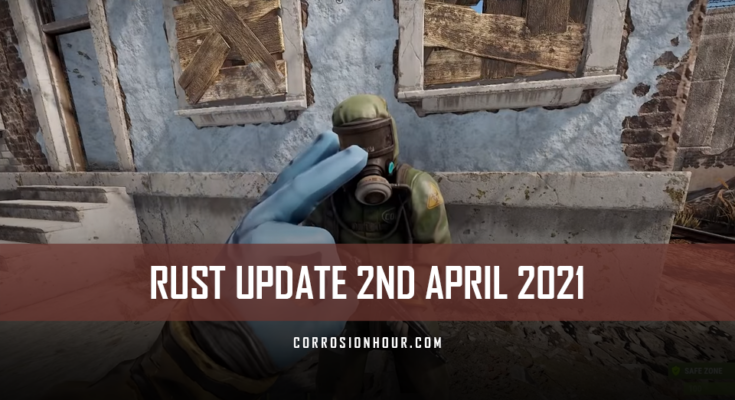 Happy monthly update to all! Officially dubbed the Gestures Update, the April 2021 patch brought us a lovely new system for expressing our gratitude as well as.. other feelings. Users can now express themselves via pressing and holding ‘B’ to bring up the new gestures pie-wheel.

In other news, the new card games branch has merged and made poker available to the masses. Players can join card tables of varying capacity to play Texas Hold ’em and lose varying amounts of hard-earned scrap. Speaking of scrap loss, the slot machines have had their payout scheme rebalanced to include higher chances of a payout and the ability to add multipliers to wagers.

Greetings survivors and friends, Shadowfrax here with a full round-up of this month’s content patch, which just got merged, known officially as the gestures update. I know, exciting! But first, I want to lead with a story I broke in yesterday’s vid which I’d encourage you to go and watch if you haven’t already.

In that vid, I showed all the major changes coming in the near future with the new HDRP backport branch, along with details of how you can take part in testing it very soon–yes, you! And I think most viewers have agreed so far that it looked perhaps a bit too good to be true as I did upload it on April 1st, but I assure you I don’t go in for that nonsense, and it was 100% genuine. I think if I was able to fake something that good-looking, I should be on Instagram instead.

Well, anyway, go and watch the video. And follow me on Twitch, where I’ll be streaming from the backport branch tonight at 7 pm UK time (that’s if you’re watching this on Friday 2nd).

So, first, a quick recap of this content patch. A proper gesture wheel was added so you can express yourself with your flesh forks, and you’ve got 10 to choose from by pressing B for body language? I dunno.

They should also be safe to use at any time as they won’t unequip what you’re holding and can be canceled at any point in the animation with a very small delay. These gestures replace all the old ones but can still be bound individually to keys if you need to.

This week’s patch also saw the card games branch merged in with tables of varying player capacity dotted around the bandit camp, and gameplay has been refined now to the point where most eventualities should be covered, but the management takes no responsibility for loss of scrap or dignity.

The slot machine payout scheme has been rebalanced. Although, the use of the word ‘scheme’ in this context is slightly disconcerting. There are fewer possible rewards, but at the same time, a greater chance of getting three of any symbol, apparently. There was also a multiplier option added so you can increase the stakes for higher potential rewards. I also like to live dangerously. Oh, and that nasty zed fighting on the floor is finally gone.

Lest you think that development has just been about new features without regard for performance, a large number of fixes and optimizations were also made this month:

On servers first, floating junk piles will no longer process buoyancy if nobody is in the vicinity, which should save quite a bit of overhead. Server load should be balanced better now when many turrets are scanning for targets. And there were a number of other tweaks to garbage collection and CPU overhead which you can read in more detail on the blog.

Unity was upgraded in this patch to 2019.4.22, a release mostly containing fixes, but some that were long overdue. And the MacOS version received some love with a fix finally for a crash that was occurring with graphics jobs, so these have now been re-enabled, which should greatly improve performance. Also re-enabled was incremental garbage collection, which should help reduce stalls, and the advice is to contact Facepunch if you notice any long ones now that you haven’t before.

The ViewModel jitterbug, which kind of went away but then reappeared, has finally been fixed again again, and if you need help sleeping, there’s an interesting explanation as to why it was happening in the first place on the devblog.

The seasonal event went live in this patch and will last for the next week, this includes the usual game and rewards, plus there are some new items on the store, including a work cart-themed rustige egg.

There were some quality of life fixes made, such as being able to disable blood in the options menu, a bug that was preventing projectiles fired at player joints from impacting being squashed, the hostile timer at the outpost being reduced from 30 minutes to 5, that’s quite huge actually. And wearing any item of heavy armor will now prevent you from riding horses, so no more ‘Ned Kelly.’

Oh, that was terrible.

Oh, hi grammar horse, didn’t realize it was you.

That’s alright, glad about the armor thing; unlike batteries, my back isn’t ‘rechargable’.

Not letting that one go, eh?

Oh no, hoping it’ll last at least another month.

In other changes, vehicles at Airwolf will now be repossessed after 5 minutes instead of 2. TEAM-members can now mount vehicles in the safe zone after purchase, revolver and SAP recoil were tightened, and the L96 is now skinnable.

Hapis also continues to be SUBJECT TO CHANGE and has received more love with this round seeing the red keycard shortage being tackled; you should now find them available in all corners of the island. Plus a couple of card tables at the outpost.

Oh yes, and another round of Twitch drops have started, with 9 available, and the console edition has a launch date now of May 21st with preorders open for both Xbox and PS4!

You are now officially up to date, so please sub to the channel if you’re not already; leave me a like and follow me on Twitch for streams. Join me on Twitter, Facebook, Discord, and my steeeeam group to stay in the loop with my content and support the channel on Patreon or via my merch store. I shall catch you all soon, but in the meantime, keep calm and stay rusty, cheerio. 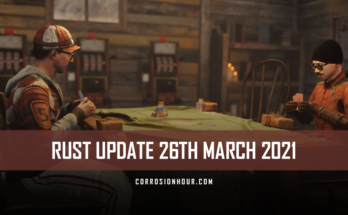