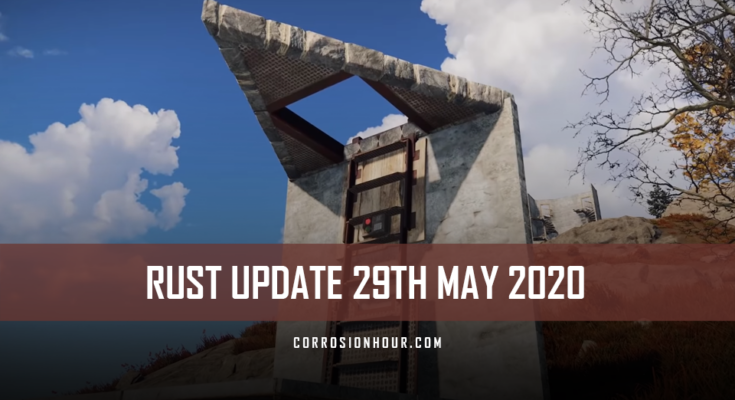 ShadowFrax brings us a whole mess of good news in his latest RUST Update. First, the RUST+ Companion app is now available to download on your favorite mobile device but do keep in mind that it is currently only available to integrate with the staging branch at this time. Main branch functionality will be available with the June 4th Update.

In other news; big changes are coming for the building block system including new blocks and texture upgrades and they can be tested right now over on the staging branch.

Greetings survivors and friends, Shadowfrax here with your latest slab of rust news, and first up further to last week’s expose, the Rust+ companion app is now free on iOS and Google Play stores, links below.

It only only works on Staging at the moment, but will function on all branches come the big patch on June 4th. You can do such amazing things with it as viewing server info, seeing the map and locations of TEAM mates, chatting with them, getting updates about the game and of course interacting remotely with your base by receiving notifications when smart alarms are triggered and sending commands to your linked smart switches.. Now there’s truly no escape.. Do be responsible..

The big news this week though is a rather large overhaul to building blocks, that has been in the works for some time.. And is currently live on the staging branch.

Firstly, spiral stairs are finally here, and they come in both triangle and square flavours, both are half height, and can stack. The best thing being that the landings actually line up with doorways.. Genius.. This is of course a big step towards making proper castles, all we need now are curved walls, crenellations, machicolations, drawbridges and portcullises..

Triangle staircases aren’t quite as space efficient as you’d think as they actually take up 2 triangles-worth of floor space as they ascend.. so they’re more of a ‘diamond’ staircase.. which sounds more glamorous, and which is OK because thanks to this update there’s now a super compact way of going up and down in a triangular space if you need it, introducing the one thing that everyone in their right mind has been foaming at the codelock for since records began.. The triangular ladder hatch!

It’s pretty much exactly what you’ve been dreaming of all these years and does exactly what you’d imagine.. Even better, you’ll only have to learn the one blueprint in order to craft both shapes!

But wait there’s more! With the distant roar of engines on the horizon, and the subsequent forthcoming introduction of vehicles to the main branch in JULY.. We’re going to need a reliable way to get them up off the ground and into the safety of our man sheds..

And this is where the new ramp blocks come in handy.. These have both a smoother surface and a much shallower incline than stairs to allow for all properties to now fully conform with accessibility laws..

However, this is also where we both gain and lose a block.. You see, on June the 4th you’ll have to say a fond farewell to foundation steps as you know them and perhaps a controversial hello to a new stairs block.. which is similar in concept but not as thicc.. Now as well as fumbling for your front door key when getting home late from the pub you’ll also have to take care not to fall off the step..

There are a few differences worth mentioning though, unlike the previous version the bottom step has to be at least on the ground or you can’t put one down.. They don’t attach to themselves at ground level either, although you can put them on top of foundations and floors now.. Being narrower I guess helps to reserve their use for pedestrians and horses only, but their placement restrictions also change the game as far as certain exploits are concerned, so sorry about that if you were enjoying those..

This update isn’t just about new blocks though, oh no! The opportunity was seized to update textures and conditional models for all tiers as well.. You’ll notice a big difference around corners, with wood and armoured tiers looking especially sexy.. and the inside surfaces of sheet metal no longer being sheet metal.. You’ll now be greeted by the cold hard reality of plywood staring you down and making you feel inferior.. Now all we need are conditional models for roofs so we don’t have to look at this nonsense, but that might have to be another story for another time…

There’s still a bit more tidying up to do and bug squashing but the building update should go live for everyone along with the companion app as mentioned on June 4th.

Cars now have horns.. And they sound different depending on the cockpit, they’re not exactly the beefiest sounding things, but they’ll do the job I guess. This is bound to the left mouse button whilst driving by the way..

There continues to be a ton of other tweaks and changes as far as vehicles are concerned.. you can now choose to destroy vehicle chassis on ramps once all modules have been removed of course, and cars will store a short memory of recent drivers to prevent certain exploits such as the one I found where you could run a player over at the compound with impunity by either bailing out or switching seats at the last moment.

Also, a new electrical component snuck in over the last week, a big red tempting button which when pressed provides a signal for about 5 seconds before switching off again.. In this sense it’s not much different to a timer switch.. But it looks a lot nicer.. and doesn’t require a gear to craft.

Right, this is the bit where you usually switch over to another video and miss me saying that I stream on Twitch three times a week, Mondays, Wednesdays and Fridays and the link is down below for you to follow me there, along with all the other places you can stay up to date with my content such as Twitter, Facebook, Discord and my Steeeeam group.

Please like me, subscribe me and Patreon me if you can, like these fine chaps on the right do and I shall catch you all soon but in the meantime, keep calm and stay rusty! Cheerio! 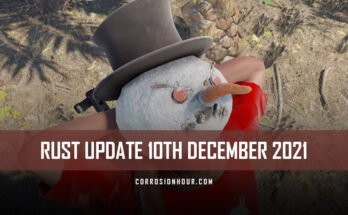