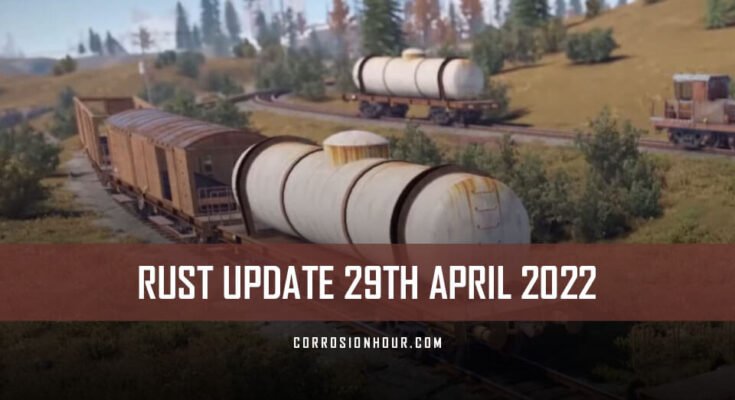 With under a week to go until the May 5th update, it’s starting to look a lot like trains! Using above-ground work carts, players will be able to shuttle train cars around to couple them together and form fairly long trains. The length of the train will affect its maximum speed and ability to climb hills at some point.

The above-ground version of the workcarts is the same as its subterranean cousins, except for the ability to couple train cars from either the front or the back. Players must be careful to approach the train cars at a medium workcart speed or slower in order to couple properly. If desired, train cars can be manually decoupled by interacting with the coupling joint.

More work is being done to produce junctions and sidings. More on that as information becomes available.

That’s all for this week; thanks very much for watching, and please leave me a comment below about what you think of this week’s news.

Join me on Twitch for streams, Twitter, Facebook, Discord, and my Steeeeam group for updates, and you can support me directly either with a Youtube membership, via Patreon, or my merch store.

“I wasn’t prepared for this; there are some trains now, some actual trains on the aux branch. Oh-oh, he’s back.”

“Yeah, sorry about that.”

So yes, there are now some proper trains on the aux branch. The AUX branch.

And there are four varieties which give various levels of cover, actually, five if you include the new above-ground workcart, which is basically a below ground one with a tan. Required for any kind of ‘locomotion’ you wish to do.

These are currently spawning all over the shop for testing purposes, I assume. I don’t think there’ll be quite this population at the final destination.

The work carts work like work carts usually work, with one important distinction. As long as you’re not going at Mach 4, then running into any of the wagons will cause them to be coupled to the back or front like a row of stickle bricks, and this process can continue on ad infinitum; it seems to produce some rather long vehicles. Although, the longer the train, the harder it will be to pull uphill, and eventually, it’ll be impossible.

You can uncouple them manually, though, at any point, which is handy if you have stowaways, I guess.

Another feature being tested now is junctions, so you’ll be able to choose different tracks and have two-way traffic. And I’m sure there’ll be sidings before too long.

I’ll keep you up to date on how this progresses, but that’s about it this week.

In other news, there’s nothing new in the clan system. Pretty much everything is as was explained last week, and it’s still a way off.

Weatherwise, 90% of days will be clear weather instead of “bad” weather. Not that there’s anything wrong with rain, I quite prefer it, to be honest.

Work continues by the team on optimizations like Hapis Island. And there was a fix for the junkyard keycard not respawning. Apart from that, that’s your lot.

See you in the next video. Go on, off you go.

Just rewind it and remind yourselves of all the stuff you need to do now that the video is finished.