We’ve got less than a week until September’s update, so it’s time to start looking at the new features and changes we expect we may see in the update. One of the features, of course, is the Hardcore game mode, which was merged recently into the main staging branch. It’s staging branch official now! The details of the hardcore mode’s features have remained mostly unchanged since last week’s update, so please refer to our previous update coverage for more information.

If you’d like the spark notes version of the hardcore game mode, we’ve listed the key points below.

Also merged into the staging branch is the furnace UI update. The topic of furnace UI changes has been floating around since mid-last month and has already seen multiple revisions.

The general goal of this update is to simplify the refinement process for both ores and cooking. Oven-type interfaces are organized into three main components: Fuel input, resource input, and output. The furnace will process one stack of fuel and one stack of input at a time, like a recycler.

Resources are processed in a queue from left to right, which means there will be no way to process multiple resource types simultaneously inside the same furnace, as we are accustomed to in vanilla game play.

And while the UI itself has changed quite a bit from the current vanilla gameplay, the production rates have remained roughly the same. The main difference is how you receive the end product. The UI will prevent players from adding items to the output slots, so furnaces and other ovens are not much of a storage option in this design.

Greetings, survivors and friends; Shadowfrax here with your weekly update on Rust development, and as we are dragged relentlessly towards the next patch on September the 1st, here’s hopefully what you should expect to see in it, innit?

And, of course, if you could tickle the relevant buttons at some point during this vid, then I’d really appreciate it.

First of all, as discussed last week, the “optional” stripped-back hardcore game mode that refuses to hold your hand in any way and will probably chop it off if you give it a chance.. will be arriving in September’s patch as an “option” for server owners to try.

One of the biggest changes is, of course, the removal of the in-game map, and as mentioned last week, steps are being taken to ensure nobody can get hold of it in any way, which means that now when hardcore is selected, the seed will be automagically encrypted.

Not much has changed as to the other details, so for a full breakdown of what is being taken out, please check last week’s video, linked on screen now. Perhaps just worth mentioning is that the MLRS is being completely removed now instead of just disabled, and I forgot to mention that the drone marketplace is also being deleted from this mode. The basic reason is that both require the map to use, and of course, that needs to be a distant memory.

Talking of the marketplace, of course, we are getting that new model for the normal game, and here it is. Slightly different position too. And it can be accessed from both sides with a total of 8 (count them) terminals.

Further to last week’s incredibly popular reveal of the latest iteration of the new furnace and cooking UI changes.. these are now confirmed to be part of the next patch, so time to uninstall now, I guess. But before you go, as it is all very much SUBJECT TO CHANGE, and will be even after it arrives, I’m sure. Since last week there have been some changes to capacities.

Over on staging, BBQs now have 3 inputs and 4 outputs, instead of 2 and 3, respectively. Small furnaces have 2 inputs and 3 outputs, again one extra of each compared to last week, and large furnaces continue the pattern with 5 inputs and 6 outputs, whereas before, it was 3 and 5.

The logic remains that they will all only use up one stack of fuel and one stack of ore etc., at a time in order from left to right, so there’s still no advantage to how you stack things. Although, you could still smelt a number of different materials in the same furnace if you treat the input section like a queue.

In other changes, light switches will soon pulse as well because they weren’t obvious enough? I guess, and in the next patch, you’ll likely hear a few differences in distant gunshots, which will be a bit more muffled, and nailguns which will be a bit quieter, I believe.

Over on the AUX01 branch, there’s now a clan table, which is a placeholder model so that it won’t look like this finally.. but this will, in fact, be the only way to access the clan UI.. plus there appears to be a radius around it.

Also, when this all comes in (eta still TBD), you’ll be able to use your clan logo as a stamp when painting signs; whoa.

Over to other works in progress, and the TEAM is still hard at work on pets.. trying to get minicopters to play nicely with flatbed wagons.. not as easy as it might seem. The next new monument is still being worked on, which, as mentioned before, is a nuclear missile silo. There’s a ferry dock for the server transfer nexus stuff that will apparently be a separate thing and not attached to any of the harbors.

There are some more efforts to improve performance, with static groups – basically a way of displaying monuments in the distance in a simpler form, so they don’t require as many resources and async loading, which was a loading optimization previously disabled due to crashes it caused, but that is still being explored to see if it can be brought back in.

And lastly! One of the oldest models in the game, the campfire, as you can see on the thumbnail, is getting an updated look with even woodier wood and stonier stones. What a time to be alive.

And that’s it, for this week at least, but stay tuned for more, and let me know what you think of everything you have to look forward to in the comments down below. 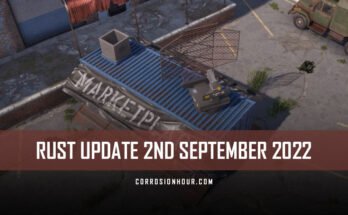 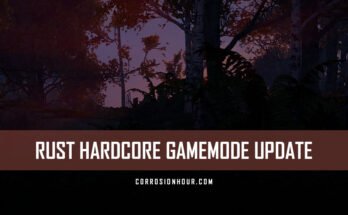