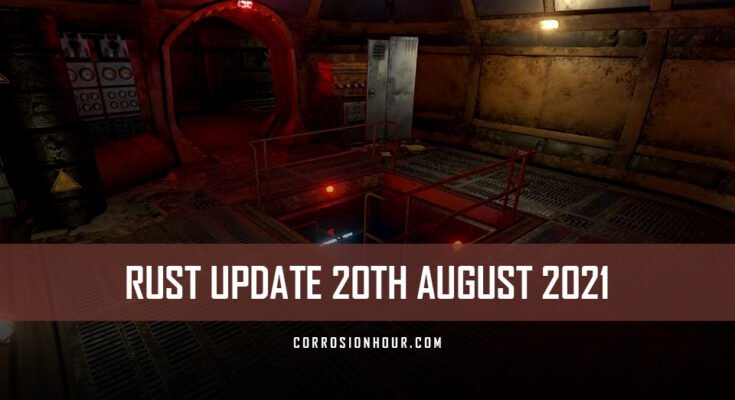 It’s no shock that after two weeks of underwater mayhem, we see an array of changes logged in the commits surrounding submarines, underwater labs, and torpedo behavior. To start, we will see fewer labs added to the map. Perhaps it’s due to this new constraint that the devs made additional adjustments to the lab procgen to attempt another configuration should a lab seed produce less than 25 segments–which might result in a lab unworthy of your visit. Additionally, the devs have made adjustments to reduce the number of blue keycard puzzles generated during a lab procgen.

But! A new mini moonpool segment has been added to provide alternate entrances for those who like to do things differently. You can’t dock a sub here, so you’ll have to fin-it. Swim-it?

Submarines will soon become a suffocating experience for submariners without a diving tank. Spending too much time underwater will cause oxygen levels inside the sub to drop, requiring players to surface the submarine to refill the hull’s oxygen or wear a diving tank to provide the oxygen needed. The drowning status indicator in the UI will be updated to reflect your current oxygen levels with a “Low Oxygen” counter. High numbers are bad, low numbers good.

In other news, torpedos are getting a work over to reduce their devastation with surface attacks. Accuracy will drop with distance, and surface aiming will result in a larger aimcone. Couple these torpedo updates with oxygen depletion inside submarines, and you’ll have to come up for air, eventually!

Greetings, survivors and friends, Shadowfrax here with your weekly supply drop of Rust development news, where I have all the latest changes and works in progress, plus a giveaway for some Rust servers. Ooh.

The ring-a-ding-ding club is looking for members. So shuffle over to that sub button and give it a little nudge; why don’t you.

Over on staging, let the nerfing begin! Starting with underwater labs, and after the next patch, you should expect to see less of them, probably only about 3 on a default map now SUBJECT TO CHANGE. However, there should also be fewer small ones. In addition, there were some adjustments to prevent excessive blue puzzle modules from being generated.

As you can see from the thumbnail, though, the main change coming is a new secondary moonpool, which appears to be for fin-traffic only. Unless you can somehow wedge a sub in there, you’re welcome to try.

These will still be lit from outside, but I guess it will add a bit more of a tradesman’s entrance for stealthy lab penetration.

Submarines are not immune to the nerf either this month. Torpedoes have a larger aimcone when firing at the surface with less accuracy over distance, and there will be a small visual puff of mist produced at the sub when firing to indicate better where the shot came from.

In the commits, you’ll also notice a new ‘submarineoxygen’ branch, which seems to show that you won’t be able to actually live in a yellow submarine indefinitely without either surfacing at some point to clear the air or having a diving tank on you. And the ‘drowning’ status is being renamed to ‘low oxygen’ to accommodate this change.

Let me know what you think of these nerfs in the comments. Are they a breath of fresh air or as welcome as a fart in a submarine?

There were some fixes and updates to items, deployed cassette recorders will now decay, stacks of items placed inside lockers won’t drop inside and become irretrievable, and there were three new world models for raw and cooked fish and chocolate. Mmm, fishy choc. Work has also started on support for variable world models based on stack size, and I’ll show you more on that when I get it.

In works in progress now; something else I’m waiting for visuals on is the new Camper module, which I spoke about last week, although I believe it’s mostly there now, so hopefully, it’ll be available to test soon.

Hapis refresh work continues. It’s a big job, though, and probably won’t be with us for at least another month or so.

Work on Missions has started up again. If you remember, this was something we first saw mentioned about a year ago and seems to involve being given stuff to do by NPCs, talking of which I don’t think it’s pure coincidence that work has started on another new branch called phone-extensions which seems to indicate that you’ll be able to have long-distance phone calls with NPCs and that they will actually be able to call you.

Thanks, I’ve got a mission for you.

Well, the Garry’s mod tool gun says you can pick up deployed objects while the hammer is equipped, but that’s a gun, not a hammer.

Hmm. I think anything can be a hammer if you hold it the right way round, though.

That’s true; I think you’ve nailed it there.

Anyway, the biggest work in progress from the TEAM is, of course, the new desert monument I spoke about last week. This will be some kind of military camp, which according to recent commits, will have camo netting, a helipad, Hesco barriers, plywood walls, a military hangar, countryside checkpoints, and an m270; in some form.

Now, as I say, I don’t have visuals for this yet, but I did go to the trouble of mocking up something that I think should reflect what it’ll look like.

We’ll revisit this later in the month and see how accurate it is.

Right so, my friends over at Iceline hosting are giving away 3 Rust game hosting servers, free for one month, with 100 slots each. If you want to enter and try to win one, the link will be down below, and even if you don’t win, you can still get 60% off your first month’s hosting with them using code ‘shadowfrax.’

The giveaway will be open until this Sunday, 22nd August, after which I’ll send emails to the winners. So please keep checking your inboxes and spam folders as you’ll need to claim within 48 hours of the email being sent, or I’ll give it to someone else.

You can support me now directly on YouTube with channel memberships, or via Patreon, or even just nab yourself a SUBJECT TO CHANGE mug or shirt. Up to you. Links below, also to my social media, where you can stay up to date with my content and Twitch, of course. I shall catch you all soon, but in the meantime, keep calm and stay Rusty. Cheerio.