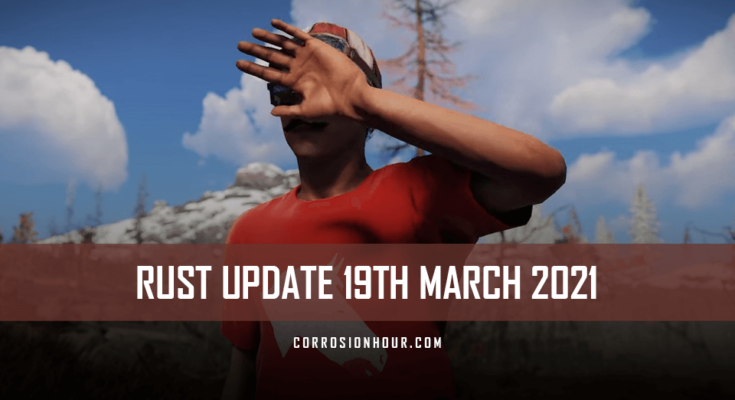 As we sit comfortably in the mid-month lull, there’s time to ponder what exciting new features may be making their way into the next update. Nothing is strikingly obvious yet, but the quantity of commits for the cardgame and gestures branches indicates that there’s a possibility that we may be seeing these features in a few weeks. Being that next month is also April, we know that a sneaky mid-month forced update should bring around this year’s Happy Easter event. What surprises may be hopping in to the event this year is still unknown, but hopefully we get some glimpses soon!

Greetings, survivors and friends, Shadowfrax here with your weekly drone delivery of Rust news where we’re at that odd time of the month when things are twitching behind the development curtain, but we can’t quite make out what they are. I’ll try my best, though, as always, and if you wouldn’t mind subbing to the channel while you’re here, that’d be smashing; thank you.

So, currently, it’s difficult to know exactly what will be included in April’s big patch, but according to the commits, the focus seems to be on gestures and card games for a start.

Sadly I don’t have anything to show for either of these yet, but what I can tell you is that it seems it’ll be possible to have at least 3 players in a game, but maybe more, there are three chairs at each of the static tables as they are, but that could, of course, be SUBJECT TO CHANGE. And as mentioned last week, although the TEAM are keeping their cards close to their chests, I believe the game is going to be Texas Hold’em, but hopefully, we’ll know for definite soon.

The gesture menu seems to be quite far along too, it hasn’t made it to staging yet, but there’ll be a keybind for some kind of gesture pie menu probably.

And there are two submarines pretty much finished now, too, by the looks of it, at least the models are. The big yellow one is a two-seater, and the smaller unpainted one appears to be a solo vehicle. No word on when they’ll be surfacing yet, but there must be more to this, right? I mean, it’s not like there are any underwater monuments to visit yet.

You know what, I really miss slient.

I know, but hey, rowboats are rather slient again at the moment.

Thanks, to be fair, it’s more of a feature now, really. But it does appear to be fixed on staging, so enjoy it whilst it lasts, again.

In other stuff that’s being worked on right now, there’s a branch called ‘Effects_2021’ which I believe is an effort to backport a load of effects such as impacts and explosions from the HDRP branch to improve visuals and ‘hopefully’ performance as well.

There are also a few attempts to improve performance in other areas, with a whole branch dedicated to random optimizations and some work to junkpile buoyancy so that it only runs when players are nearby. Kind of an ‘if a junkpile spawns in the ocean and nobody is around’ kind of thing.

There’s still a lot being done to improve the AI of animals and NPCs, and talking of which there’s a new branch being worked on by Helk called treebird.. no not treebeard.. with mentions of a bird emitter.. and I’ll bring you some more info on this when it becomes clearer.

Right, very short and sweet today. But you know me, I don’t beat around the bush. Let me know your thoughts in the comments, leave a like, follow me on Twitch, Twitter, Facebook, Discord, and my steeeeam group to stay up to date with my content and I shall catch you all soon, but in the meantime, keep calm and stay Rusty. Cheerio. 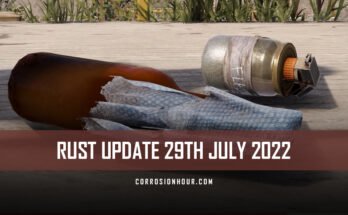 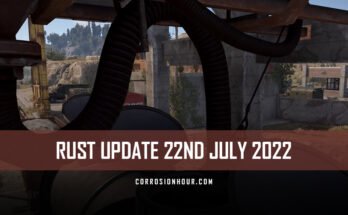