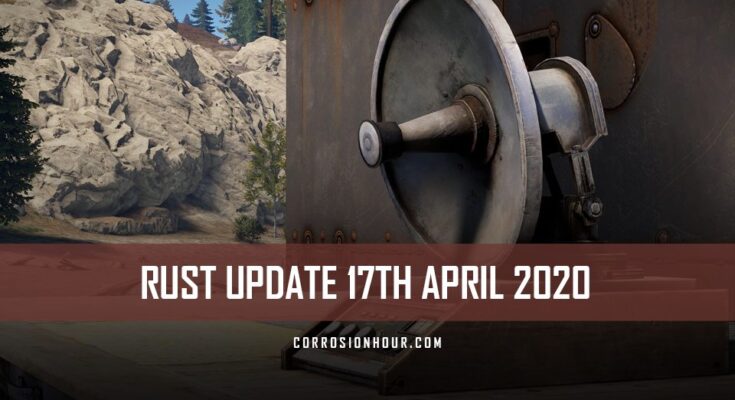 In this RUST update video, Shadow Frax rounds up many of the various activities you can now enjoy in RUST, while also updating us on the latest changes on staging. While there are a handful of updates to cover, the most exciting of them lend to the rumors surrounding a RUST companion application. With the introduction of two new electrical items on the staging, we can see this application must be in the works. Below, you’ll find the highlights of this update. Be sure to watch the full video to get the details.

Well, well, well… how are you enjoying farming simulator 2020? I bet you never thought it could be this much fun, did you?

Well, you’re only human. I mean, just think of all the things you can do in the game now as well. There’s a full electrical system, CCTV, and you can do arts, play in a band with midi devices, ride horses, re-create the grand national, go boating, fly helicopters, make custom maps and stupid games, do cinematic stories, or you could just set up a business that sells frogboots.

And to think, there are people out there who still try to play it as a survival game. Well, whatever floats your boat, I suppose.

Greetings survivors and friends, Shadow Frax here with a development update for you once more, and this week over on the staging branch, sprinklers will be more efficient now. Not just at growing plants, but also putting out stray fireballs and bean cans.

Plus, grow and yield genes are more effective. There’ll also be a change to the plant UI, to rename water saturation to just water to avoid confusing your poor little brains.

For those of you who hate the vegetables, though, you’ll be glad to know that corn and potato plants can now finally be destroyed by melee attacks. And a couple of new items of farming equipment are in the works, namely a powered water purifier, plus another pump, this time to slurp up the wet stuff from water sources. And combined, these should make farming by the sea a much more pleasant experience. Oh, and water jugs will now hold 500ml instead of 400 to be in line with the water purifier.

There were a couple of client hotfixes this week that you may have noticed. These fixed a couple of exploits along with tweaks to teleport commands for admins. Some deployable adjustments are being made with chairs, solar panels, and sprinklers now decaying when placed outside of building privilege, plus water barrels and large furnaces.

You may know already that there’s a new commits page to track development, but if not here it is, and it’s possible to filter them by staff member and branch. I’ll leave a link to it in the description down below, of course.

Just a few things of note that are being worked on. It looks like not all of the bandits in the swamp will have two arms soon, as the slot machine seems to be getting worked on again. Hopefully, we’ll have a few other minigames to enjoy one day too.

A branch called Posetools2 has emerged, and it seems this is a surprise surprise, something to do with new player poses, although the exact scope and purpose of this are unknown right now.

Also, one called voice props has been floating around and looks like it involves playing audio from cassettes. Does this relate with player made recordings or something to do with the lore? Not sure right now, but I’ll try and find out more details for you soon.

Lastly, a pair of new electrical devices have materialized on the staging branch it seems and are well, nearly functional. Introducing the smart switch and the smart alarm. But what’s so smart about these, you ask?

Well, this you can find out by holding E button while looking at them because both come with the option to pair with the companion app, which doesn’t exist right now, but probably will soon by the looks of things.

Also, the smart alarm allows you to set a custom notification message when triggered, and I presume you could have several, depending on whether you want to be alerted to potential vegetable thieves or just general raiding shenanigans.

The smart switch will presumably let you control your defenses and other devices from outside the game even when you’re out and about if you can remember what outside is anymore.

Well, that’s all the concrete news I have for you today, but let me know what you think in the comments down below and remember you can join me on twitch three times a week and stay up to date with me on Twitter, Facebook, Discord and my Steam group. Links below, but I shall catch you all soon.

But in the meantime, keep calm and stay rusty. Cheerio.