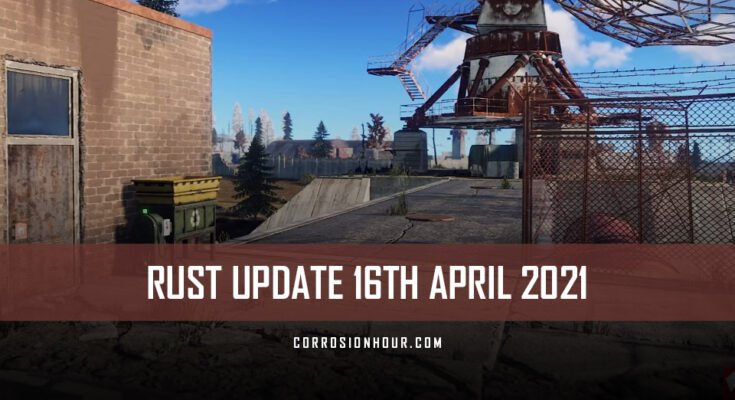 There’s been a lot of work done this past week to tweak and fix bugs in the HDRP backport branch. There’ve been many adjustments for the spawn densities and varieties of trees in various biomes. Many tweaks for population densities have also been made to help balance the distribution of trees in biomes like the tundra, where the high density of rock formations was preventing trees and bushes from spawning properly. And speaking of bushes, they now go away when you place foundations upon them! Goodbye indoor bushes.

Additionally, the recycler at the Satellites monument has been moved to a less-open location and harbors will no longer spawn on off-shore islands on proc-gen maps.

Greetings survivors and friends, Shadowfrax here with everything you need to know from this week’s Rust development, and I can’t keep my head still because for the first time in what seems like forever, my neck actually works again.

Yes, I’m leading with the story that now on staging, alt looking actually moves your head in third person again. You might remember this used to be a technology that we sadly lost, but it has returned!

So now as well as telegraphing your sneaky sideways glances for all to see, it’ll also help out with cinematics somewhat, although it does seem to be rather more subtle than before.

Another feature that has been craved for a long time, especially if you’re not a fan of house plants, is for foundations to displace bushes, or rather should I say remove them, because that’s what they’ll be doing on the Backport branch as of today when they’re destroyed in this way they’ll just respawn somewhere else on the map, so if you see a bush pop into existence in your face, then you know someone somewhere is building.

There was an optional update this week which applied a couple of fixes, including for multiple poker payouts and idle players being kicked from the table.

The console beta is now complete, and double eleven will be moving into the pre-order beta soon, which will involve a more updated version of the game with more features, and the Public release is still scheduled for the 21st of May.

Meanwhile, back over on the HDRP backport branch, things are very much still SUBJECT TO CHANGE with much tweakage being engaged in.. a lot of adjustments are being made to foliage and bushes, saplings are having their health and wood yields lowered. Procedural generation is also being fine-tuned to ensure harbors will no longer spawn on offshore islands. Plus, the recycler at the satellite dishes is being moved to a more sheltered location under one of the stands.

Some compound vendors are also being removed, namely the Vehicles extra and general machines – this is because they were a temporary fix prior to the introduction of the techtree.

And an HDRP backport version of Hapis island is coming along nicely, and although sadly, I don’t have any visuals to show you yet. I can confirm a recent commit about furniture that got a few people excited, thinking we’d get some more roleplay tat is actually referring to some extra assets being developed for the new Hapis, including a metal bed frame, mattress, sheets, an autopsy table, and emergency exit sign. So I’ll let your imagination ferment about the potentials for those.

Electrical counters have had some improvements to make large numbers scale better.

And there were a few minor fixes, including being able to deploy wind turbines underwater, missing sounds on research and repair tables, and a few typos being sorted, including rechargable batteries.

Well, at least the smart alarm still ‘sends a notifications.’

Oh yes, that ‘a’ definitely doesn’t belong there.

Scraping the barrel a bit now, are we?

There’s some more functionality coming to the cinematics side of things with the player seed command in demos now accepting player names and steamIDs as a source when changing a character’s appearance.

And a new command: ‘demo.recordshot’ is being added to record time-stamped camera movement into a named file in the demo folder, with ‘demo.playshot’ being used to playback a shot in sync with the demo. You’ll also be able to use ‘demo.autodebugcam’ to automatically switch to the debug cam when opening a demo.

Elsewhere there’s a lot more work going on with animal AI and new animal visuals, including the oh-so-important fur.

And you may have heard that some action was taken this last week regarding the increase in cheaters lately with the TEAM enacting a ban wave that got rid of over 3000 of them in a 38 hour period.. although they’re probably all back on new accounts by now, but still any bannage is good in the never-ending war of attrition.

Right, that’s it, leave me a comment, and a like, and subscribe if you haven’t already. You can watch me live on Twitch, follow me on Twitter, Facebook, Discord, and my Steeeeam group for updates on my content, and support the channel directly either on Patreon or by buying some of my sexy merch. All the links are down below; I shall catch you all soon, but in the meantime, keep calm and stay Rusty. Cheerio. 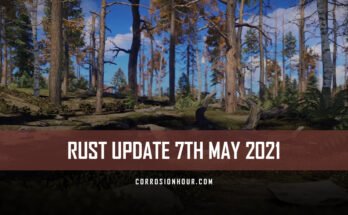