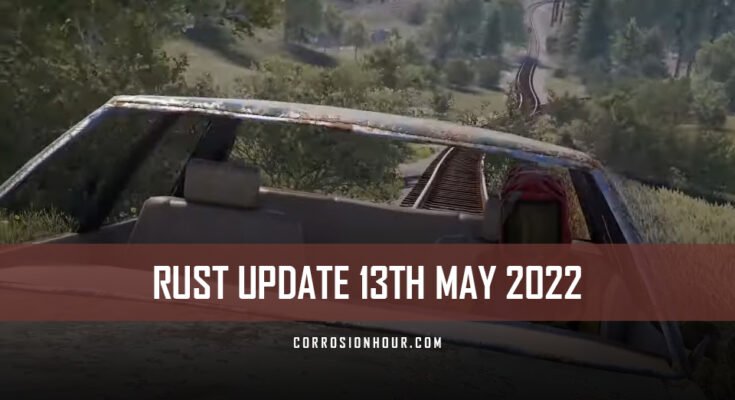 A new addition to the above-ground rail system popped onto staging this week–the rail sedan. This charming mode of transport is spawnable only by admins and can only be spawned on rails. The rail sedan features controls mostly like the workcart and provides seating for four. However, the sedan is a railway loner and cannot couple with wagons. Admins of staging servers can spawn one in by using the spawn sedanrail command.

The spraycan is making a comeback this week with progress on free-spray painting and decals. A freehand spray attachment will be attachable to the spraycan and allow players to freehand paint on approved surfaces. Both freehand sprays and decal sprays (there’s even a frog boot decal!) will be decay entities, and currently default to 3 hours before they decay. Server owners can change this decay timer on their servers using the global.sprayduration convar.

To help server admins with resource management on their servers, the global.MaxSpraysPerPlayer convar is being added, as well global.DeleteAllSprays and global.ClearAllSprays should creativity get a bit intense.

Greetings, survivors and friends; Shadow here with your weekly list of new things to remember. And as we hurtle towards over-the-hump-month, there are plenty of new things on the way for you to keep track of.

But First, as I am reliably informed by the ever-reliable PooTube, many of you who watch my vids aren’t actually subscribed, so why not make it official today? And put a bell on it…

Anyway, many of you may have seen this already, but the ability to use Nvidia filters in Rust has now been nuked from orbit. I’m sure a few of you must have been enjoying them, and of course, you were only using them for entirely artistic purposes. But in the interests of level playing fields and all that. I guess this is why we can’t have nice things.

Of course, a truly level playing field in Rust would require giving everyone the latest cheats each month, I suppose. But in the meantime, we’ll just have to put up with nearly everyone having them.

Talking of which, on the question of whether external crosshairs are kosher or not, apparently, this is not an issue as they’ll soon be included as a feature of Rust anyway, I believe, as part of the new recoil changes; so go for it.

The spray can is getting quite a bit of love this month to add back the paint and decals. There are some new convars coming to allow admins to remove all sprays from a server and limit how much spraypaint any one player can have active on a server at one time. By default, your daubings will last for three hours, but this can also be adjusted with a convar. I’ll put all of these in the description for you.

One thing to note is that although everyone will be able to use spray cans to reskin their items, decals and painting are apparently going to be paid content when they are added back in. Kerching!

On staging, the FPS counter can now be toggled in the options menu along with some extra info for memory usage and ping if you want it.

Horses will get the same lower stamina costs when traveling on rails as they currently do on roads.

The Trainyard is being rejigged to some extent in order to let it be linked up to the actual trainline. Wow, what a time to be alive when monuments actually make sense. Speaking of which, soon, Bradley won’t be the only Cobalt employee at the launch site, as it looks like scientist patrols are being added to the inside and top of the main building.

There are some more convars being added for admins to make it so that the ai will ignore specific players and one that will kill all animals on a server. With great power…

There was a fix for footsteps always sounding like you’re barefoot, another potential fix for an FPS drop when the item pickup notice is on screen. And where we’re going, we don’t need roads. If you were wondering what was going on with the car on rails, a new sedanrail entity has been added by the TEAM for admins to spawn. It only works on train tracks, doesn’t connect to wagons or anything, and has four comfy seats, but it works pretty much the same as a workcart, apart from that. Whatever next, a boat sedan? A flying sedan? A time-traveling sedan?

Lastly, it looks like the wait is almost over. Last week I mentioned that the all-new improved Hapis island should be returning to servers next month, and in fact, SUBJECT TO CHANGE, it may already be the case, depending on when you watch this, that the map will be available on staging for testing and bug fixes! I’ll try to post details on my socials when that happens, so make sure you’re following me on Twitter, Facebook, Discord, and my Steeeeam group. Also, I’m on Twitch, so follow me there. The links are below.

You can support the channel here directly with Patreon, youtube memberships, and via my merch store if you like. I shall catch you all soon, but in the meantime, keep calm and stay Rusty. Cheerio. 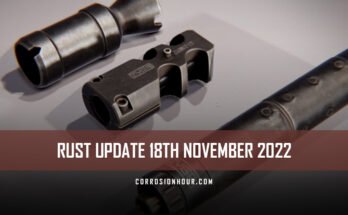 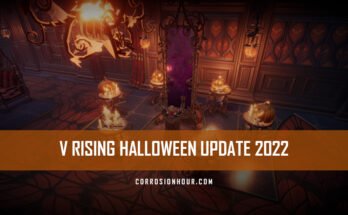