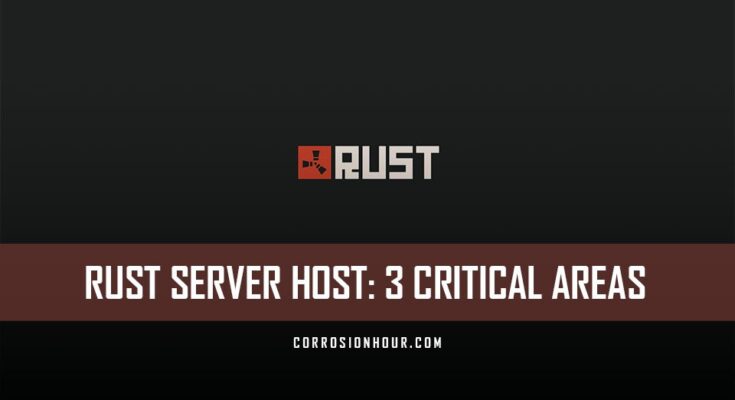 What is a RUST server host?

A RUST server host is an entity that physically administers and supports the hardware in which the RUST game server operates on. They’re also often referred to as game service provider or GSP for short. Many RUST server hosts contract space and hardware from locations across the world to be able to provide a vast array of services and locations.

A typical GSP is made up of a group of professional staff, often resembling the following roles:

These professionals help ensure the smooth operation, from the very inception to the day the hardware must be retired. Note, however, not all server hosts are run by professional groups. Sometimes it’s a single person or very small group of people running a dedicated server, or someone offering pass-through services of a larger hosting provider.

The time, effort, knowledge and resources needed to successfully run a RUST server host is incredibly challenging. Let alone, the GSP market is highly competitive. GSP’s must constantly evolve and adapt their service and features to meet a bleeding edge audience of gamers.

With all of this in mind, there are those RUST server hosts that exceed expectations and many that fall short of them.

What does a RUST server host do?

RUST server hosts have one primary objective, to provide an environment in which a RUST server can be administered by their customers. Their core functions are to facilitate, maintain, support and grow the physical network of servers they control.

RUST server hosts have many tasks that they manage, including but not limited to:

Hosting the hardware in which RUST servers run requires a very skilled and dedicated group of professionals.  It’s important to remember the many beneficial areas of a RUST server host. Especially when considering running your own hardware.

3 critical areas to consider when selecting a RUST server host

There are many important factors to consider when selecting a RUST server host, more than can be covered in one sitting.

Below, we highlight the top 3 critical areas of value that an experienced and reputable RUST server host will provide. Each of these areas is worth their weigh in gold. They are also all things we’ve learned the hard way over the years hosting our own RUST servers.

24/7 technical support, with real-life humans on the other end

Countless times, we’ve run into scenarios where particular game server providers claimed a 24/7 support window but failed to live up to their service level agreements. Bad things happen when you least expect it. Having 24/7 technical support representative available at all times is absolutely critical. A RUST server that is offline for any length of time will harm your ability to maintain a thriving server population.

When working with servers of any type, you inevitably encounter severe issues outside of your control, often due to upstream providers. When these issues do occur, it’s crucial that your RUST server host is proactive and responsive.

It’s important that they promptly communicate issues with you when things go haywire, without you having to pull the information out of them. It’s never good to learn that there are issues with your server(s) from your own player base.

Being updated on the situation is also critical, so you can pass that information on to your players and keep them updated on the current state of things. Without this information, players will begin to look towards other servers, pretty quickly.

After building up a population on a server, one of the worst things to find out is that its performance is sub-par or even worse, it’s unusable. This often isn’t discovered until a server’s numbers have grown substantially.

Remember to read the terms of service, keeping an eye out for any clauses around this subject. The devil’s in the details. The fine print can cause great regret down the road. 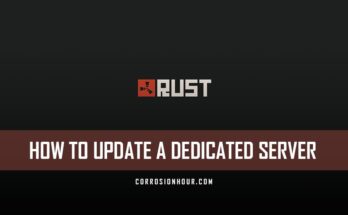 How to Update a Dedicated RUST Server 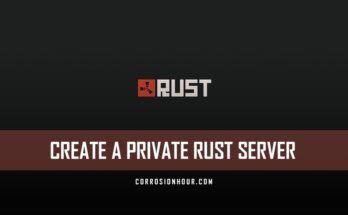 How To Create a Private RUST Server

How to Install uMod (Oxide) to a RUST Server