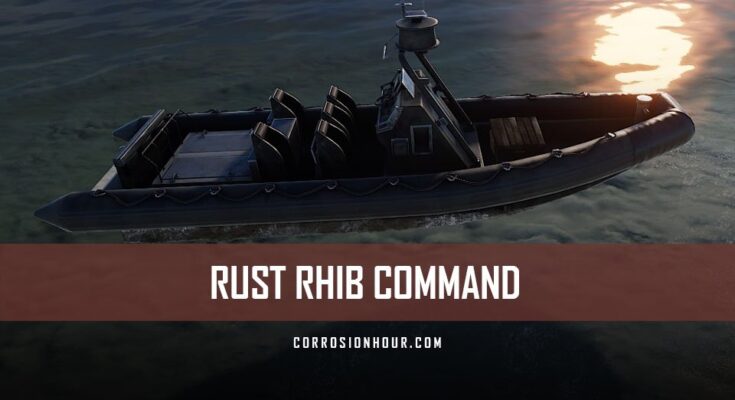 The RUST RHIB command, short for Rigid-Hulled Inflatable Boat, was hinted at in the RUST road map, but the first bit of evidence that the boat had made any progress was in a development commit on June 18th, 2018. On August 2nd, 2018, the RHIB was introduced to the main branch in The Bandit Town Update, but the event side of things hadn’t quite been completed.

It was expected that this boat would be under the scientist’s command and become another event type. The RHIB event will be similar to the attack helicopter, air/supply drops, and the Chinook events. The road map hints these vessels might one day be used to transition from one server to the next.

Changes are expected to occur, but as it stands now:

Practical reasons for using the RUST RHIB command and variables

Who can enter the RUST RHIB command

Use the command below to spawn a single RHIB: