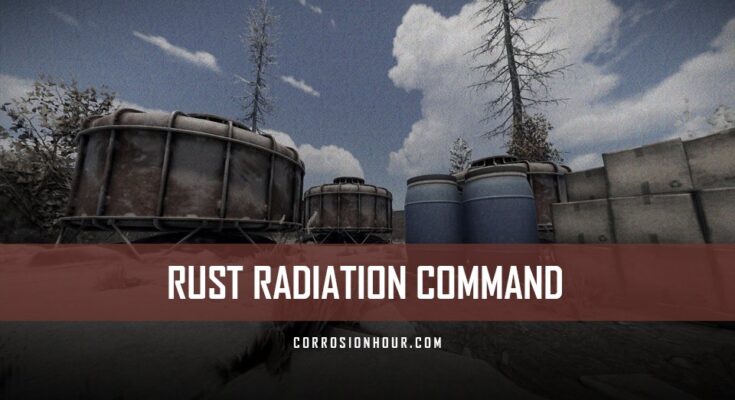 When a player enters these areas without sufficient radiation protection, their radiation count will begin to build up. Each players radiation count can reach a maximum of 500 points. A player inside of a radiation zone will hear an audible crackling noise from an ever-present Geiger counter, if their radiation resistance is not high enough, for as long as they are in the affected area.

A few practical reasons for using the RUST radiation command:

Who can enter the RUST radiation command

How to use the RUST radiation command

Before initiating the RUST radiation command:

Get the server’s current configuration value

Enable radiation on the server

Use the command below to enable radiation:

Disable radiation on the server

Use the command below to disable radiation: