The RUST levelurl command, introduced to the game in June 2018 as part of the Puzzle Update, gives the server’s administrators the ability to specify a custom map instead of procedural or static maps. This is done by passing a URL to the custom map file which is downloaded by both the server and player client.

With this new command, there are arguably endless possibilities that lie ahead of the RUST community. The sky is the limit, as they say, and we’ve already seen plenty of evidence that the map-making community will push the RUST SDK to its limits.

A few practical reasons for using the RUST levelurl command:

Who can use the RUST levelurl command

Prior to the server running, the RUST levelurl command & variable can be configured by server administrators. After the server is running, both admins and moderators can execute the levelurl command in the in-game console, server console, or 3rd party RCON consoles, to read out the variable’s current value.

Players will be unable to read out this value when connected to the server and issuing the command in the in-game console.

How to use the RUST levelurl command

Unlike traditional “commands”, this variable’s value must be read into memory before the RUST server starts up.

This means that the levelurl variable should be set before the server is launched. You can set this value in a batch file, daemon service, or configure it in the server.cfg file to be read in upon startup. Technically the variable’s value can be redefined while the server is running, however, it’s not advised to do so.

The levelurl variable accepts a web URL that points to a custom RUST map file. Many RUST server administrators use the dropbox service as a means for hosting the map, as there plenty of benefits, such as:

But note, any accessible web server that allows for public access to a hosted file will work.

One thing to note with using dropbox, when you use their share feature to generate the URL, they will append ?dl=0 to the end of the URL. You will need to change this value to ?dl=1 to enable the map to be downloaded. Otherwise, without following this step you will see an error that reads out “World cache version mismatch: …”

So we will use this in our examples below.

Use this command and variable to define a  specific custom map for your server to use.

Note that this RUST admin command does work from the in-game and 3rd party RCON consoles, but it is not advised to set in the console. It is best used by defining it in your startup configuration. 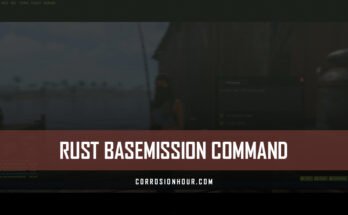 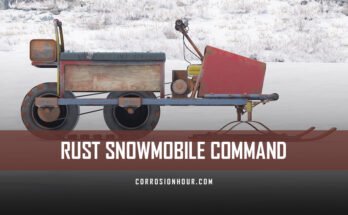