The Torch is a player-craftable light source tool in RUST, similar in function to the Flashlight but of a different hue and much more multidirectional. They produce a bright, orange glow that can be seen for miles at night.

Naturally, when used, players hold them instinctively near their heads to make their faces an easier target for night snipers. It cannot be used in tandem with a gun.

Torches are a default blueprint and spawn with every naked on every vanilla server, alongside the trusty Rock. While it is possible to attack with them as a melee weapon, they quickly break and aren’t very effective.

The Torch first became skinnable with RUST’s Halloween 2022 content update, with the introduction of the Cultist Deer Torch. 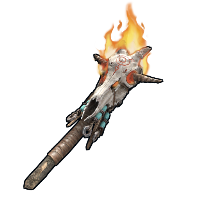 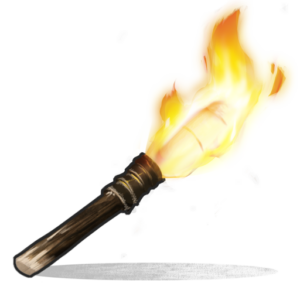