Players may deploy splitters on most surfaces and use a Wiring Tool to connect to its Power In and 3 Power Out ports.  They require 1 power (each) to run and then divert any remaining power equally among its USED power output ports.

A popular misconception is that power will be split evenly among all 3 outputs regardless of attached devices, but if only one device is attached, it will act as a single passthrough.  If two devices are attached, it will split the power in 50/50, and with all three, it splits 33/33/33.

Splitters may be found in an assortment of low-to-mid-tier crates, as well as drops from a wide range of scientists.  Players may also research them or invest scrap into the Tier 1 Workbench tech tree. 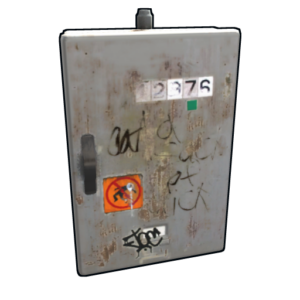